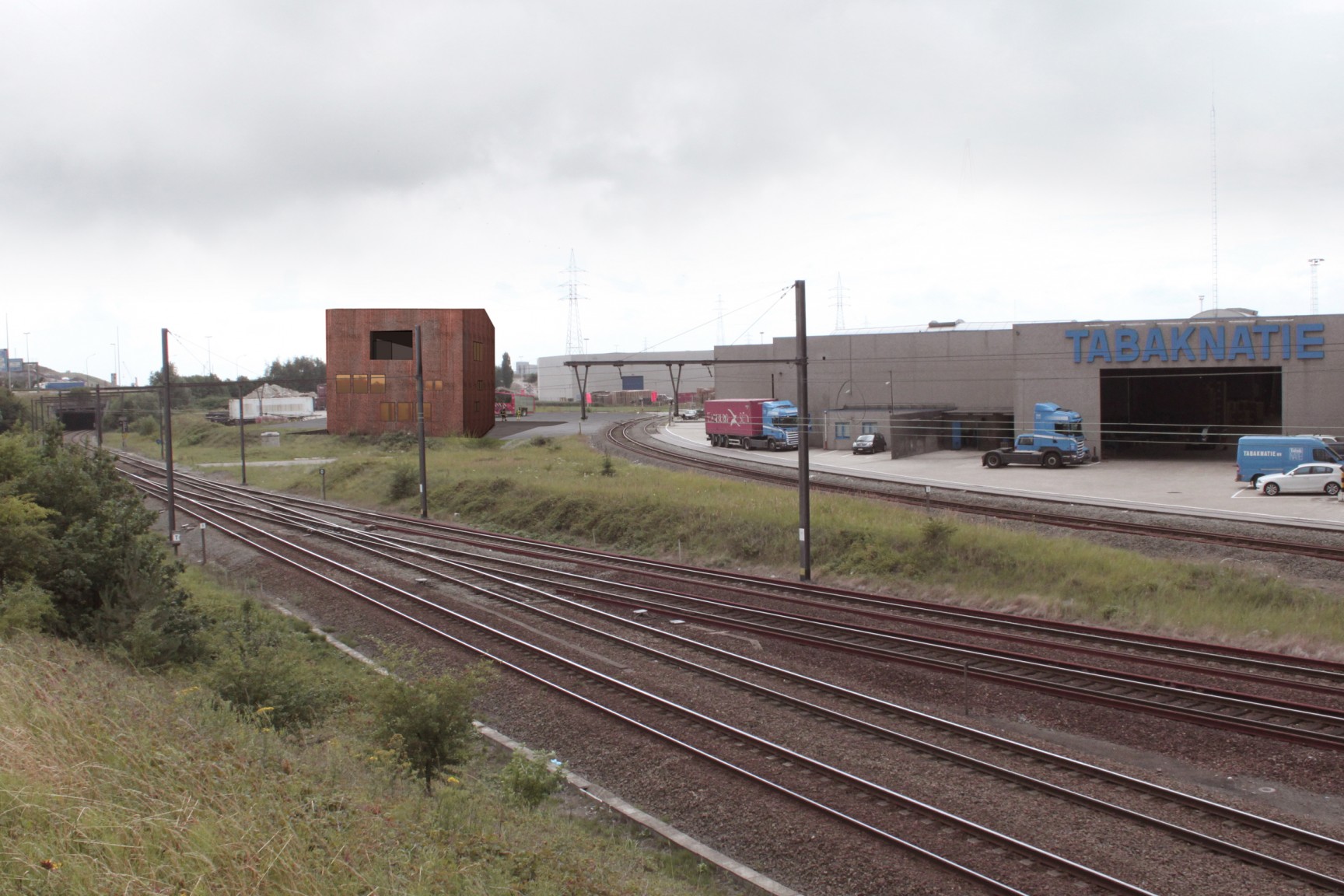 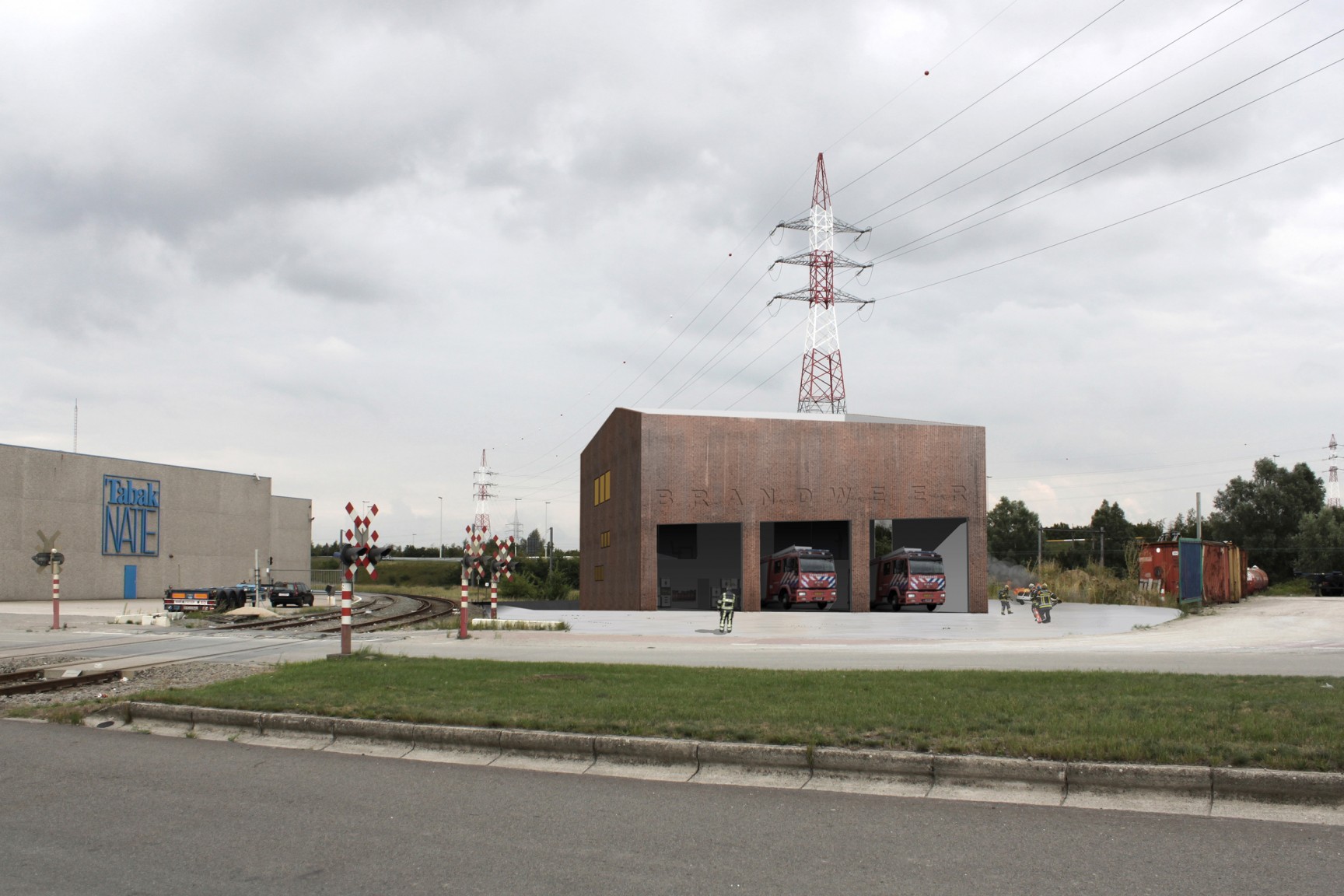 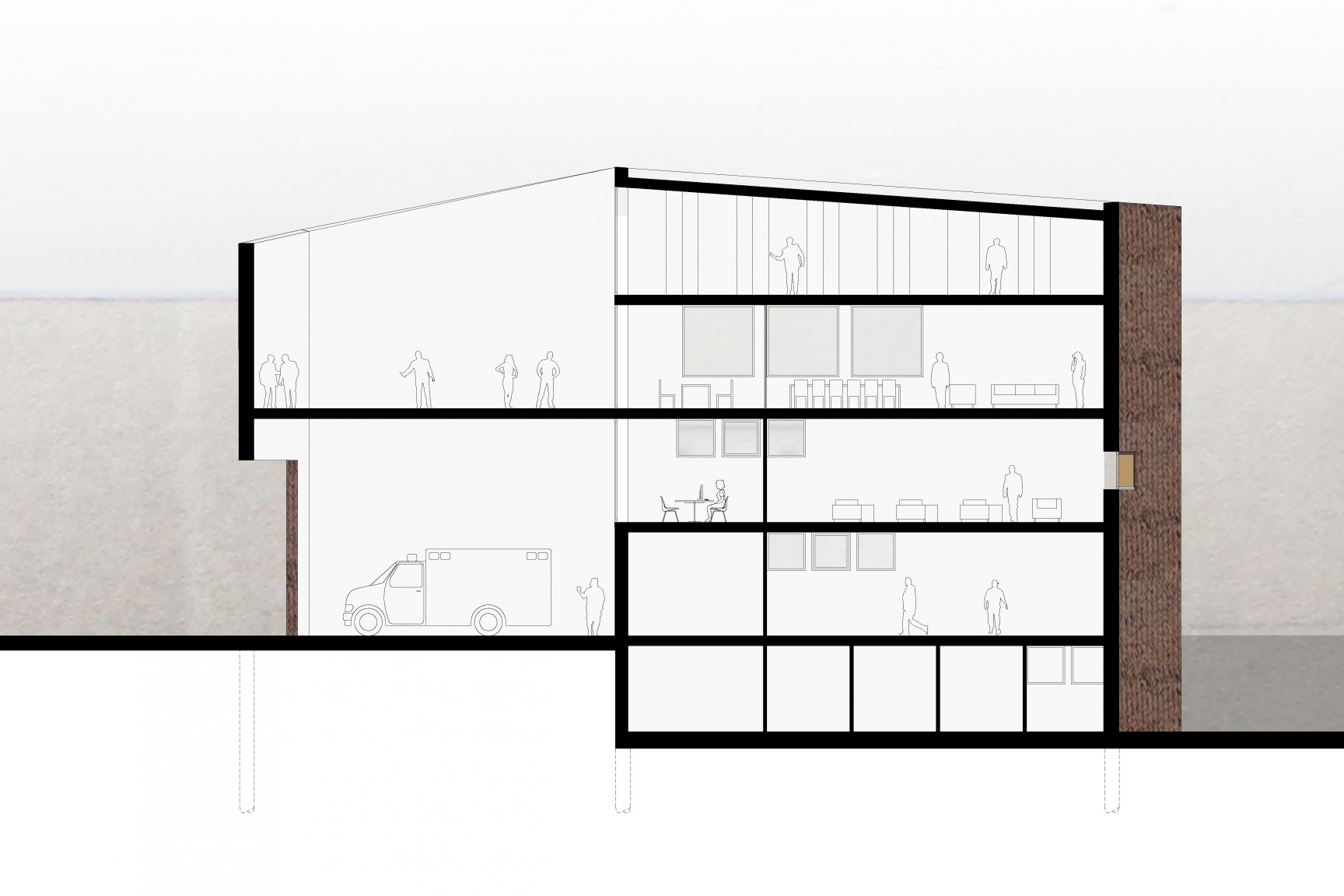 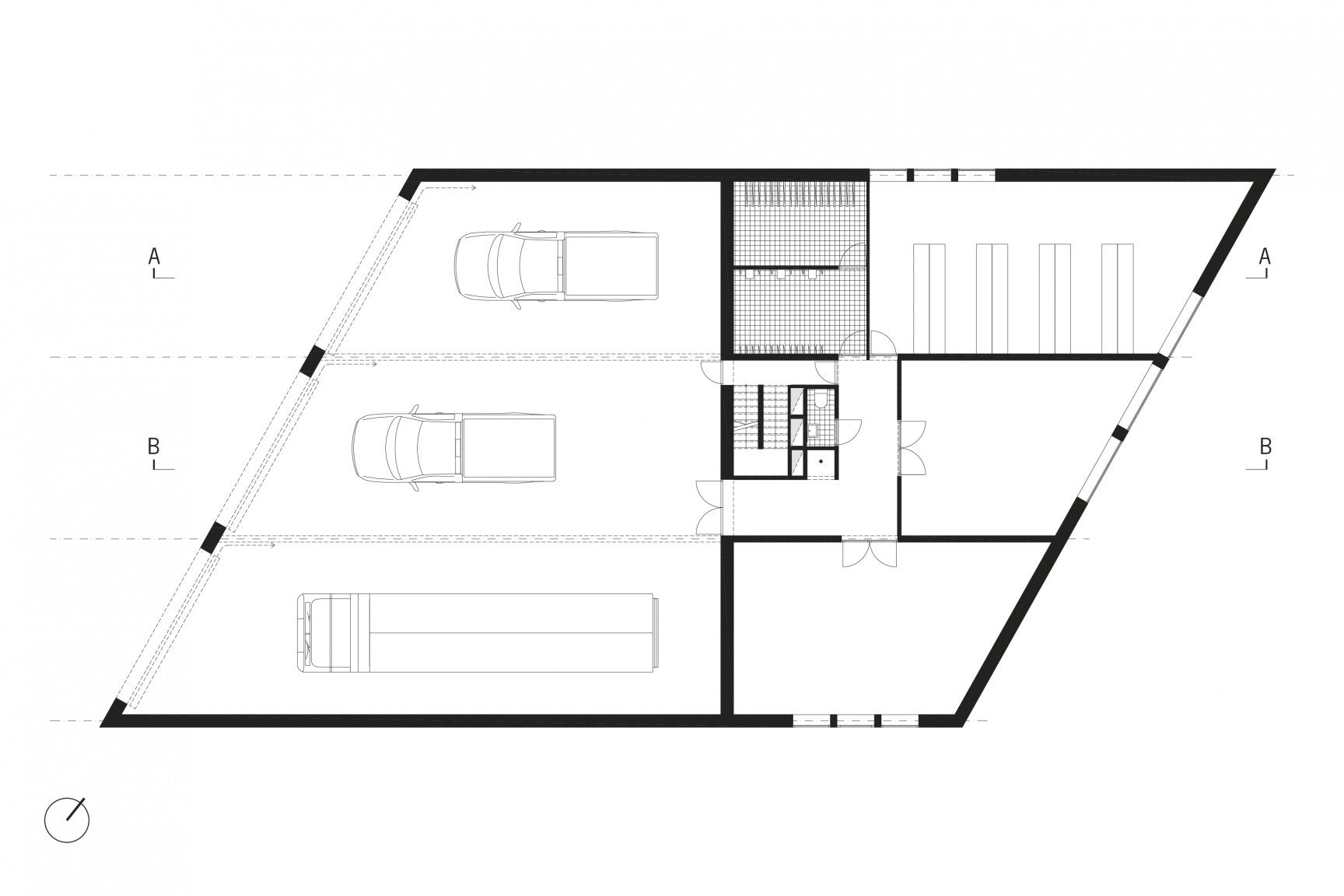 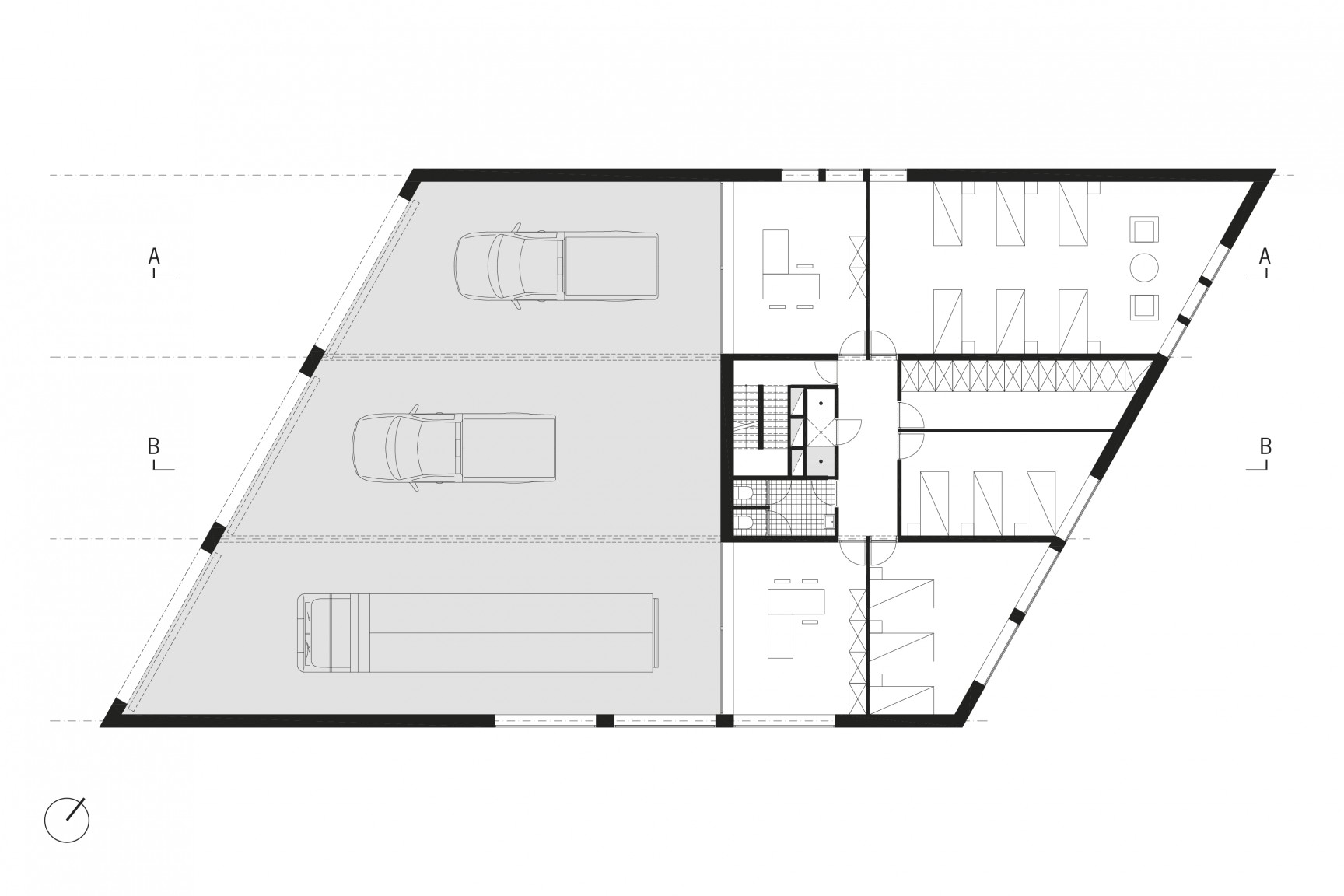 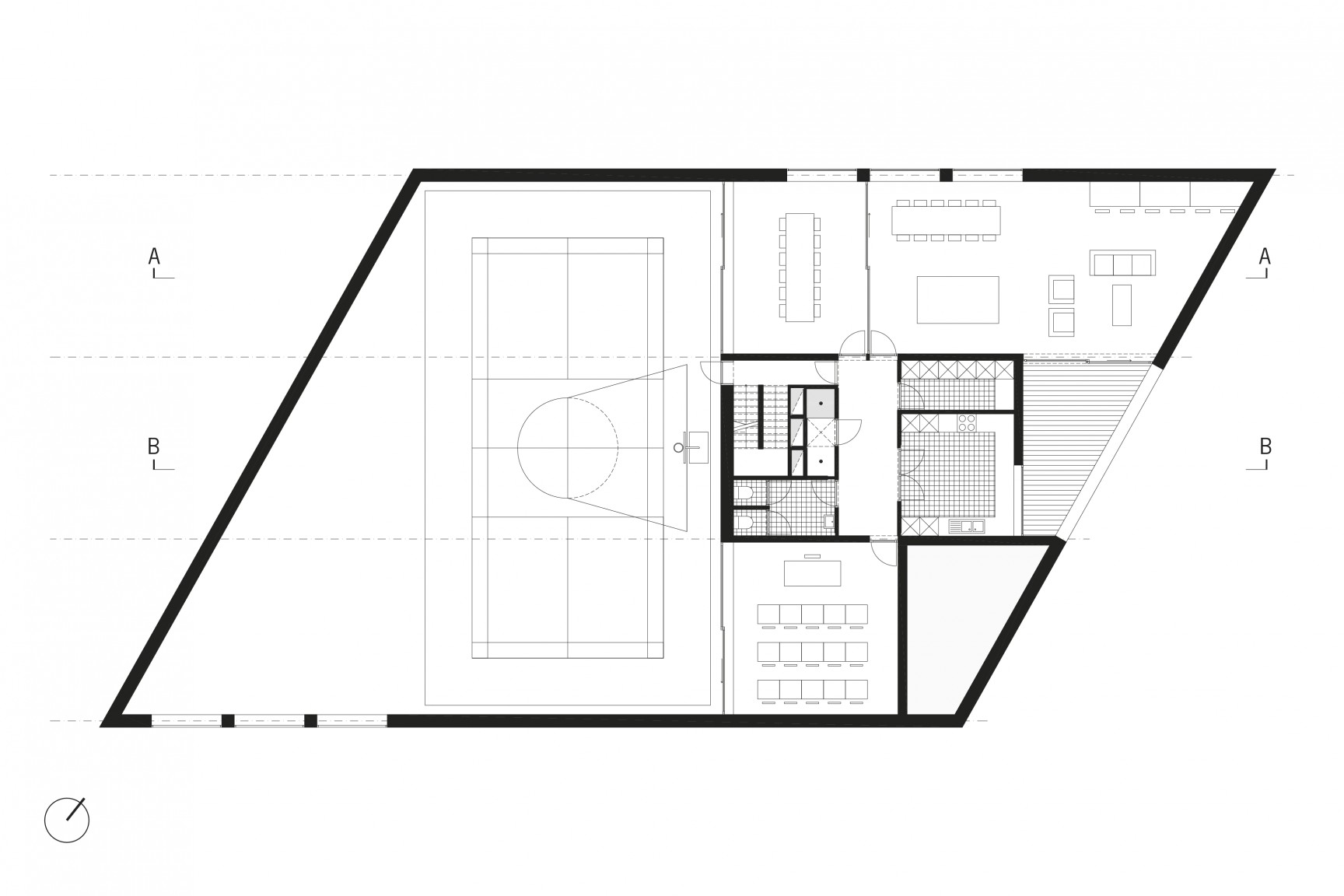 Located on the eastern side of the port in the Berendrecht area, the site is an odd-shaped, neglected area of land that lies at an infrastructural intersection: a boomerang shaped plot formed by a railroad and the motorway junction between A12 and the R2. In the north, a large warehouse belonging to Tabaknatie (a tobacco company) borders the plot and, in the south, an embankment marks the opening of a train tunnel. Despite these borders, the building is easy to distinguish, especially when approached from the front via the Kruisweg, and it is also partially visible from the overhead motorway junction.

The fire station is smaller in scale than the surrounding constructions. To manifest itself between these large-scale volumes, it needs to have enough formal expressiveness so as not to disappear into total anonymity. The building was thus developed so that it reads as a compact mono-volume from the outside. Despite its surroundings, the adjacent sports infrastructure is also part of the mass. This means that the volume is slightly higher than its direct neighbours so that it projects the requisite degree of formal strength.

The need for the gates to open directly onto the public road was crucial to the development of the design. By manipulating the shape of the ground plan into a parallelogram, the fire station fits within the specified construction lines: an ideal starting point from which to develop this intriguing volume. A variable building height provides an apposite solution for the integration of the outdoor sports terrain into the building, while a lower border around the latter gives rise to pleasing proportions.

A terrace directly linked to the recreational room lies on the eastern side of the fire station, while the inner terrace offers a panoramic view over the motorway and the surrounding farmland.