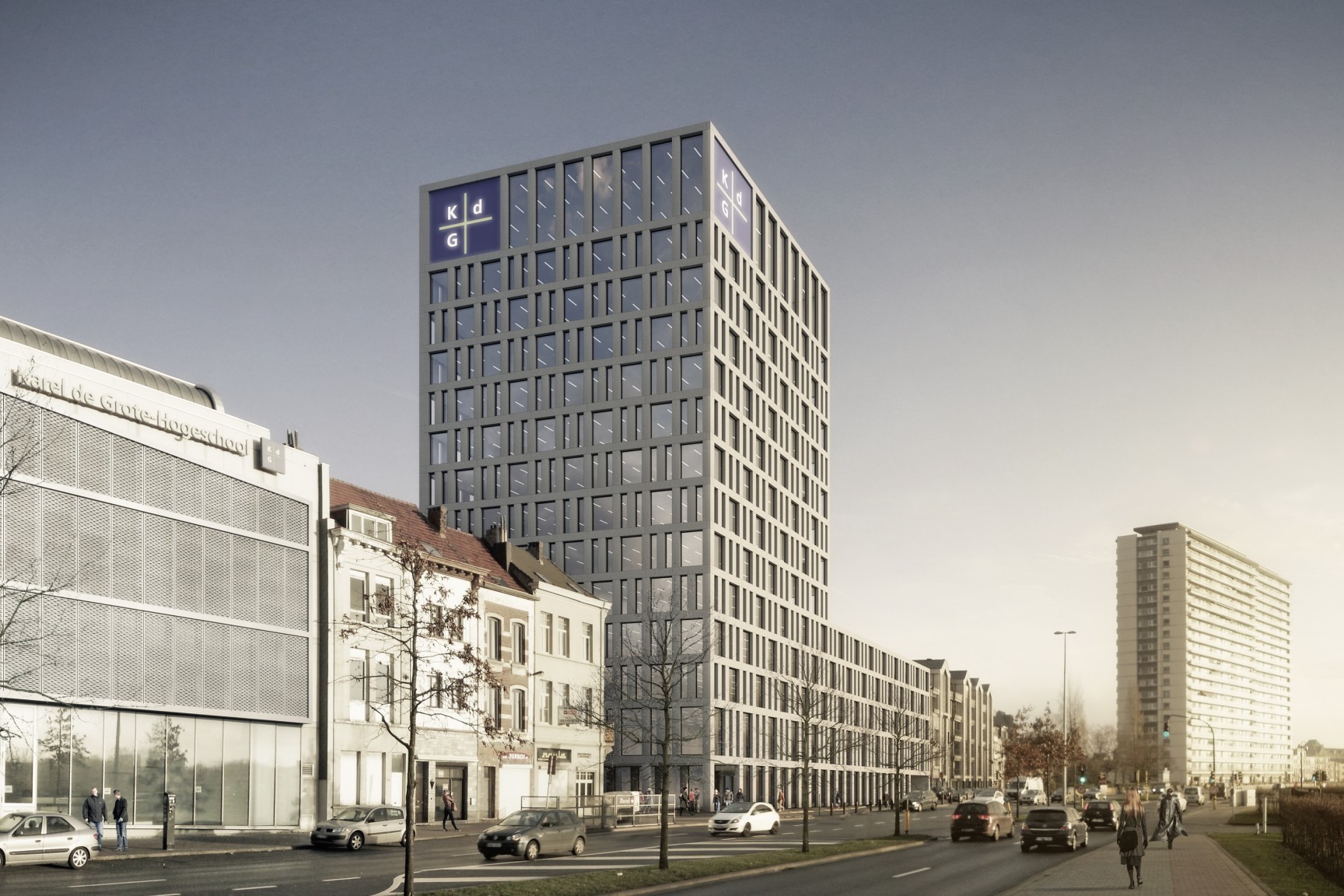 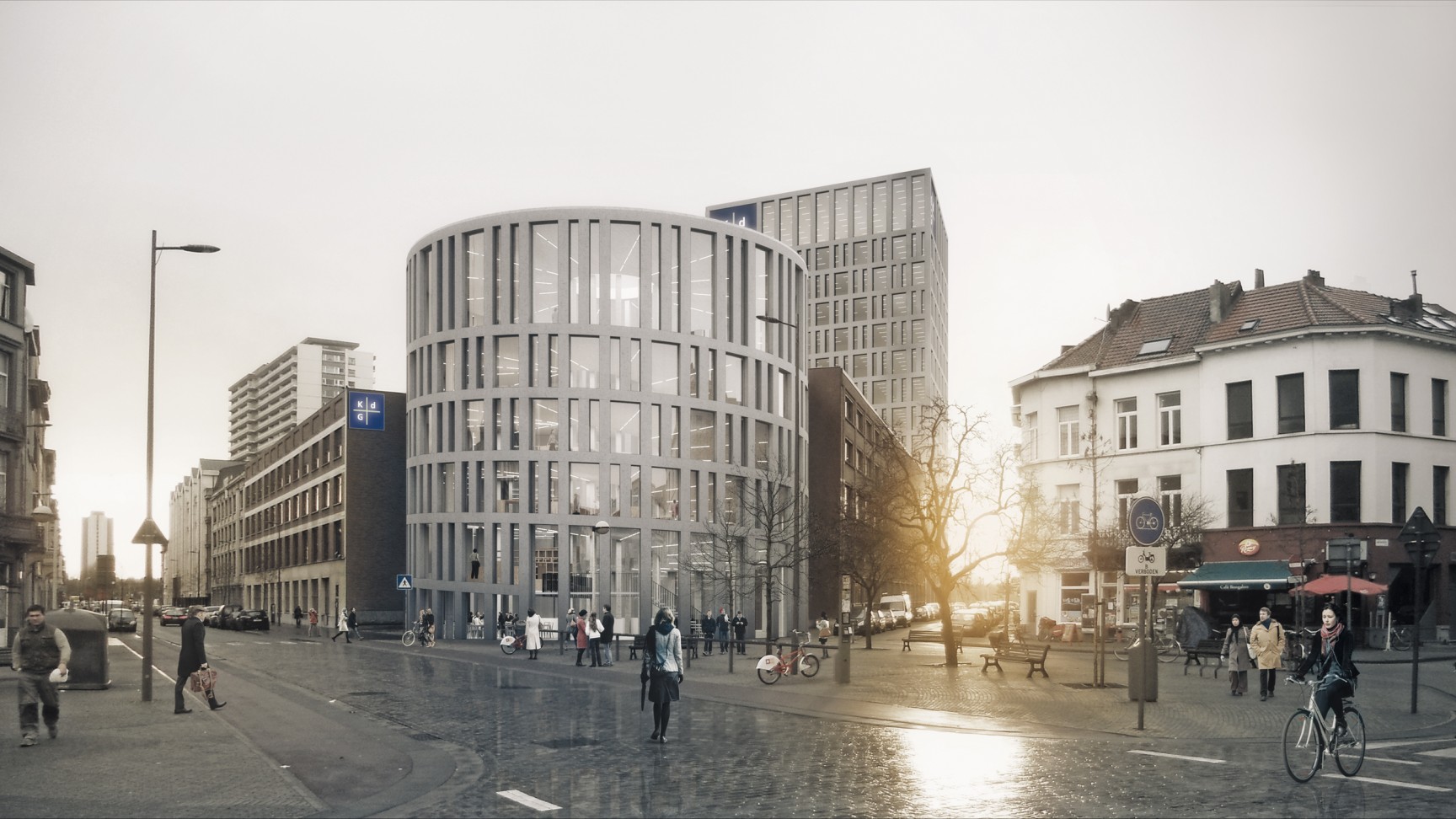 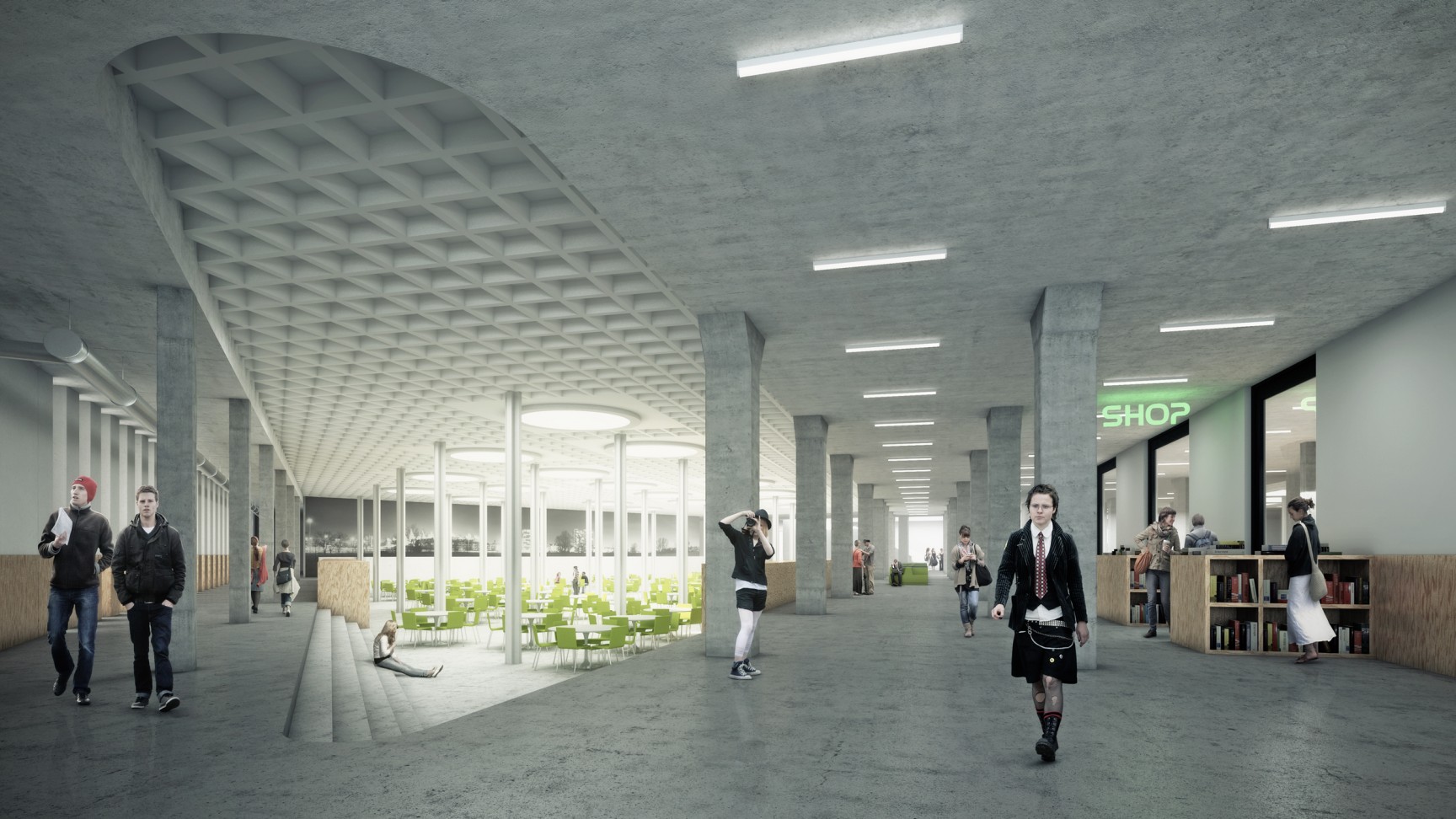 This competition design, which is for the building of Campus Zuid(South Campus) for the Karel de Grote-Hogeschool in Antwerp, is a proposal by META, Storimans Wijffels Architechten (NL), ABT and Studiebureau Boydens. The project encompasses the Northern part of the nineteenth-century belt, formed by the Brusselstraat, Ieperstraat and Montignystraat, and has an important representative function at both deSingel and the Troonplaats.

Campus Zuid, as a construction, would enclose the building block on all four sides and follow the contours of the former Parein factory. The design formulates a recognizable and dynamic answer to a number of strong urban conditions.

Campus Zuid consists of four volumes and a courtyard that, when taken together, form a single entity. The heart of the campus is formed by a centrally located cafeteria and boulevard to which a number of public functions are coupled. At the Troonplaats, the current parking ramp would be transformed into a culture café and a media library and receive a new identity.

The historical façades and structure of the building at the Montigny and Ieperstraat would be optimized but essentially remain the same. Along de Singel and Brusselstraat an efficient beam-like volume is created that primarily provides space for auditoriums and classrooms.