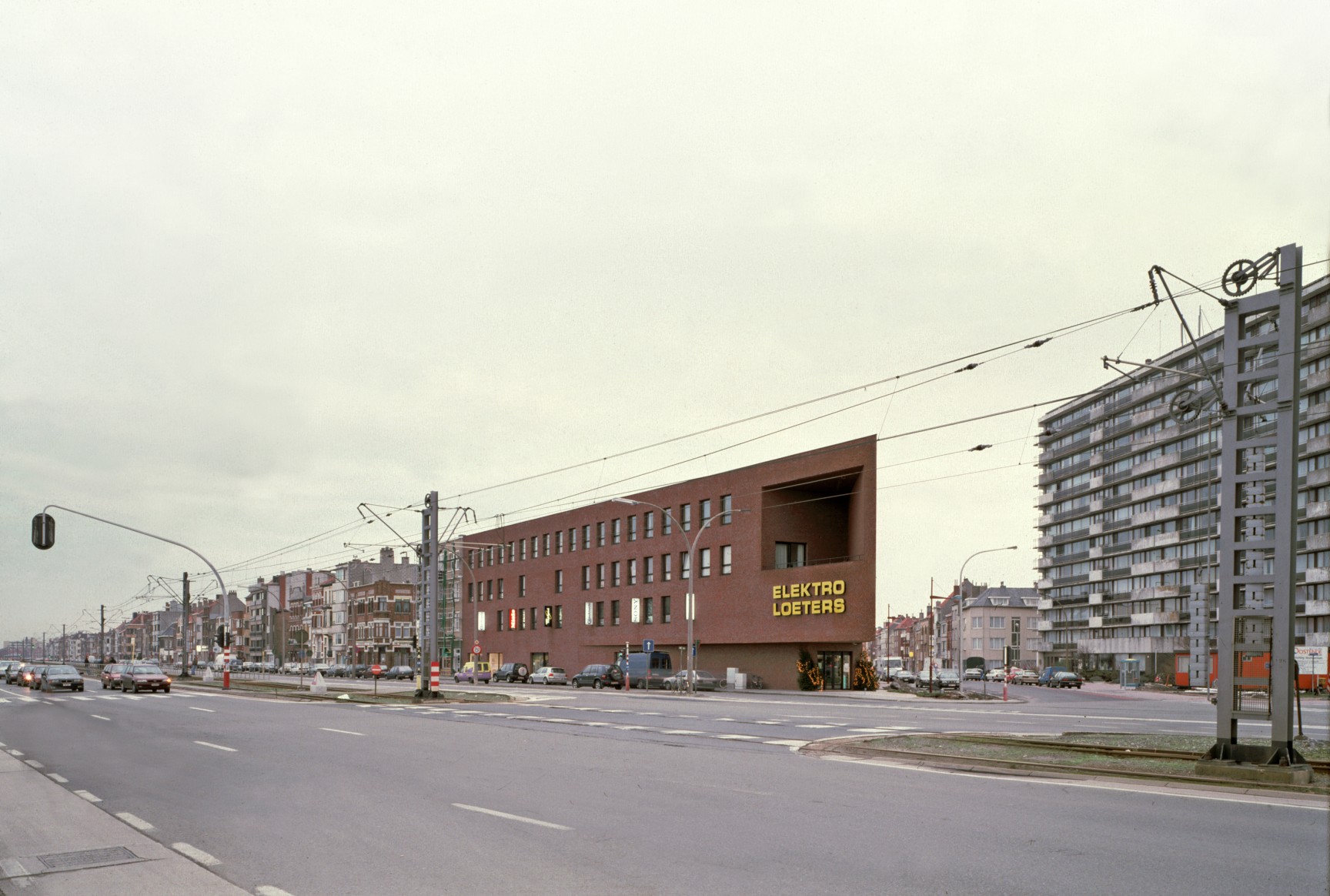 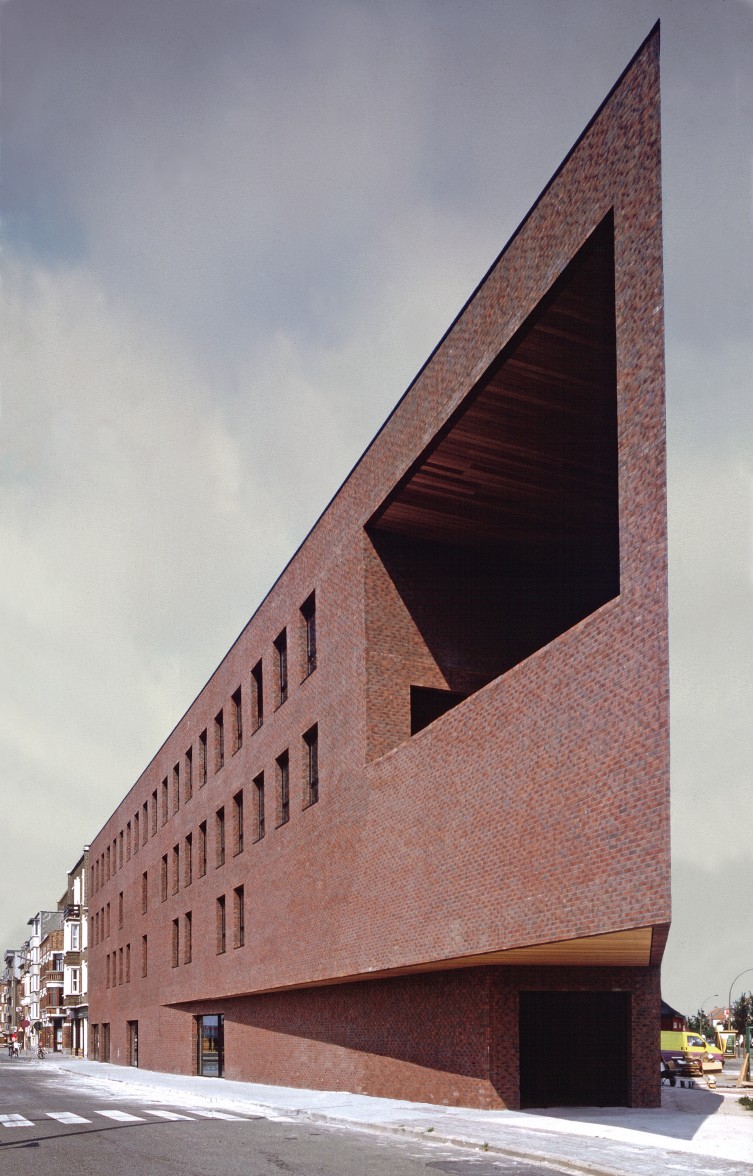 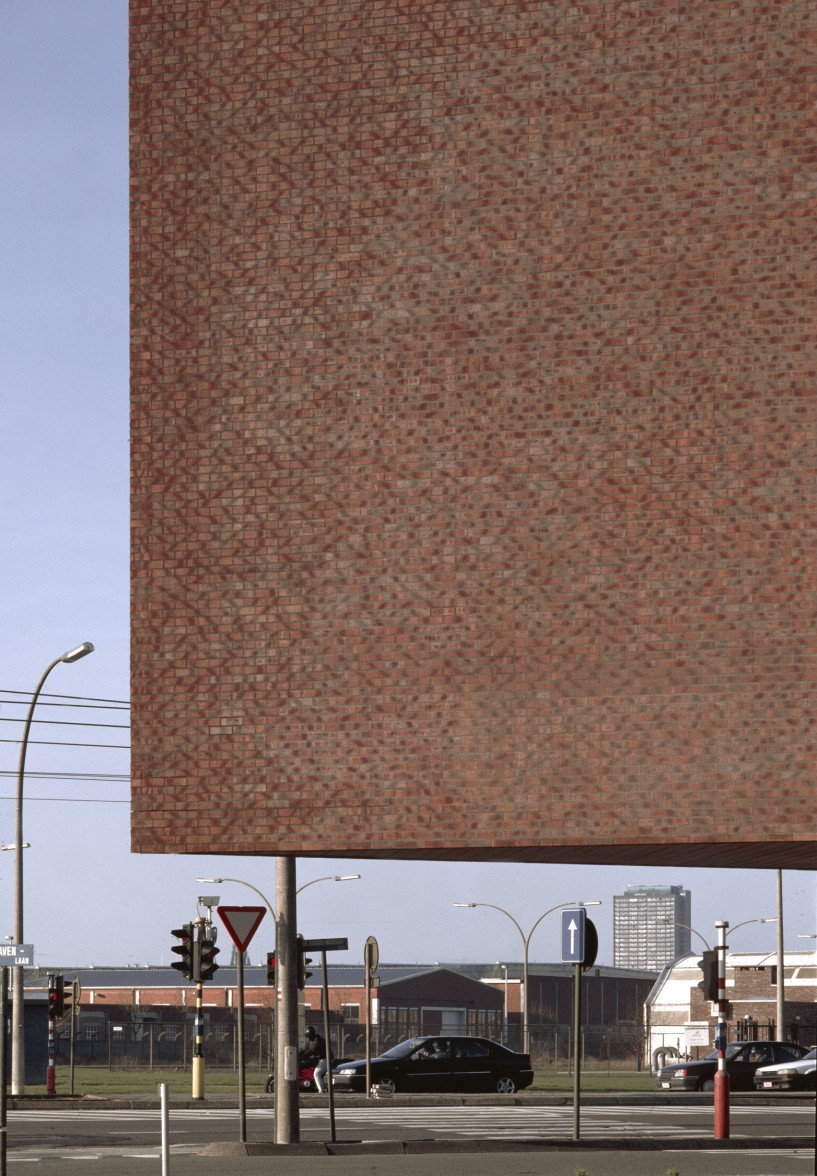 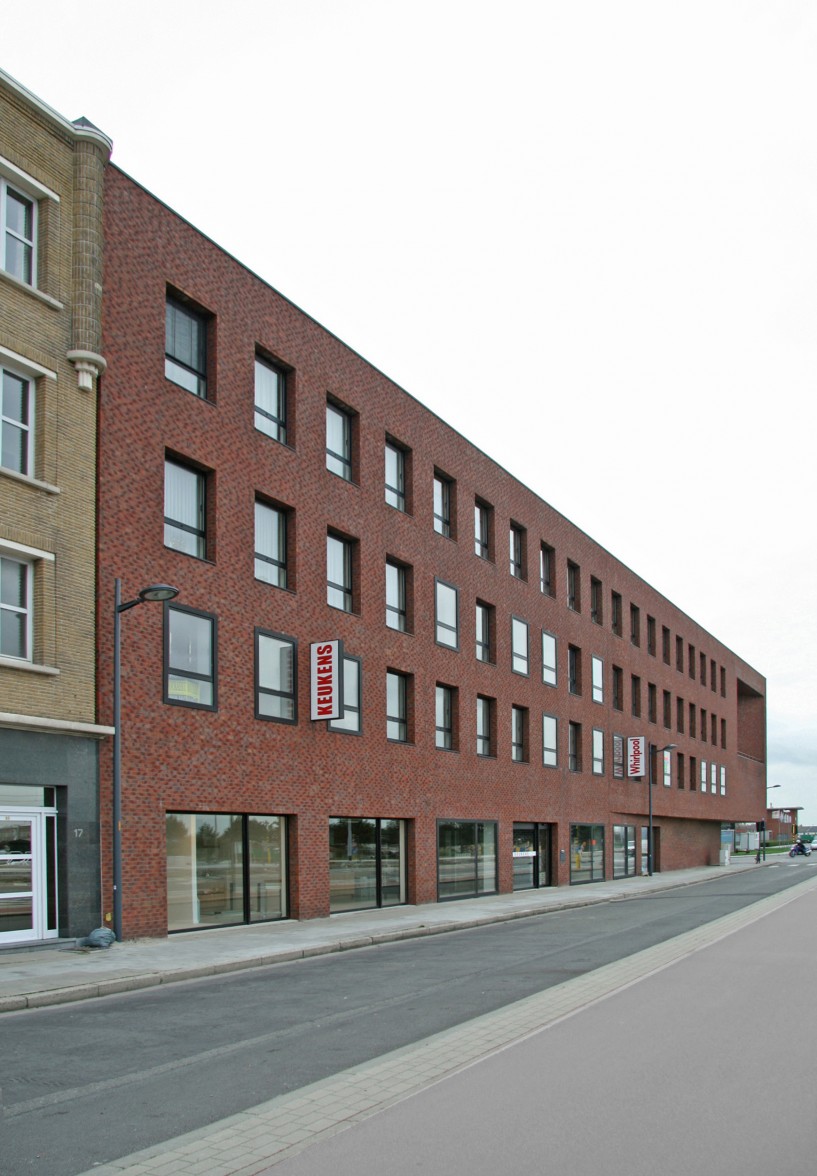 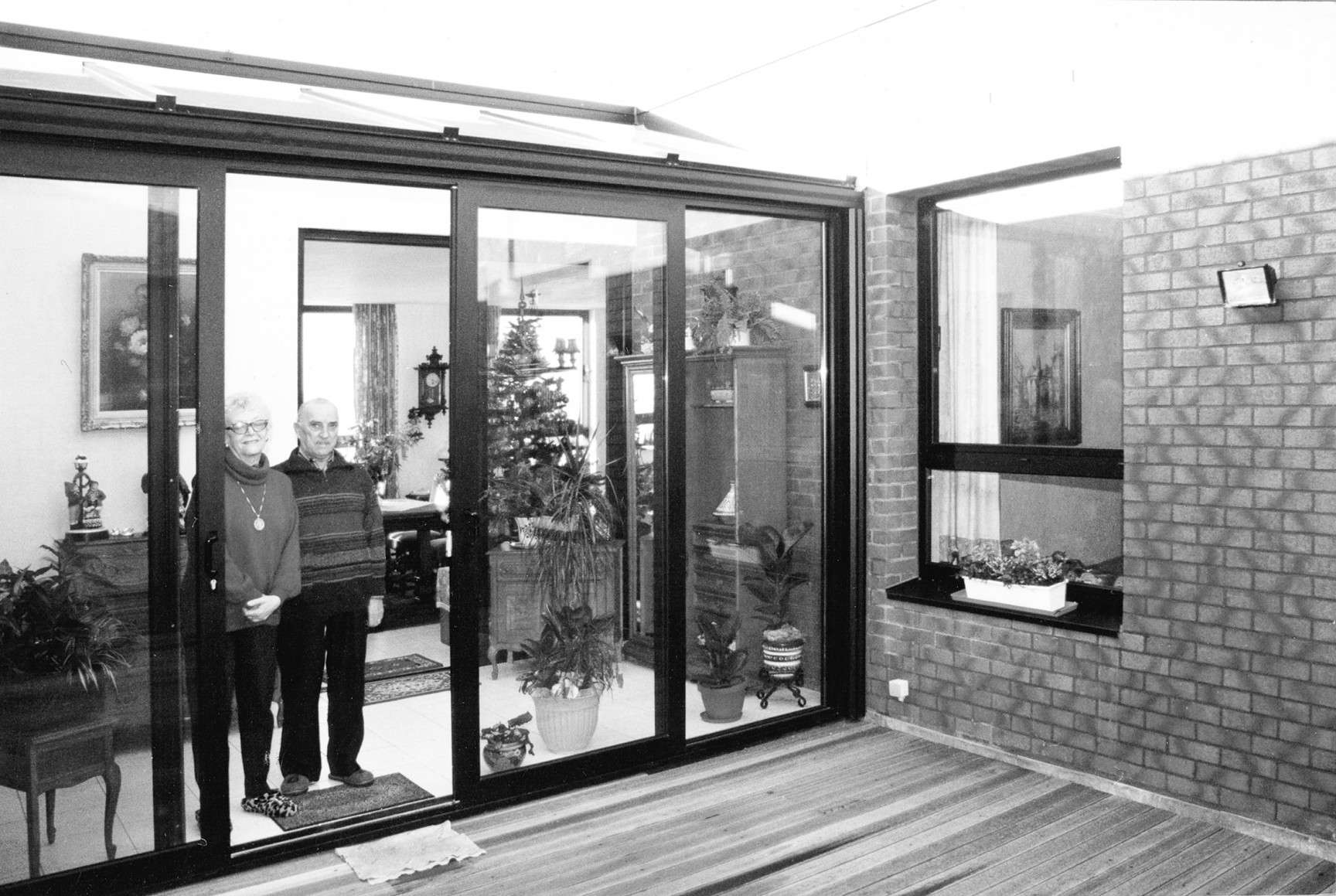 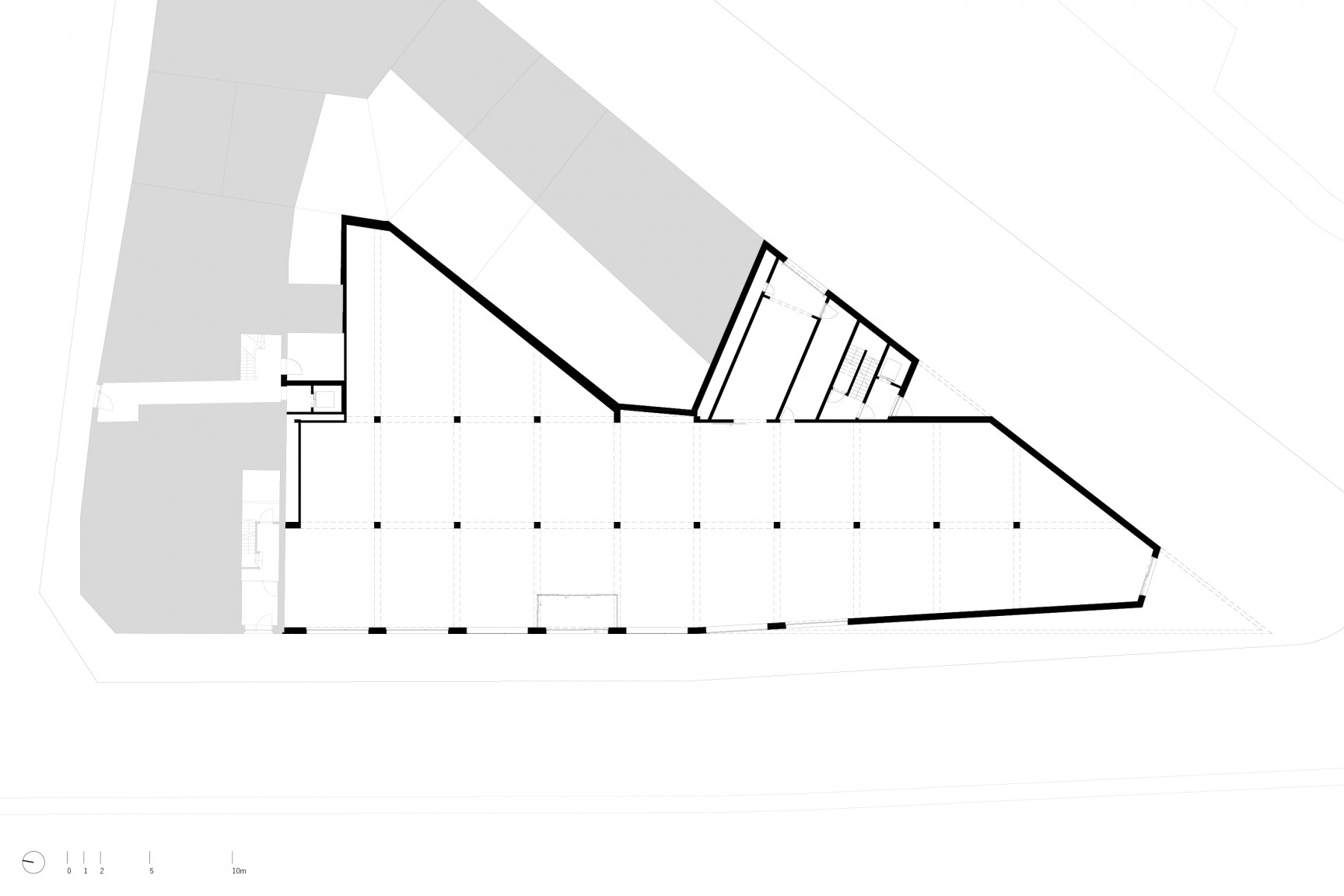 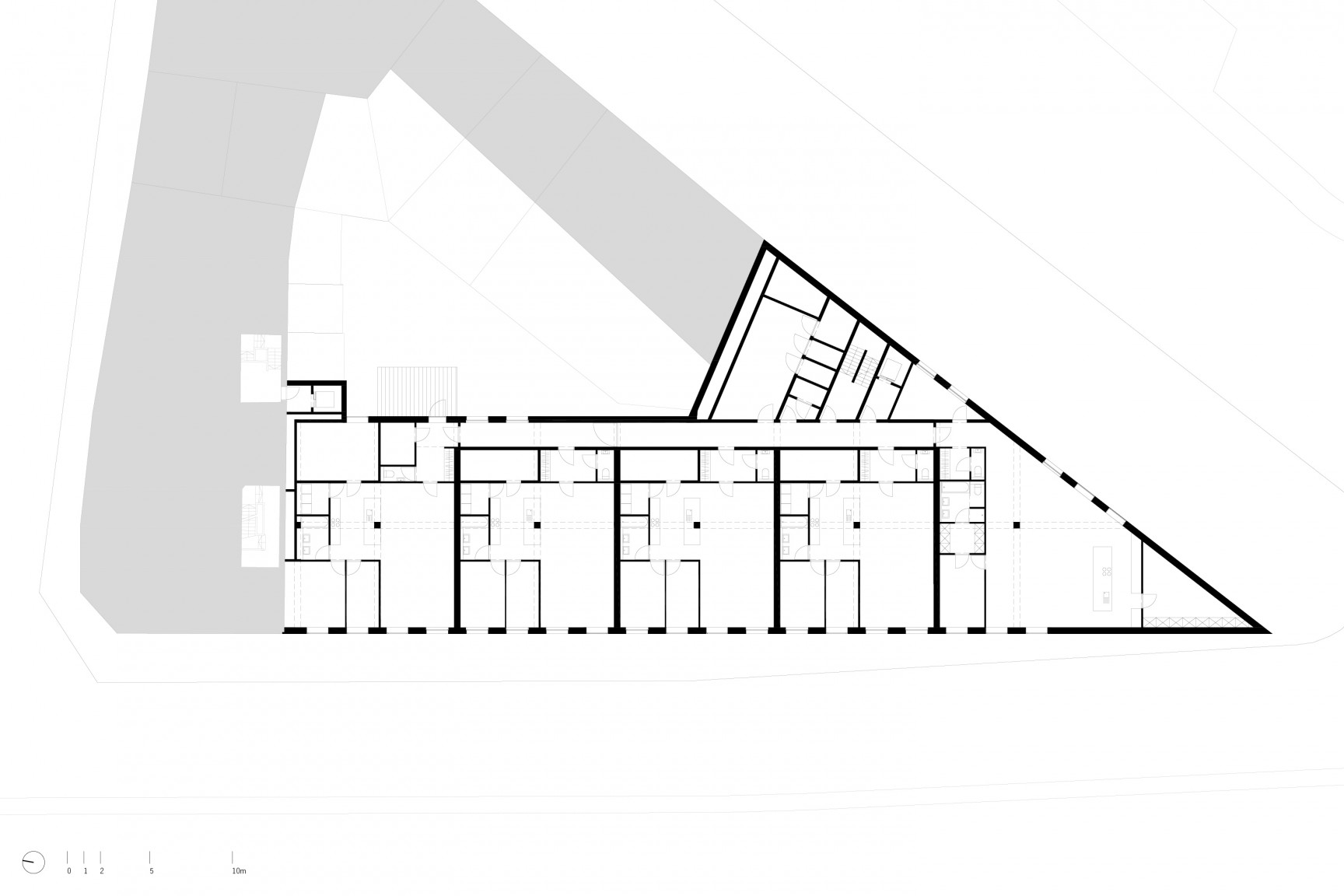 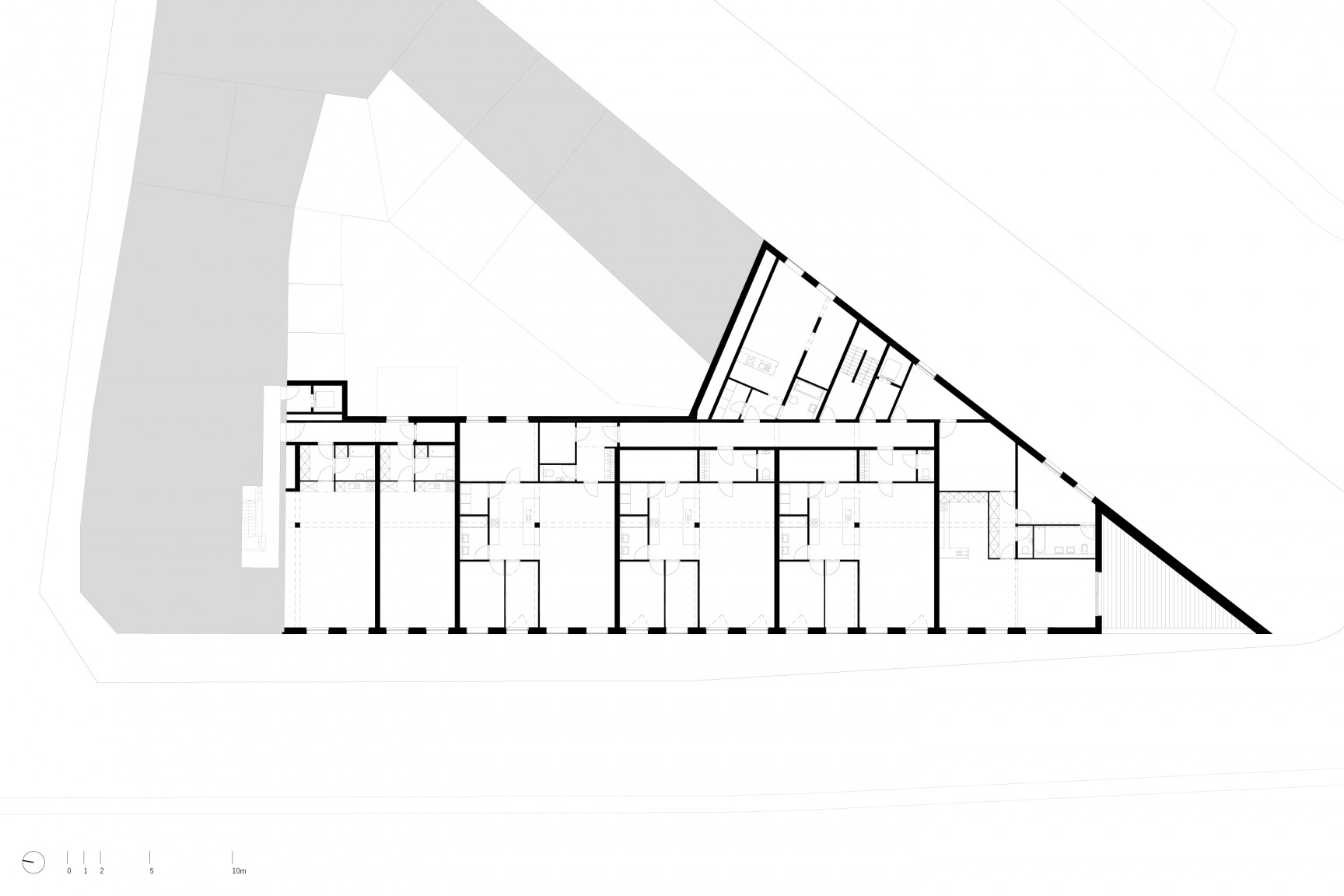 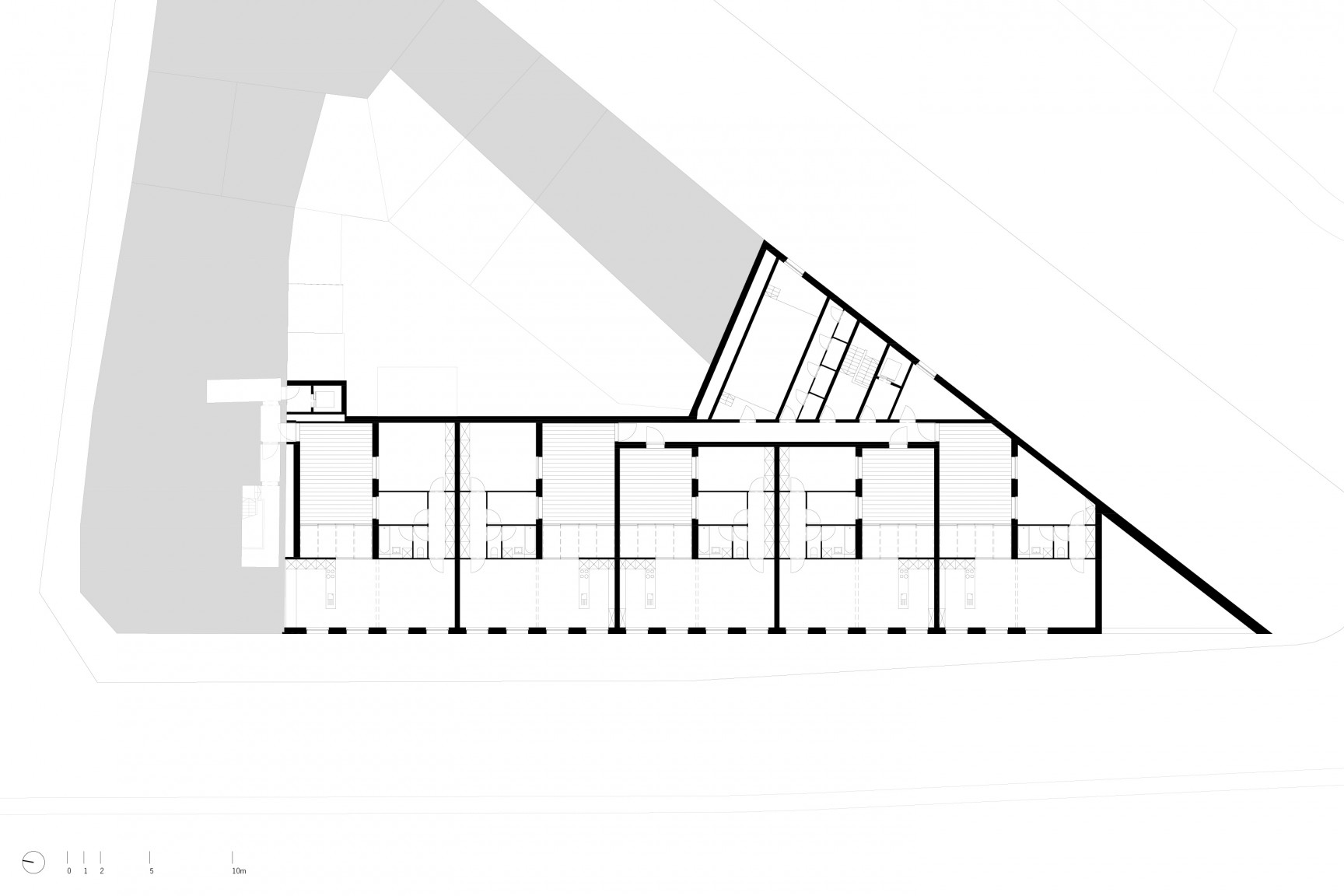 The project ‘Elektro Loeters’ is situated along a busy approach road and borders the Port of Ostend.

On the ground floor there is a commercial space, on the first floor a storage room and workspace, on the second floor the parking space and apartment are situated. On the third floor patio apartments are provided.

The building is developed in connexion to the adjacent building in function of shared circulation. On the ground floor the building follows the outline, on the upper floors the façade line. The difference forms the sharp corbelling. The building has a onefold concrete structure; the triangular rest space is used for vertical circulation (steps, elevators and a car elevator).

The priority demand of the commissioner not to provide penetrations in the store for stairs and lifts, and the specific shape of the terrain, resulted in the patio typology of the apartments. These are situated around an individual patio (porch included) on which the rooms give out. The living area takes form in the full width of the street front with a view of the harbour.

In 2007, ten years after the delivery, the commissioner came back to us with the request to transform his warehouse and parking into apartments. The theory was put into practice and ‘the typical plan’ has to prove its flexibility.

On the first and second floor, nine new apartments were installed of each roughly 110 m2, the car lift disappeared and became a communal bicycle parking. The patio apartments on the top floor and the commercial space on the ground floor stayed the same.