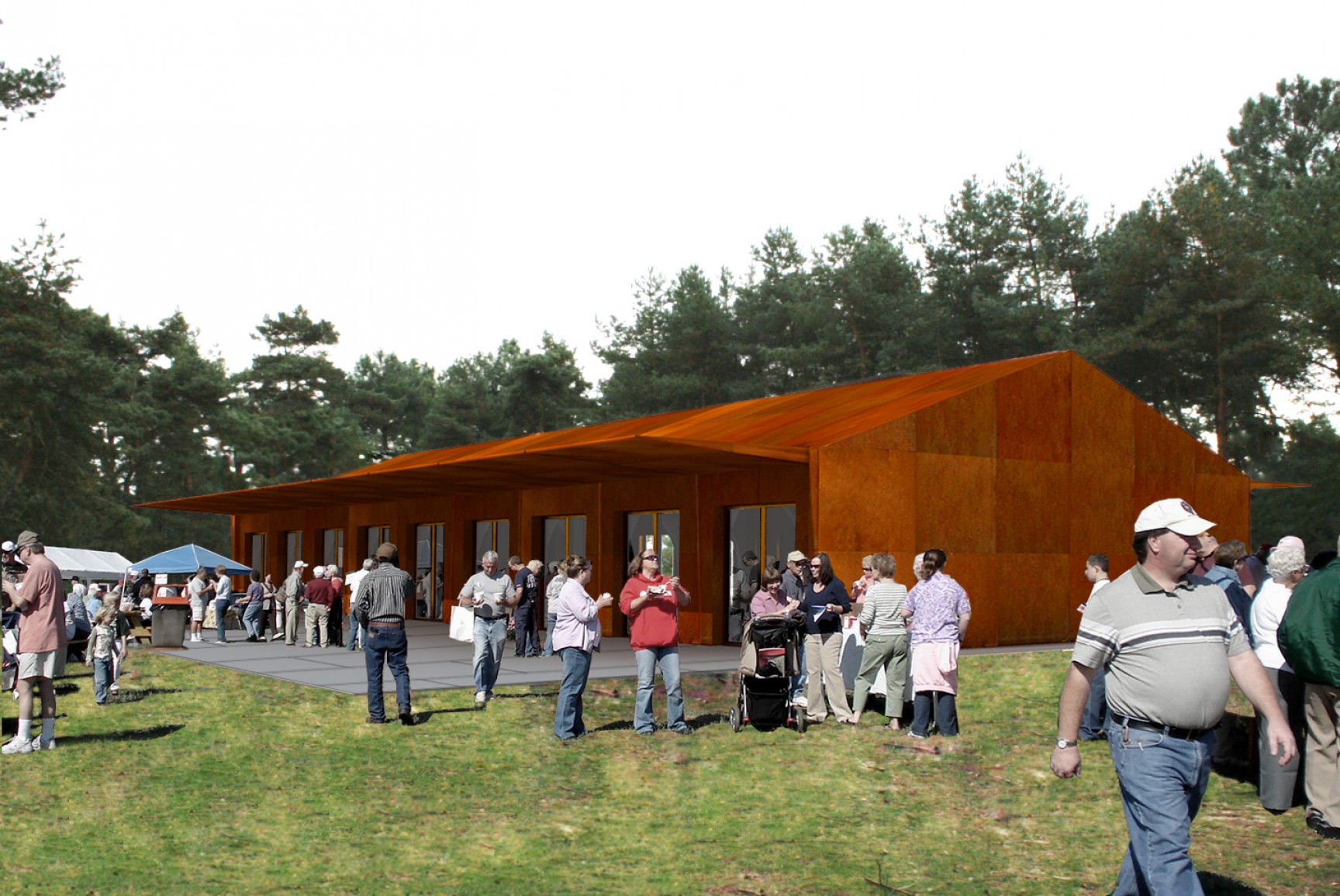 At the end of 2007, META was invited, together with BUUR (Bureau voor Urbanisme), to produce a design for the first phase of the Hoge Rielen master plan. The commission consisted of designing a hotel, renovating 2 derelict warehouses and the construction of the entire ‘contact strip’ on a domain organized according to military principles. This meant that there was only a minimal amount of space between the adjacent warehouses, which the master plan stated should be restored and repurposed.

During the competition, it became clear that the warehouses, no matter how great the investment, would never deliver a good building. Their age and poor state of repair were difficult to reconcile with the contemporary protocols governing fire safety and structural engineering.

We opted to present a replacement building as a strategy: a new, intelligent warehouse, with an identical shape, measurements and location, to take the place of the old structure. The approach reminds us of the mythical phoenix, a mystical creature that is capable of being reborn from its own ashes.

Since the intelligent warehouse can be used in a different way each time, the model was presented as solution for both the new-build hotel and for the renovation of the existing warehouses. By presenting a replacement building instead of a renovation scheme, and by creating a rational and efficient design, we were able achieve a 30% reduction in the estimated cost of the commission.