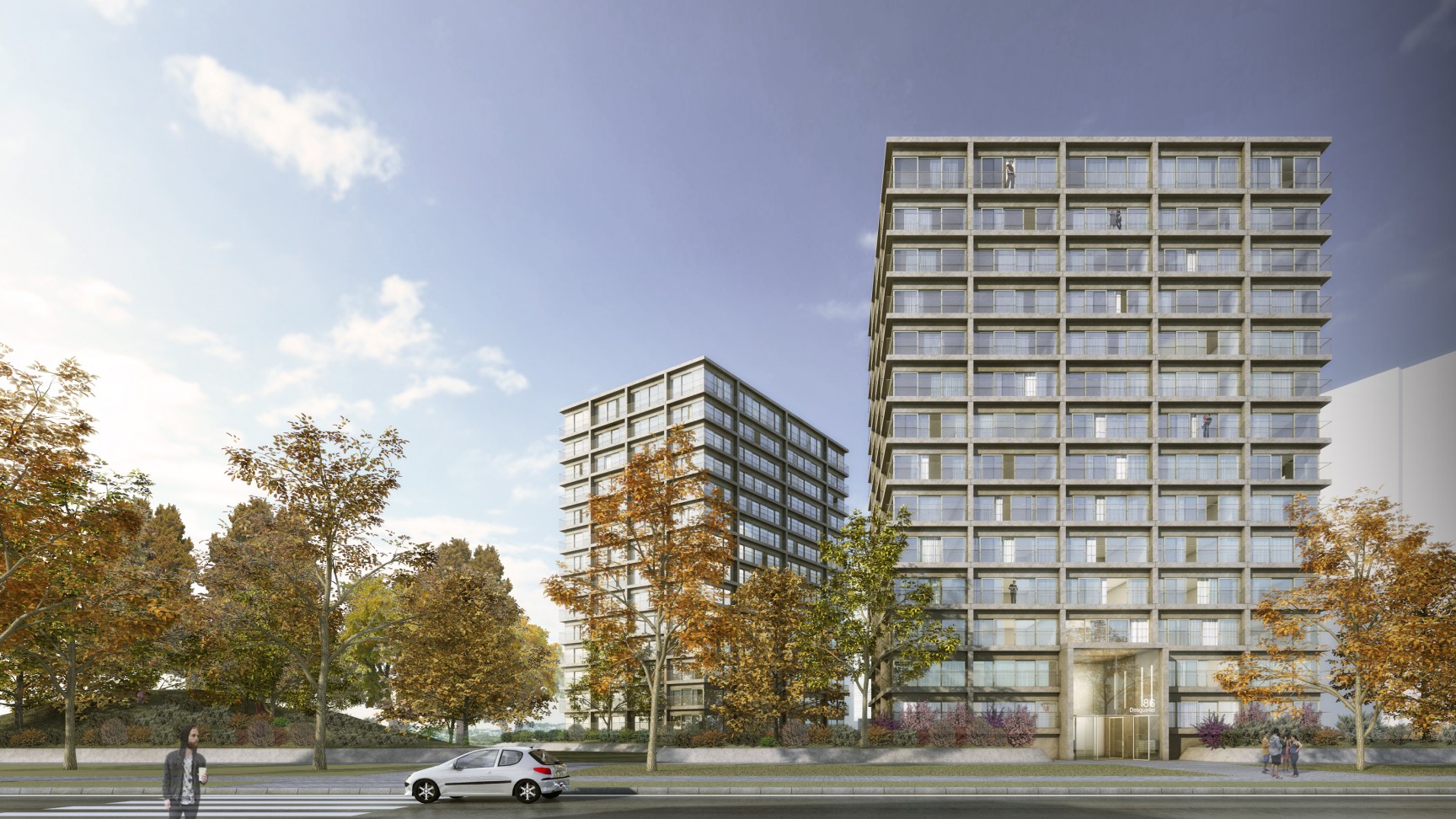 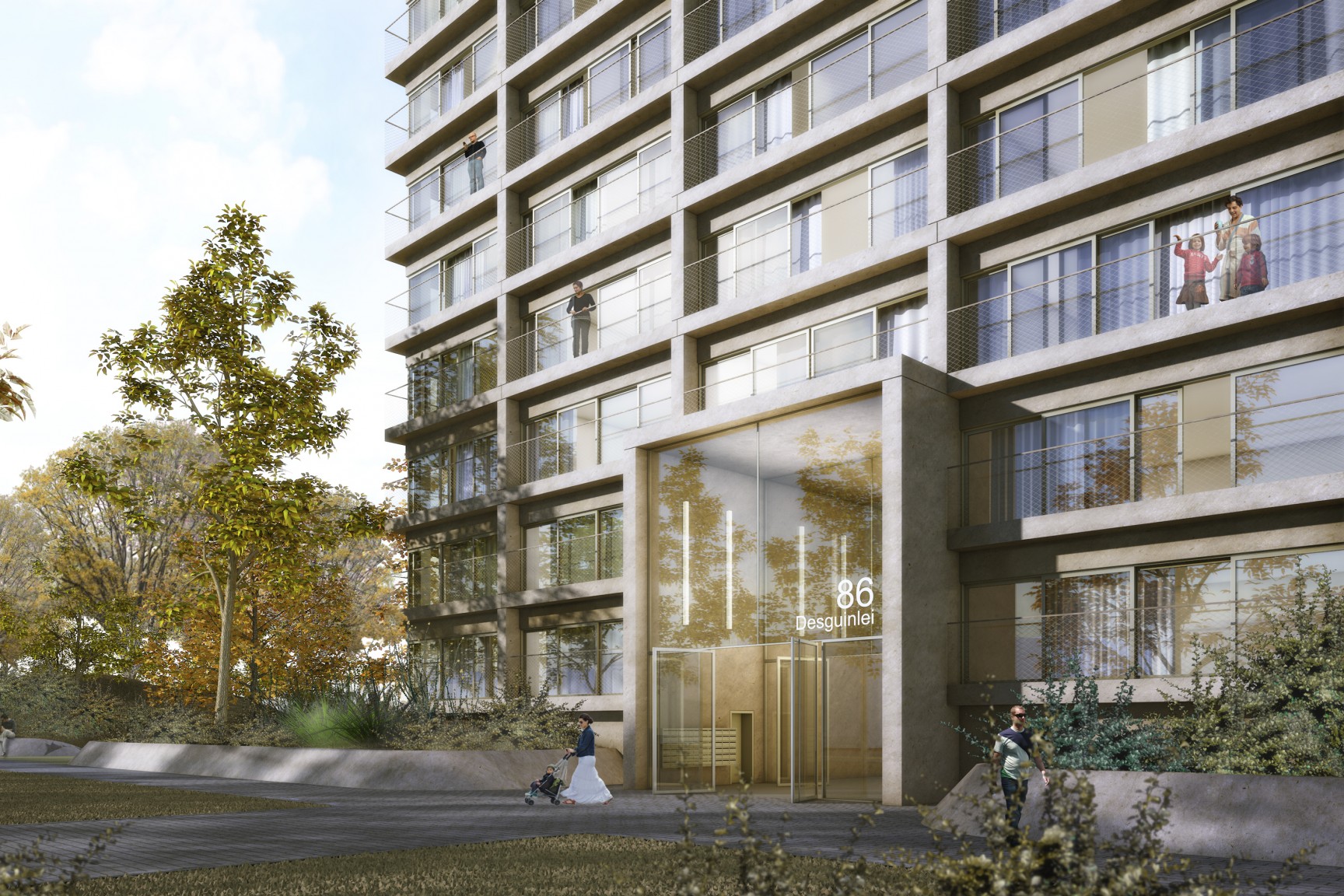 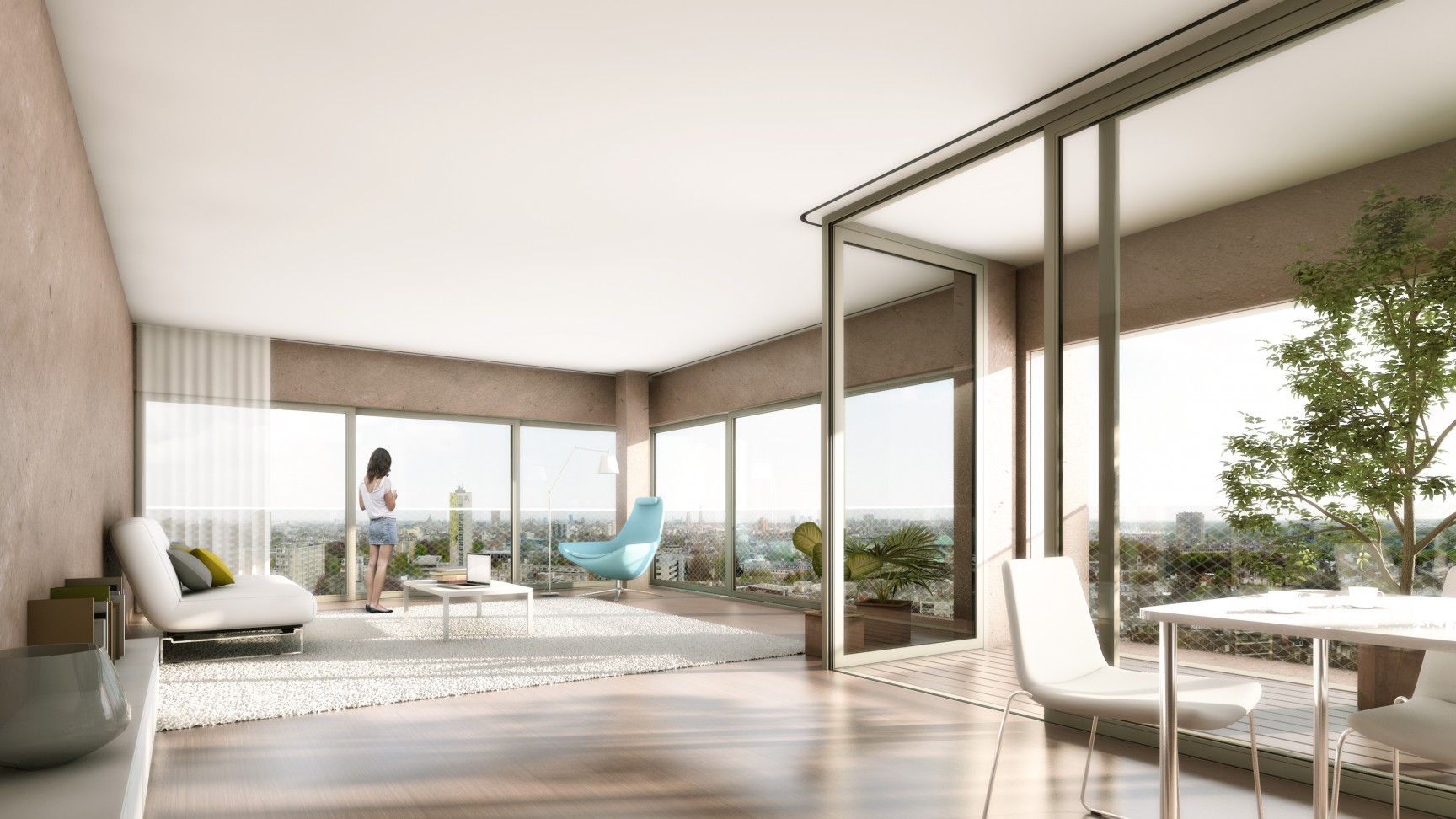 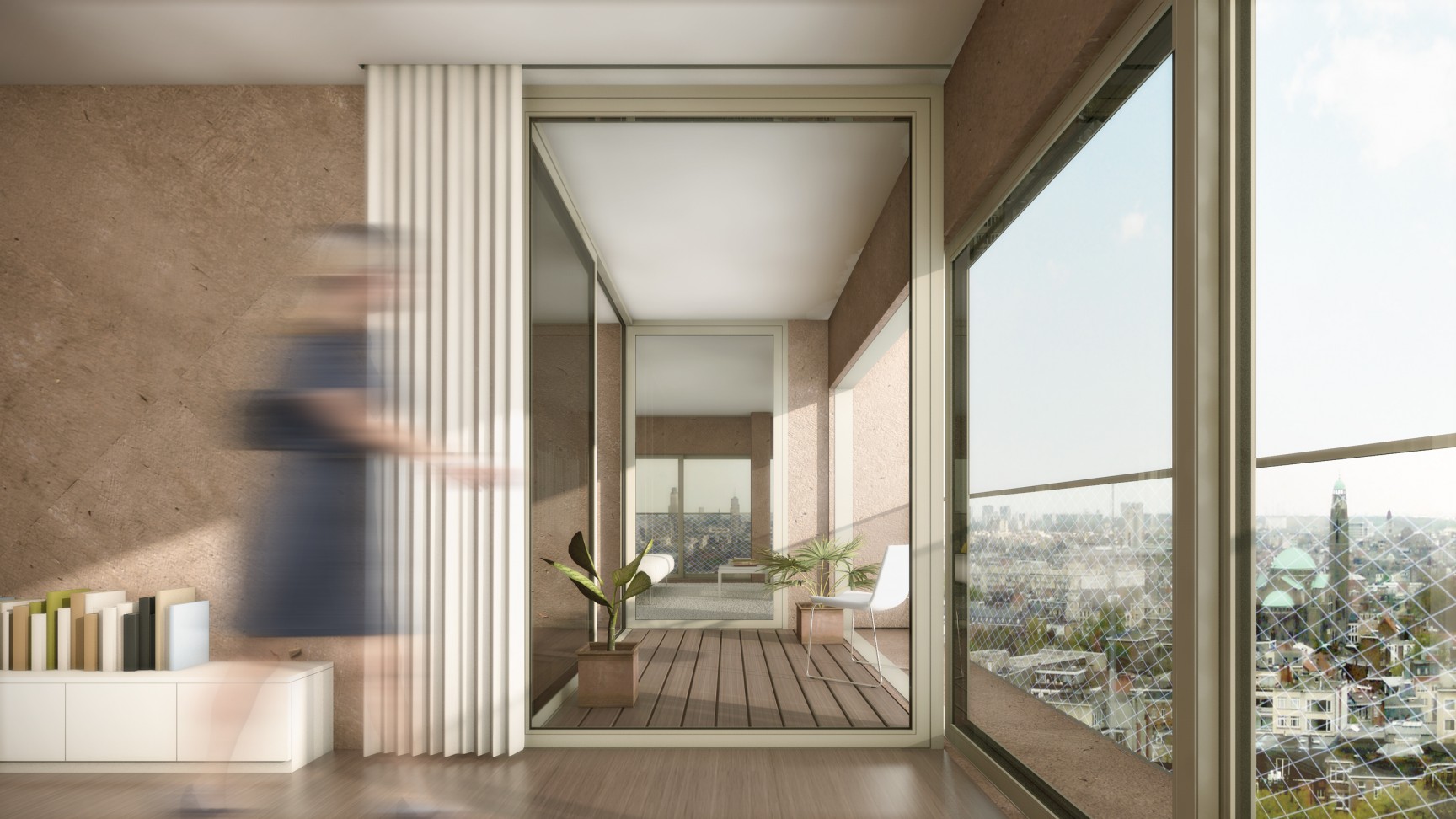 The brief was to realise 220 to 240 houses on a site adjacent to the Desguinlei and the Karel Oomsstraat and the perimeter of the city’s 19th-century belt. When viewed in conjunction with the existing buildings that border the Hertogenpark, the two towers designed by META form part of an ensemble within the natural landscape.

An optimization of the gross-net ratio, and also the surface ratio in respect of floor to façade, provided a footprint that could accommodate nine residential units per level. Extremely compact circulation routes (horizontal and vertical) enable the creation of spacious floors that can be divided in many different ways. This adaptability is further enhanced by the fact that the spaces that run from the core to the façade.

In addition to the residences that had been requested, a further eight residential units were also researched and elaborated. Multiple variations were possible within the typologies proposed. Because the distance between the core and the façade is the same at both the long and short sides of the tower, the orientations of the apartments are also variable. As a result, the floors can be divided into four or into nine apartments per level. This means that between 112 and 252 apartments can be realised within the project. There is even scope for adjustments to be made to the internal configuration during the buying phase, depending upon demand.

The location of the site at the edge of Antwerp’s inner city provides an opportunity to offer breathtaking views of the city and the landscape beyond the ring road. To capitalize on this, the façade has very wide panoramic openings, comprising concrete elements with sliding windows. The exterior spaces of the homes are conceived as ‘warm greenhouses’. To keep the volume compact, while introducing flexibility into the façade, these sit within the isolated edge of the frontage.