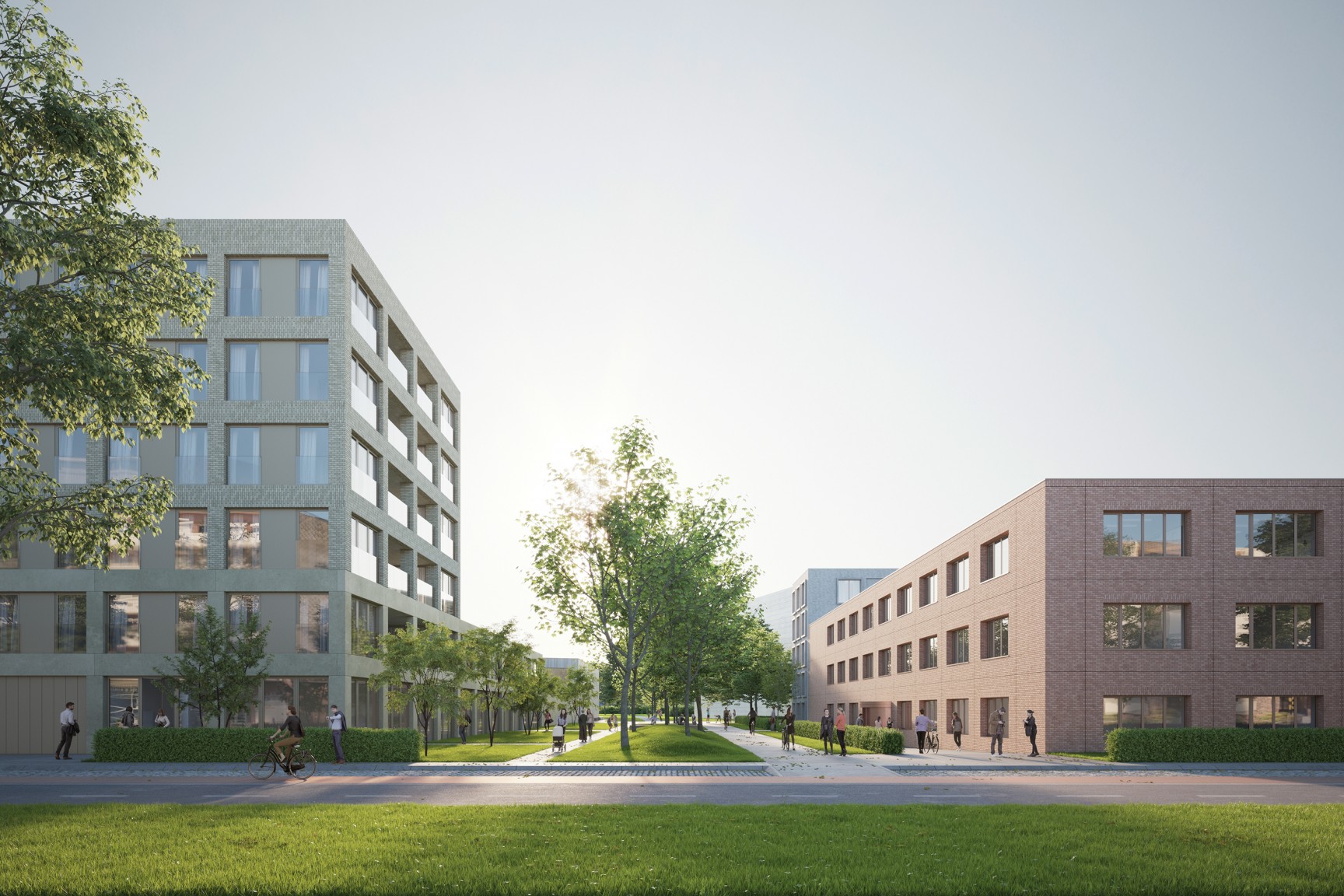 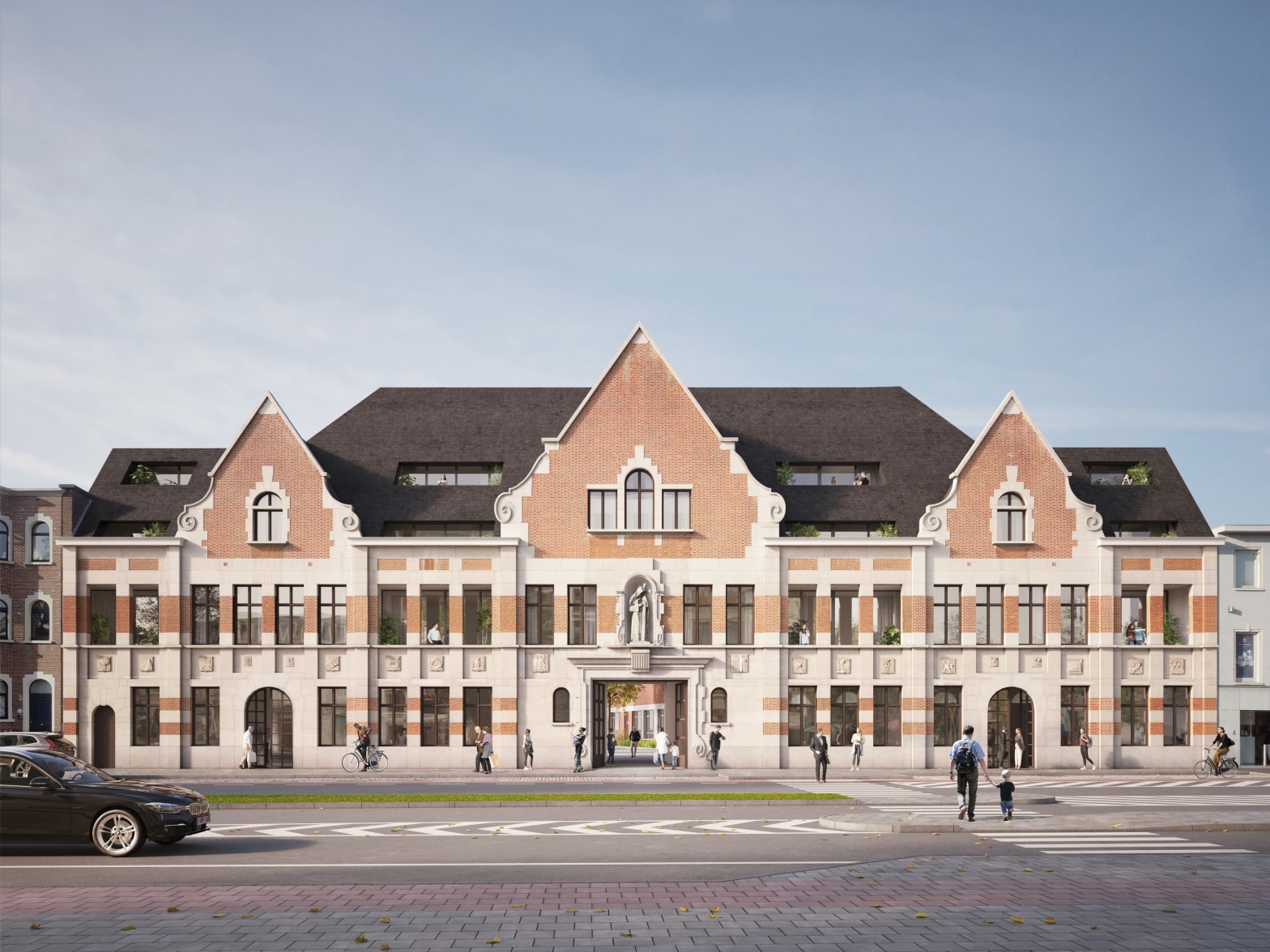 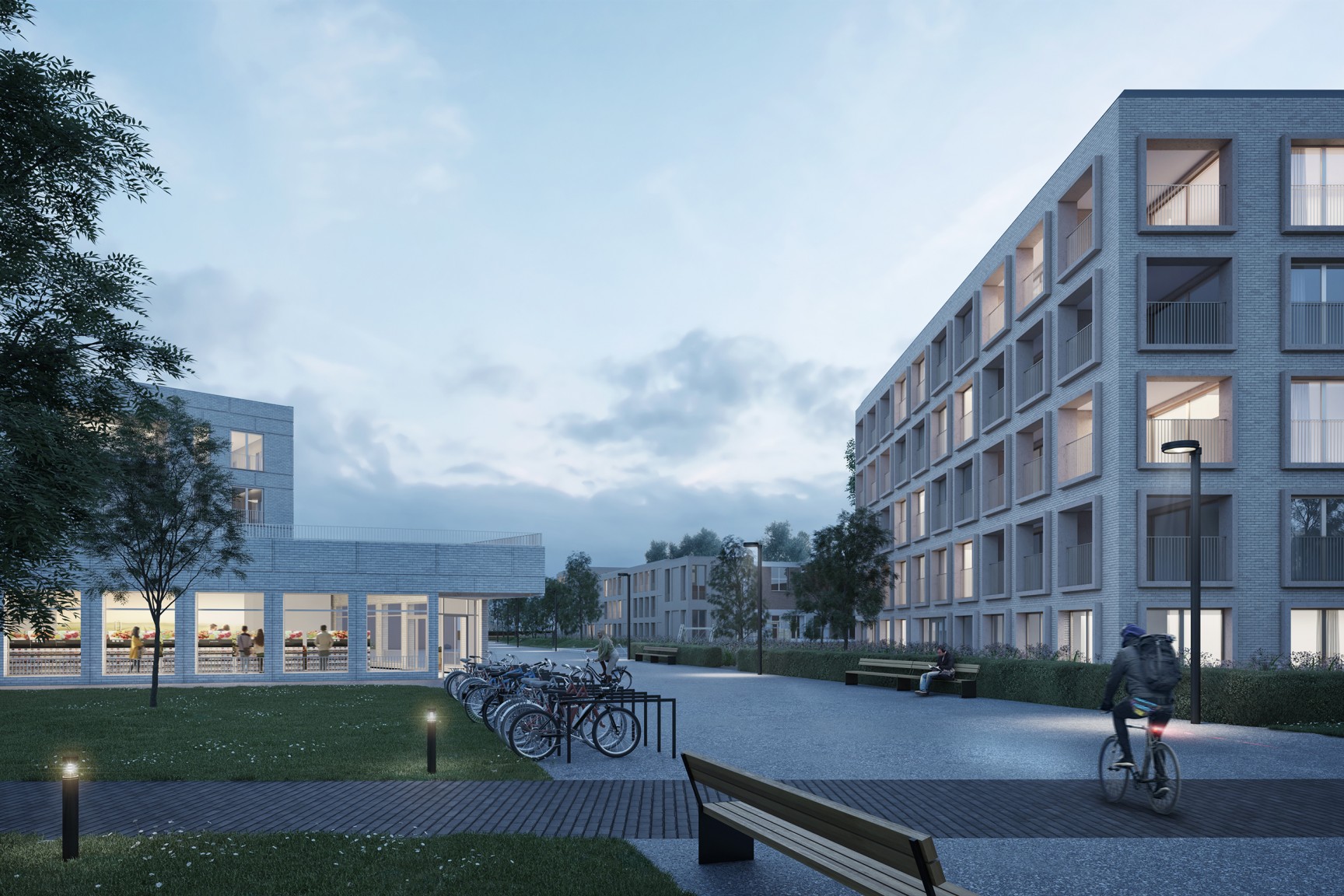 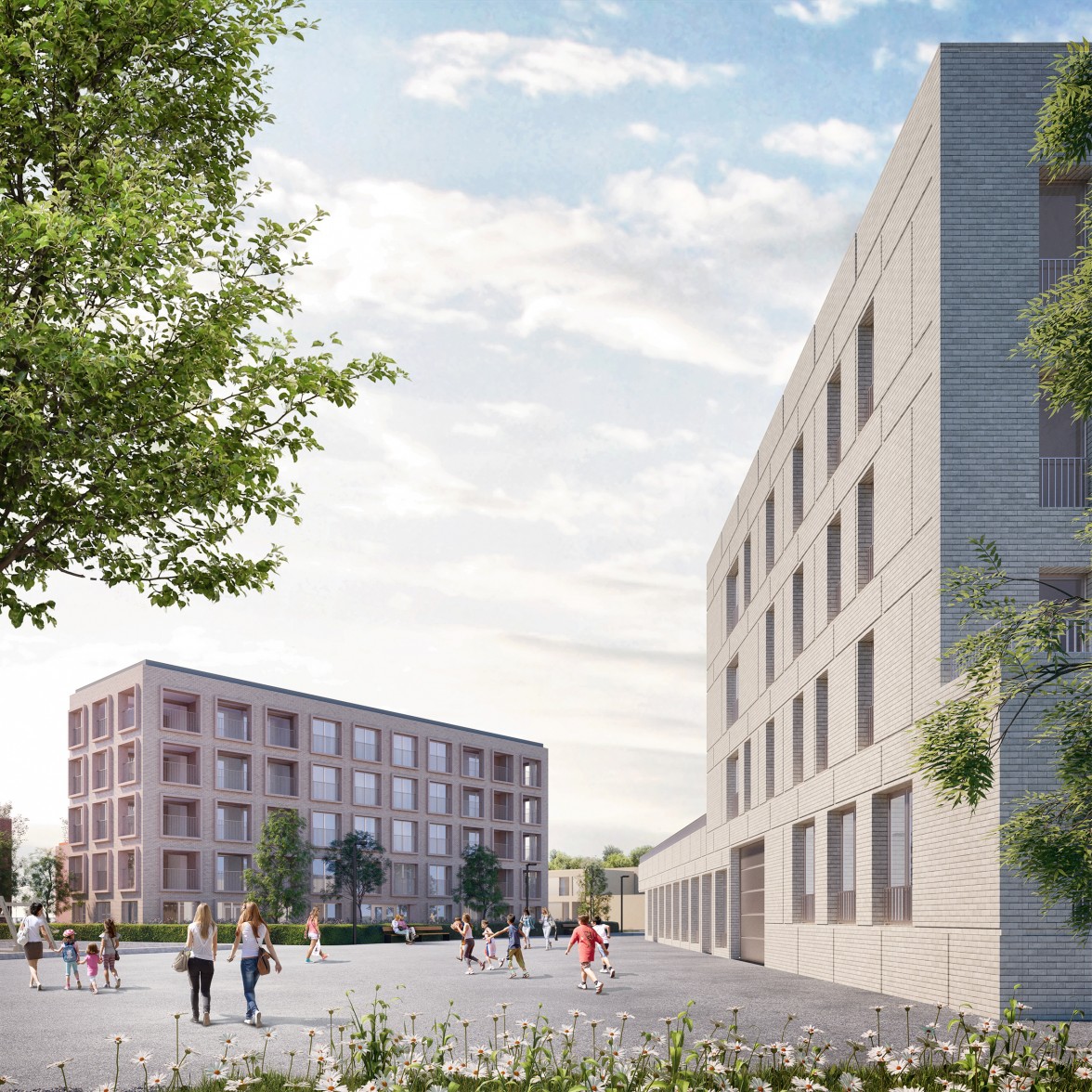 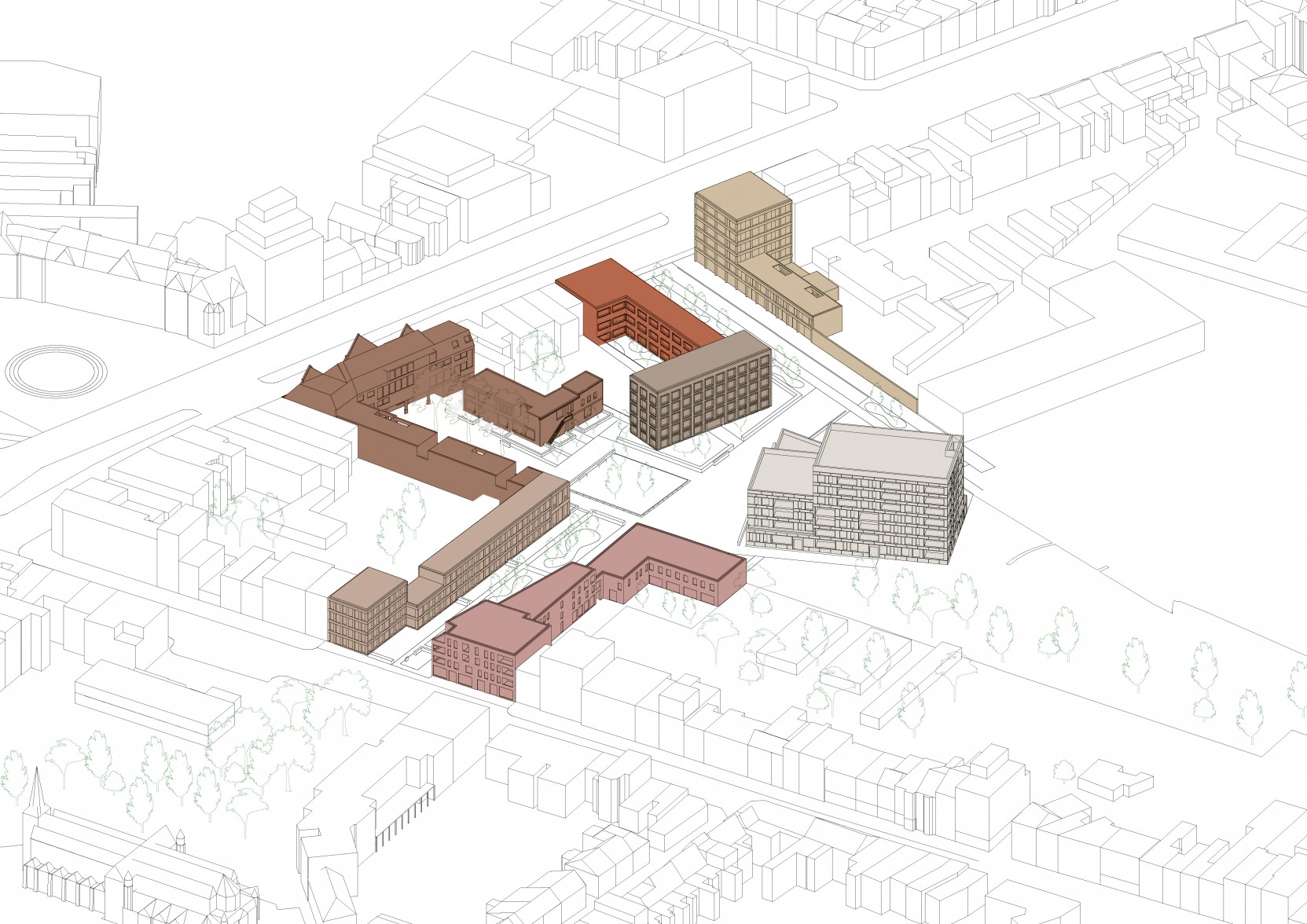 META architecture office and MikeViktorViktor architects have designed 5 building clusters around a green, traffic-calmed square. These include residential properties, a centre for adult education, commercial spaces and an underground car park. The Oude God Mortsel project is located in the interior area between the new Stadspark, the Mechelsesteenweg and the Edegemsestraat.

Along the connection to the Mechelsesteenweg, in addition to the new school building, there will also be a residential programme with commercial and tertiary functions on the ground floor, such as, for example, a nursery, a doctor’s office and spaces for other liberal professions. The connection from the Edegemsestraat also includes a residential programme with social housing on one side and, on the other, a commercial ground floor surmounted by a residential development. A new neighbourhood supermarket with an underground car park will occupy a central position on the square. There is also a focus on collective initiatives and facilities throughout the area.

Landinzicht and Quadrant have design a traffic-free and above all green public space – one that shapes the transition from park, crosses the adjoining gardens and abuts the Mechelsesteenweg and Edegemsestraat – in a sound and well-considered manner.