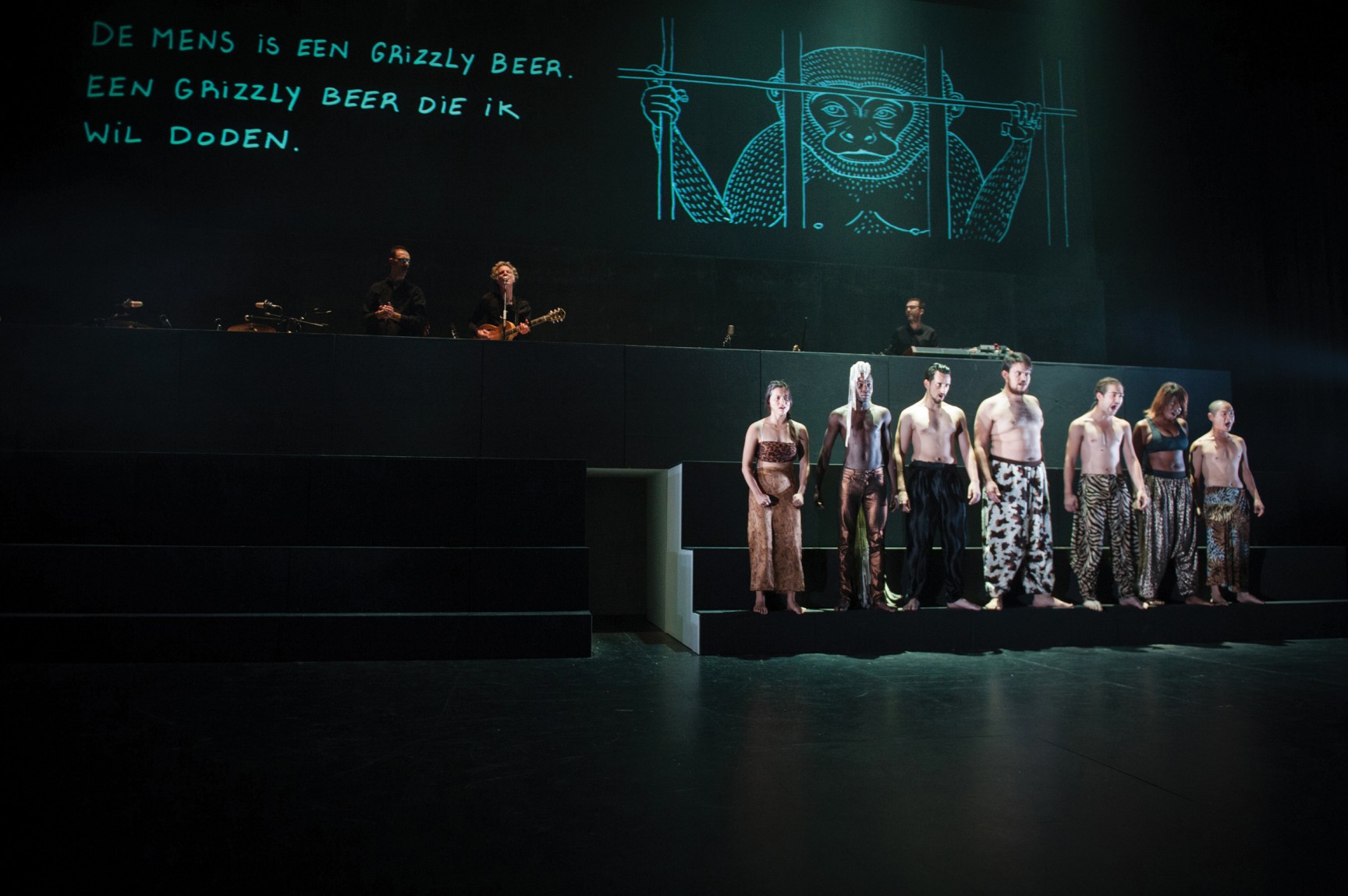 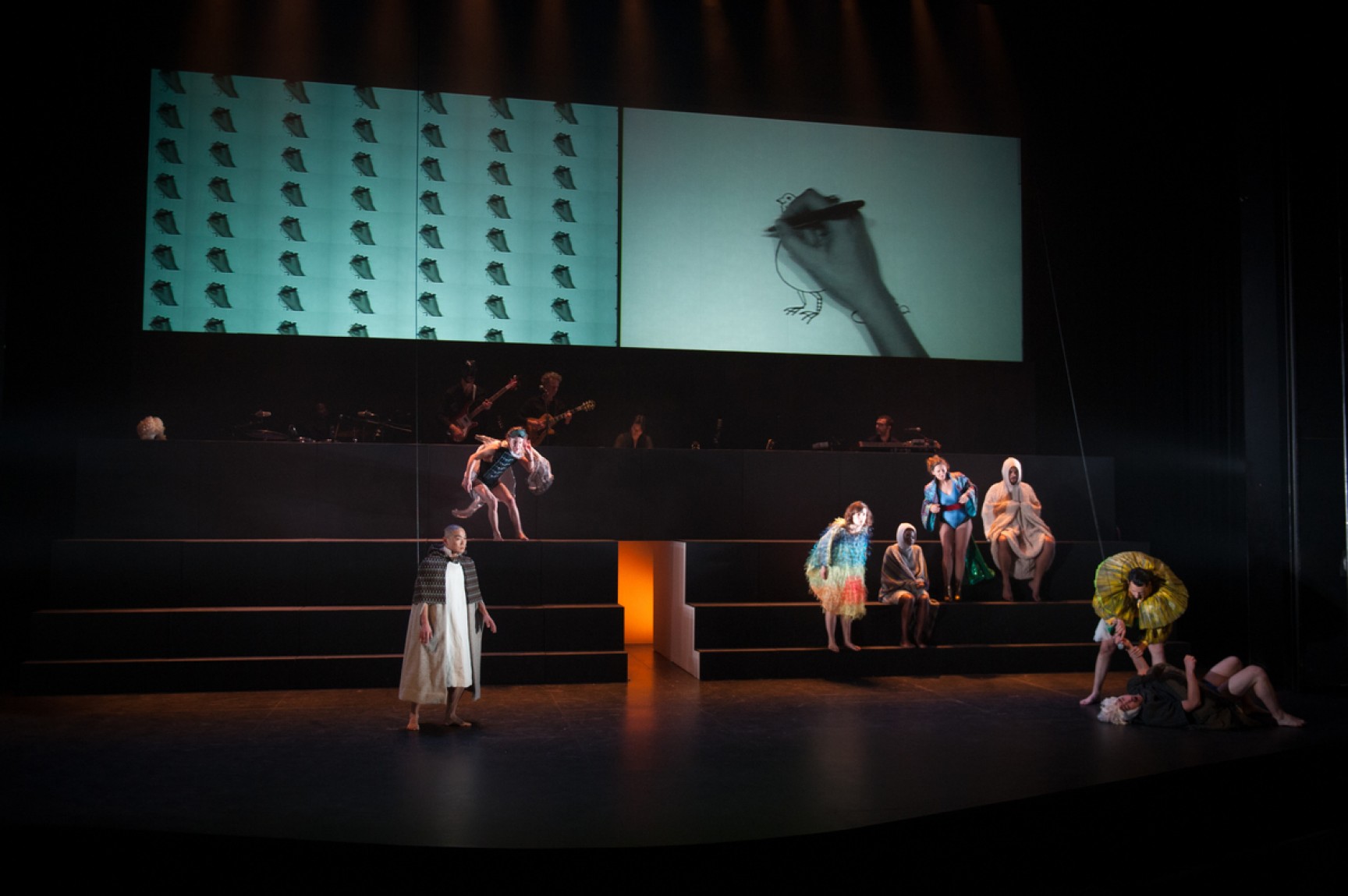 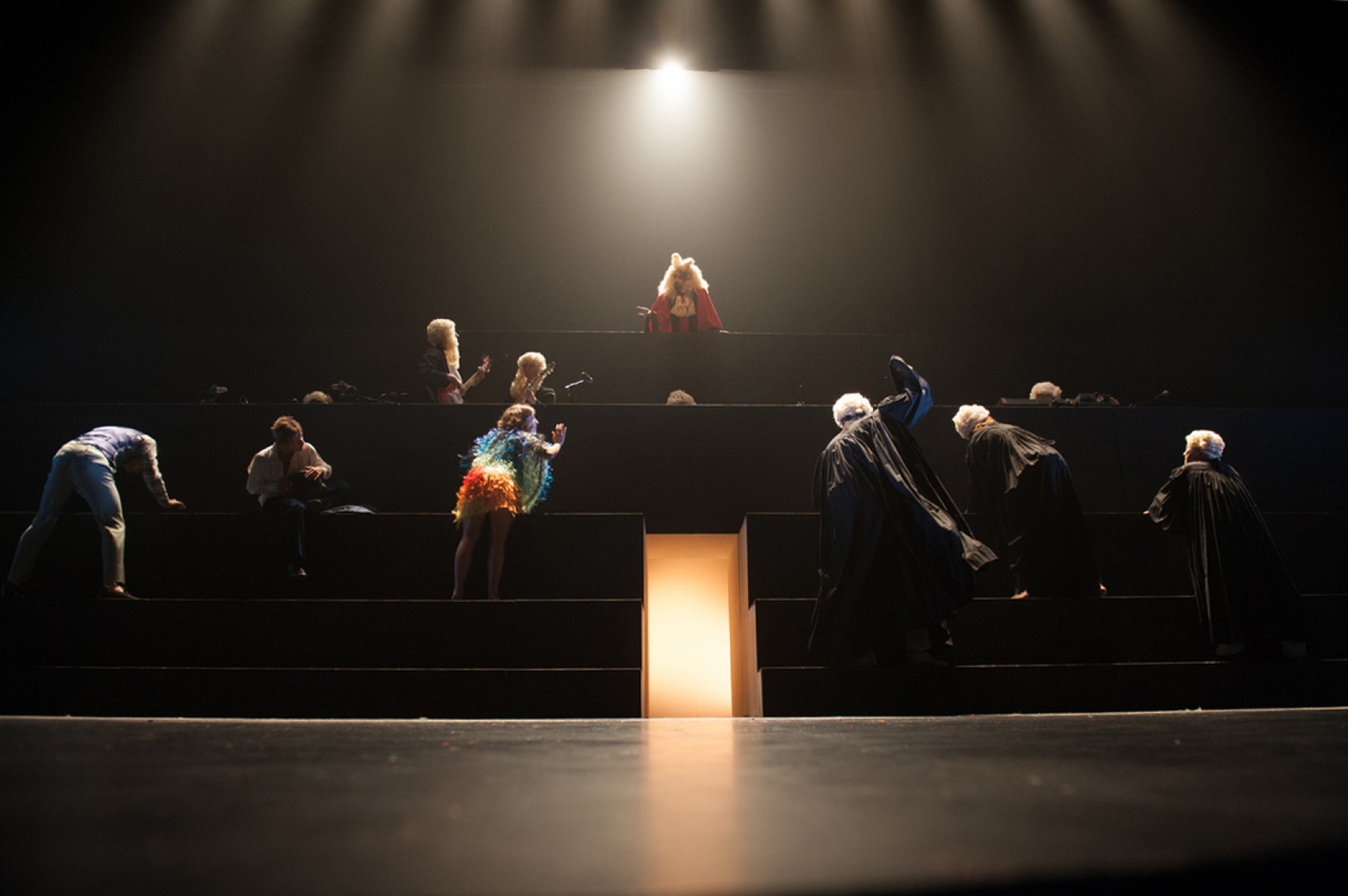 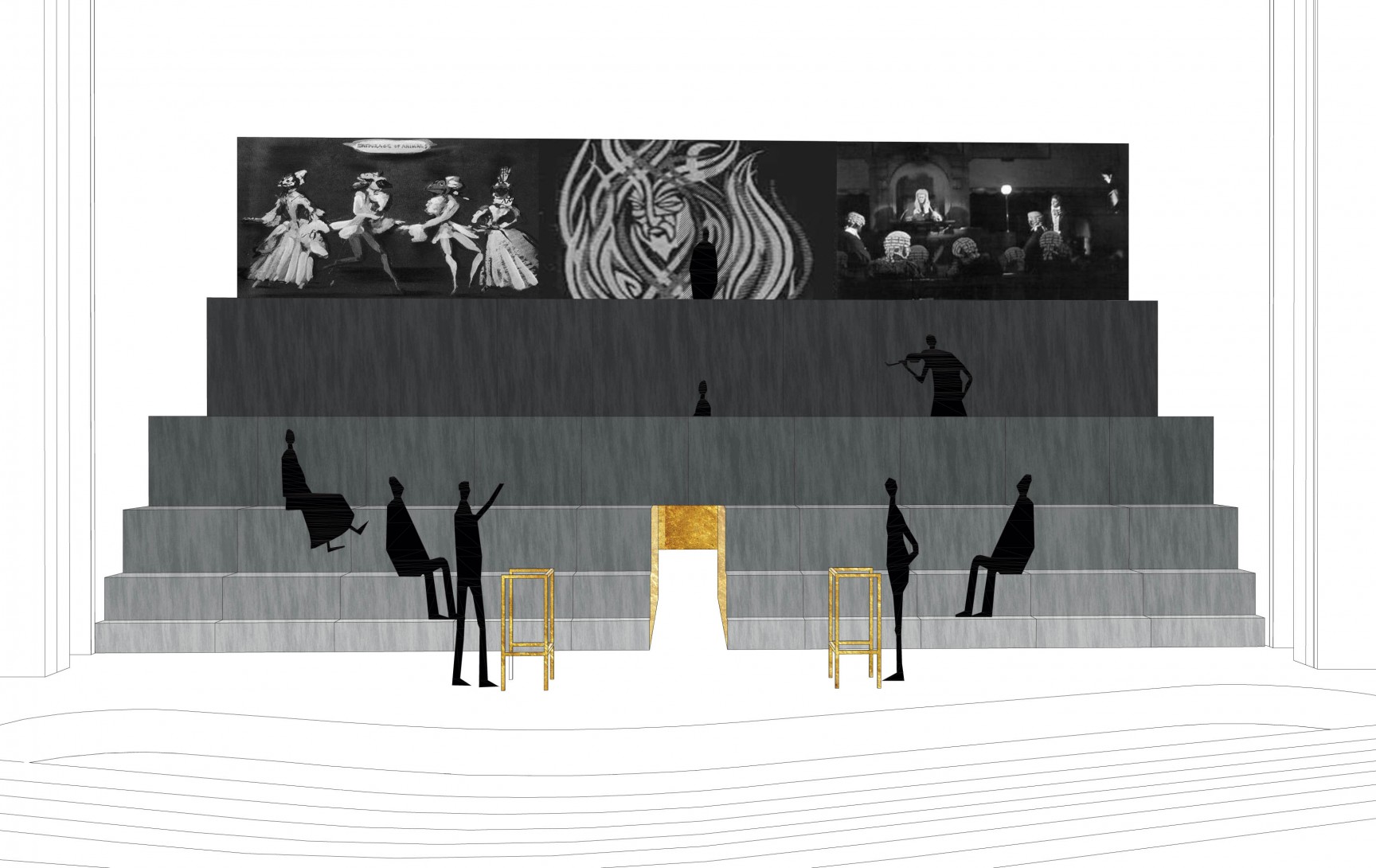 The design for the set uses the confrontational debate positioning like we find in the House of Commons in the British parliament. By giving the arrangement a quarter turn and by placing a tribune frontally on stage the scene builds a relation with the audience. The whole theatre becomes a courthouse and the public are not mere spectators, but form a part of the trial.

The stand follows an ascending series that makes various functions possible and which offers room to all parties involved. The lower steps are for the fighting parties, the animals and the humans. They are separated by an entrance gate that forces new witnesses to take a small bow. Above the clerk and the judges (the musicians) have their seats and provide the show with live music. On the top step, above everyone else, the supreme judge is seated. Behind the supreme judge, integrated in the stands, there is a projection screen where live images and drawings are projected during the show.

The ascending stands suggest an infinity, which is even made stronger by the use of materials: shades of grey evolve into a dark grey projection screen. This forms a strong contrast with the golden colours of the entrance gate and the pulpits.