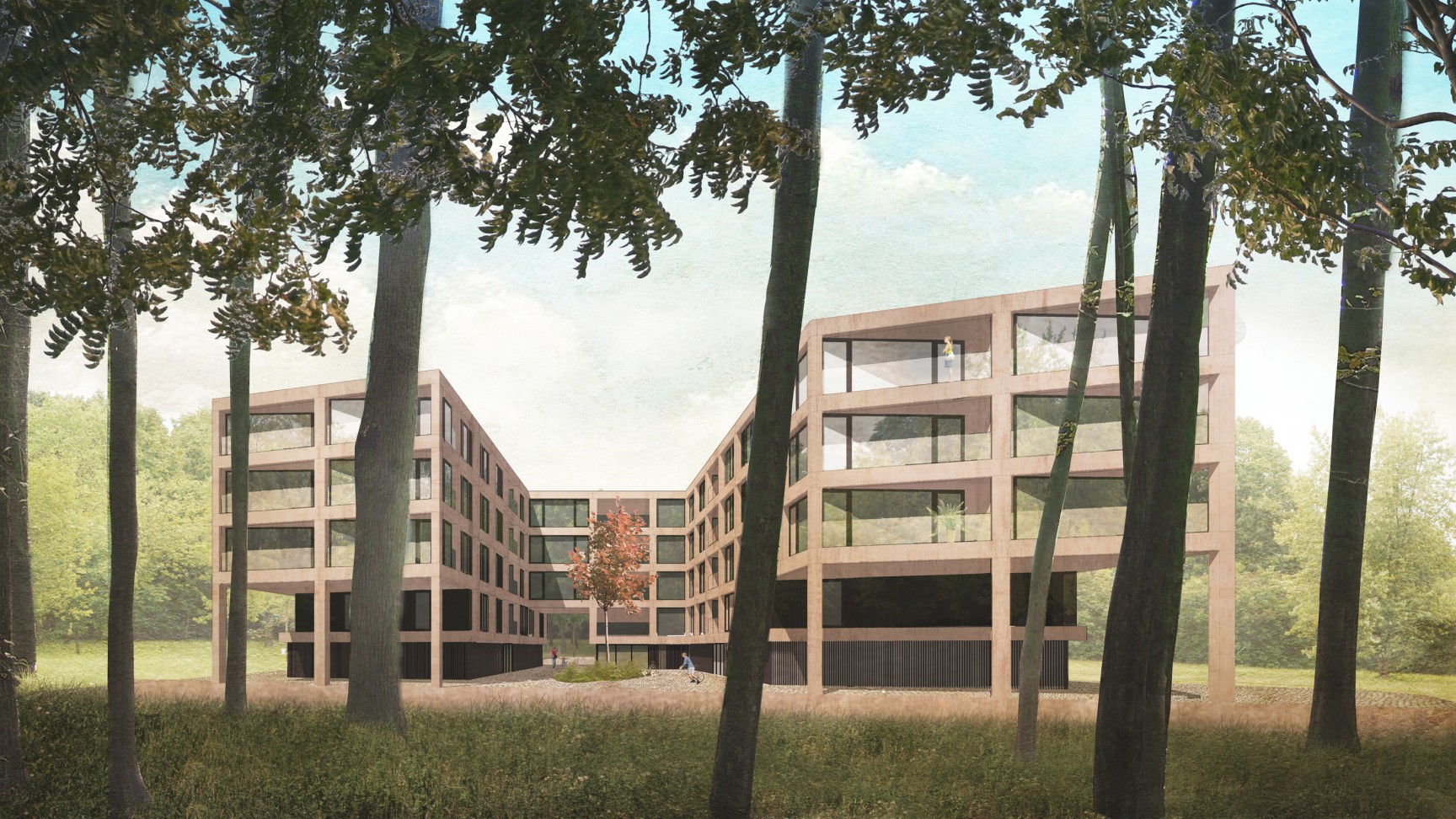 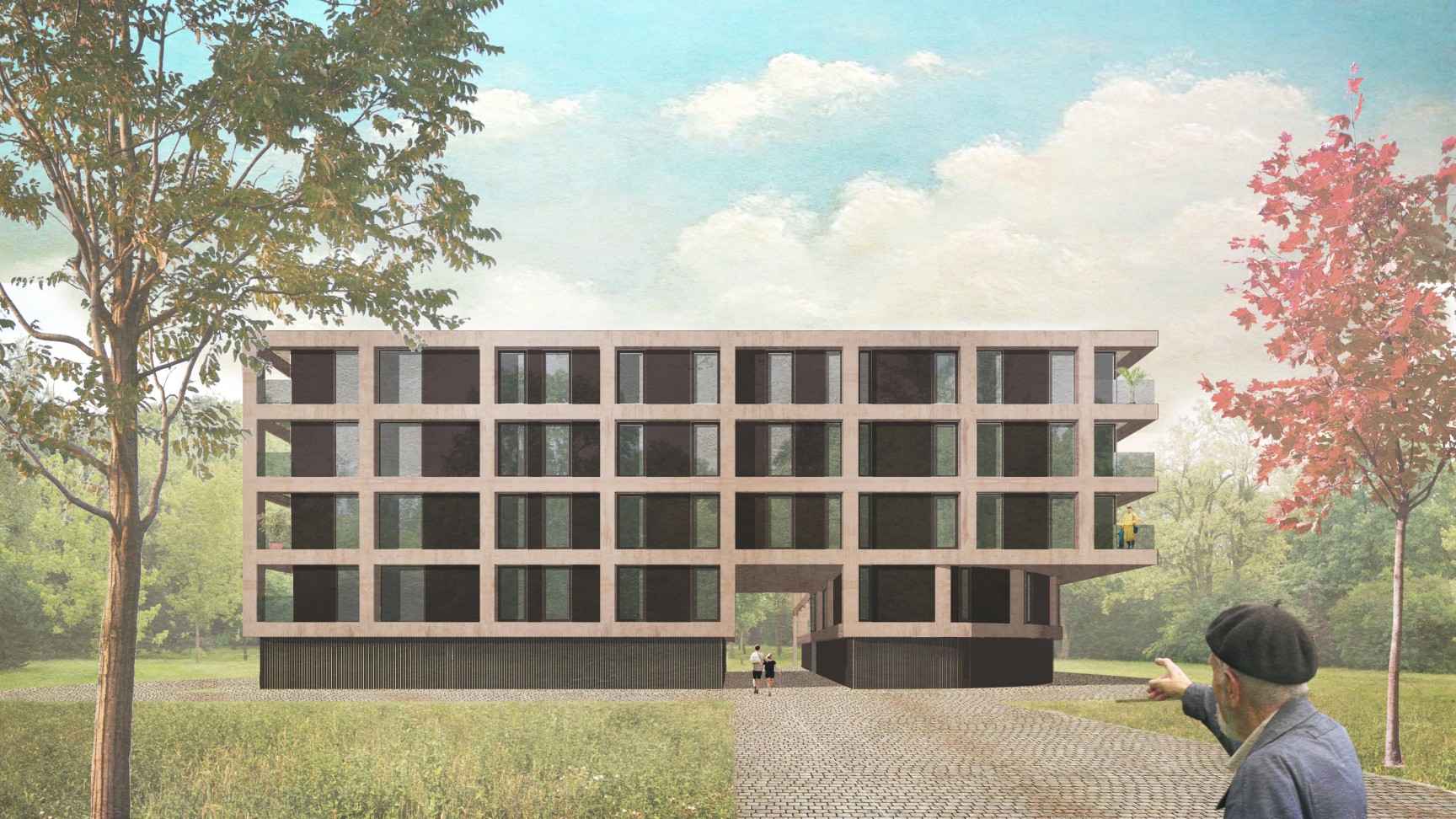 Part of the Studio Associato Bernardo Secchi Paola Viganò master plan, the block known as Zone C acts as a buffer zone between the hustle and bustle of the Krijgslaan on one side, and the quietness of the park on the other. It thus acts as a filter between city and nature. The building block opens up onto the prized park landscape on the south side, while the courtyard engenders a soft transition between this and the street. As a result of the U-shape design, the apartments gain maximum sunlight.

A new passage on the north side of the volume connects the street to the courtyard, and was created by extending the connection between the Krijgslaan and the building. The spacious passage forms a grand main entrance to the block and offers a view of the park.

The bicycle racks and the parking spaces are both situated in the volume at ground level, with the latter placed along the outer rims of the building. This keeps the inner area relatively free of cars. The bicycle racks are located here, as are the three entrances to the apartments.

The building can accommodate thirty-eight apartments. These are arranged around three cores with vertical circulation and can be accessed via the courtyard. Thanks to the clever positioning of the elevator and stairs, the shared circulation zone remains extremely compact, which allows the creation of more spacious apartments.

An uncomplicated plan concept underpins a simple structure in which supporting and non-supporting walls are strictly delineated. This further enhances the flexibility and adjustability of the project. The façade is drawn inwards towards the spine of the building, the latter of which is formed by the partition walls along the central axis of the U-shaped volume .