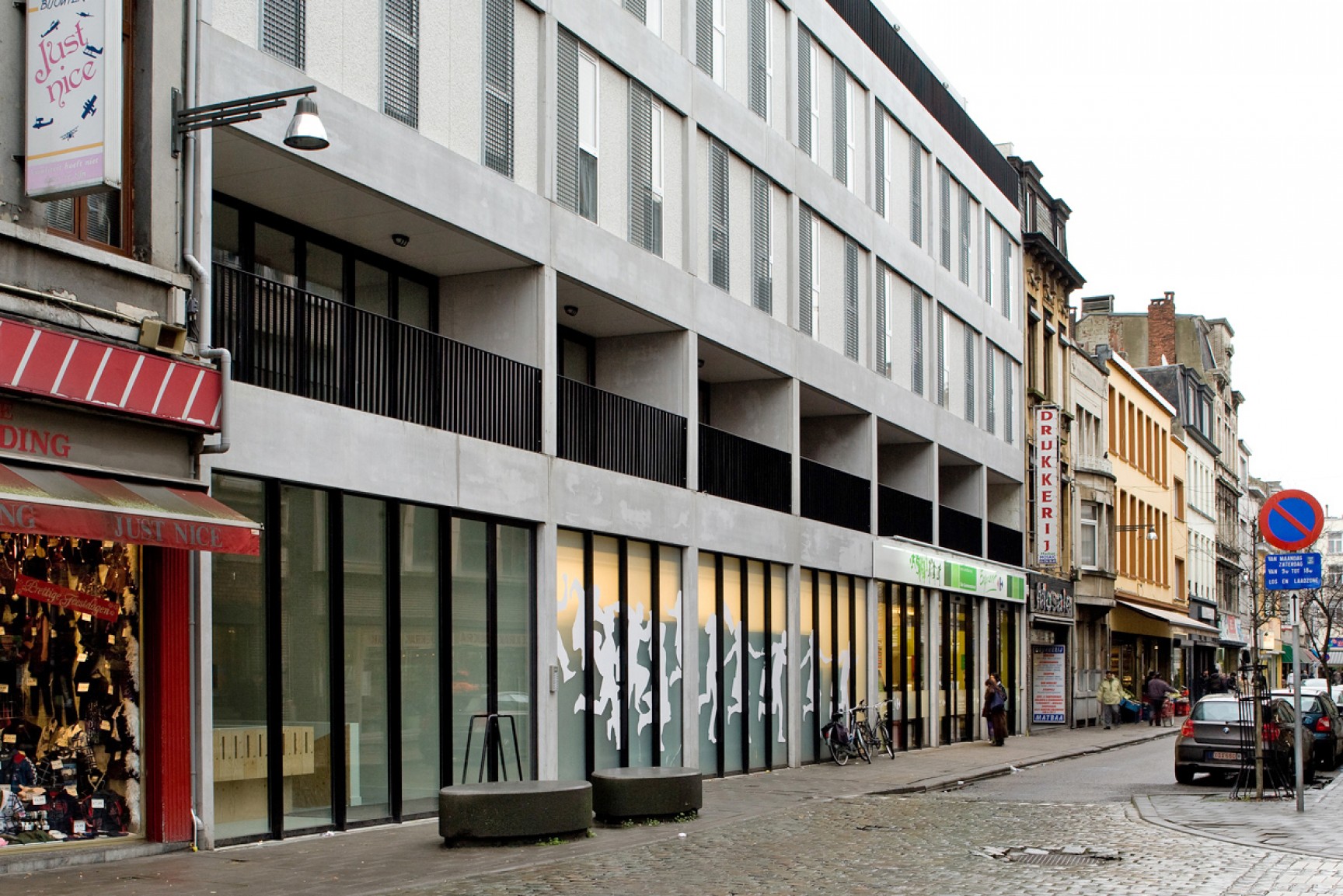 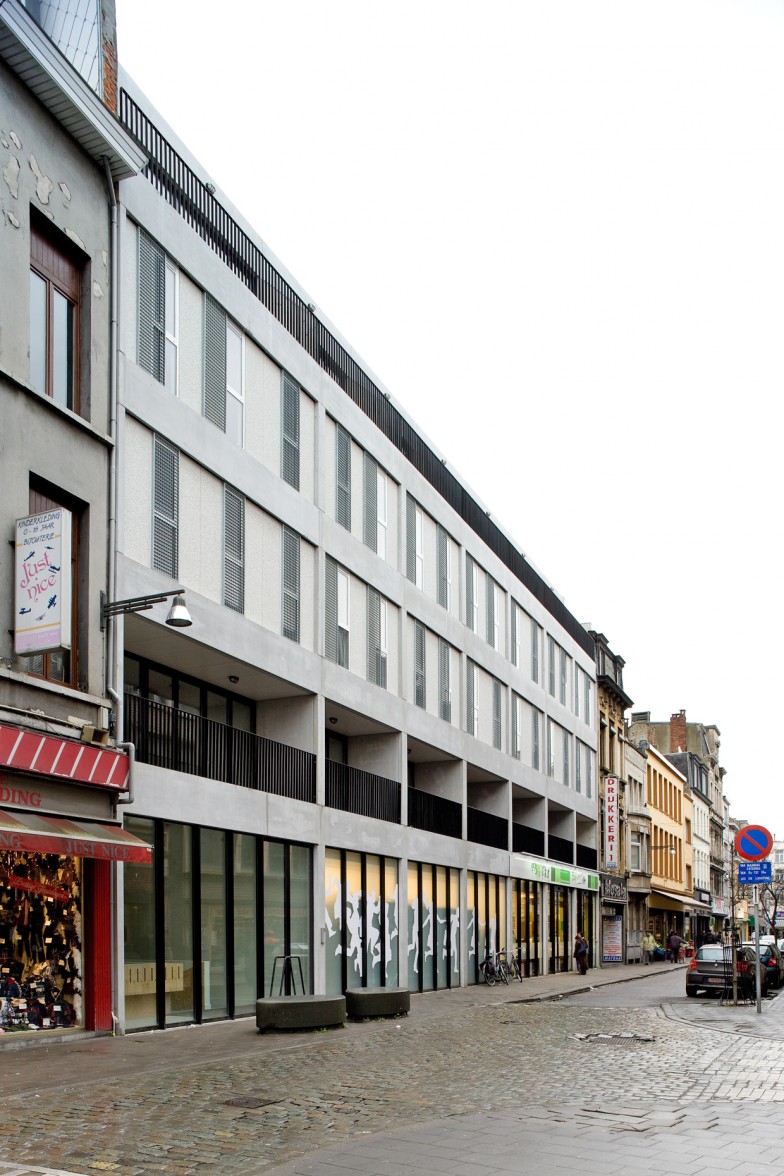 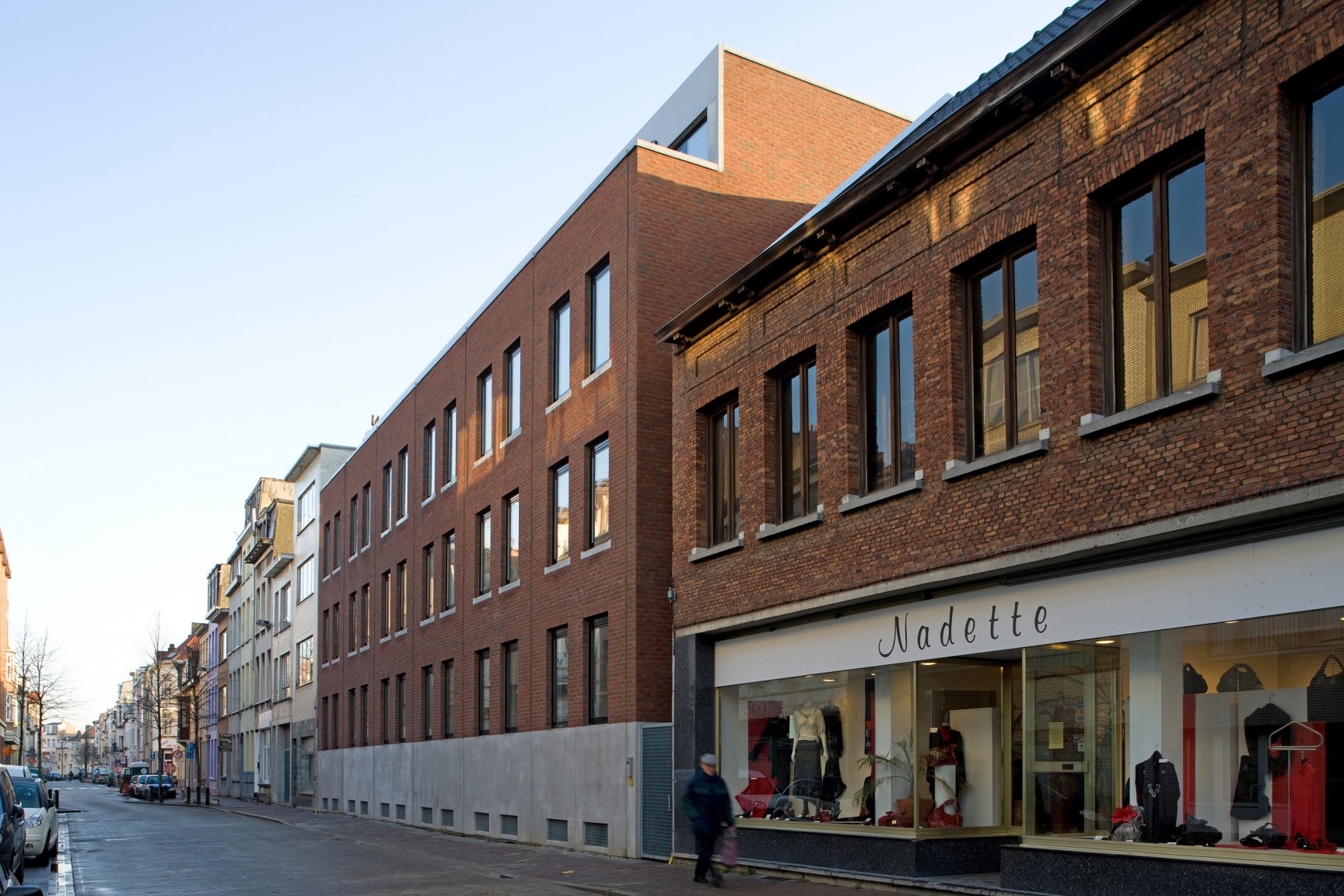 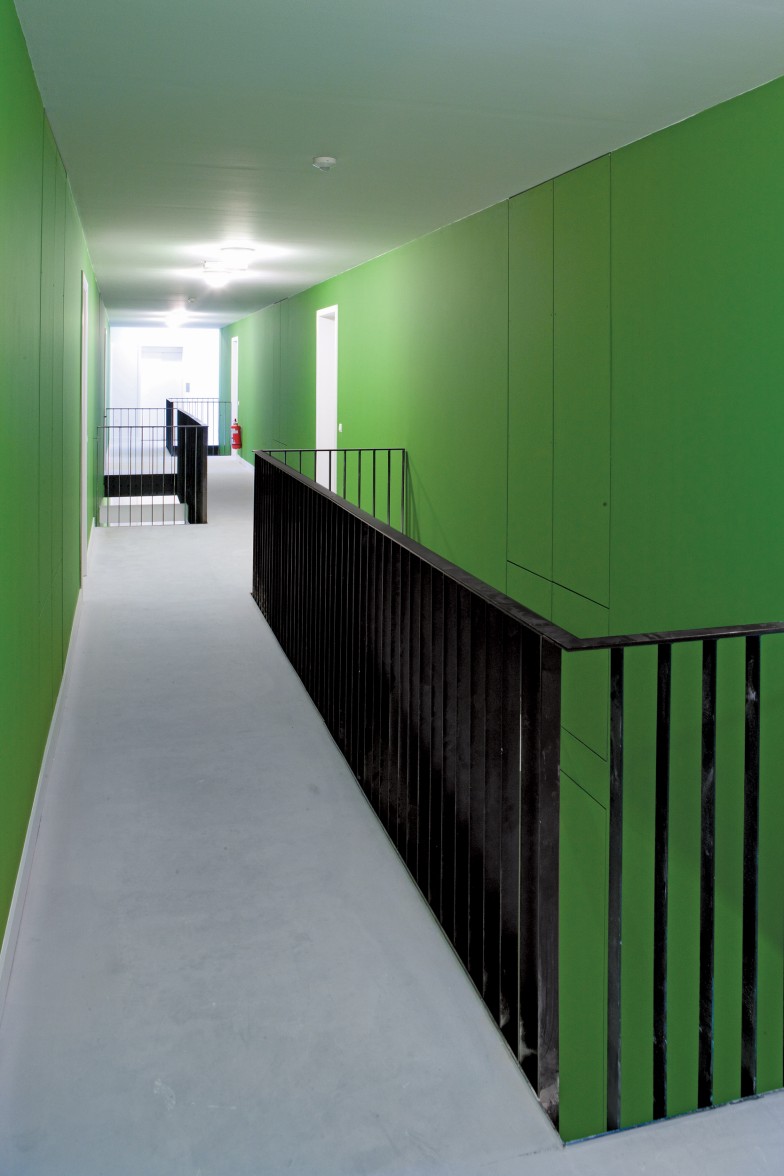 This project is located near the Sint-Jan Square in Antwerp North, an impoverished neighbourhood that the city is striving to improve through strategic interventions. As part of this scheme, a number of dilapidated buildings were purchased and demolished, in order to free up a plot of 1670m2. From the Sint-Gummarusstraat to the Oude Steenweg, this project plays a key part in revitalising the neighbourhood. With 4 building layers on the building line and a recessed upper storey, the volumes complete the profiles of both streets.

The Sint-Gummarusstraat is a traditional shopping street that has deteriorated as a result of superficial and barely sustainable commercial initiatives. A large space was foreseen as plinth for the project, destined for a supermarket. Above this, 14 social housing units are orientated so that they face a double-height, central inner street. This latter feature is designed to stimulate social interaction between the neighbours.

The houses can be accessed through the night hall that also functions as the entrance. By either going up or down a level, the houses can be reached from this hall. The living spaces within the duplexes are of the through-lounge type: they draw as much air and light as possible into the space, and have a terrace at both the front and the back. Sanitary installations and the internal vertical circulation are grouped in a compact way within a central core. The façade in the Sint-Gummarusstraat is richly finished with smooth prefabricated concrete elements, in-filled with glass and granite, which accords with the atmosphere of a shopping street. In contrast, the façade on the Oude Steenweg is built in brick and strives to emphasise the residential character of the street.

On the Oude Steenweg side, the building boasts an analogical circuit around a central hallway. In total, 12 houses were realised, of which half have a garden in the central area. All have a spacious semi-underground basement storage room.