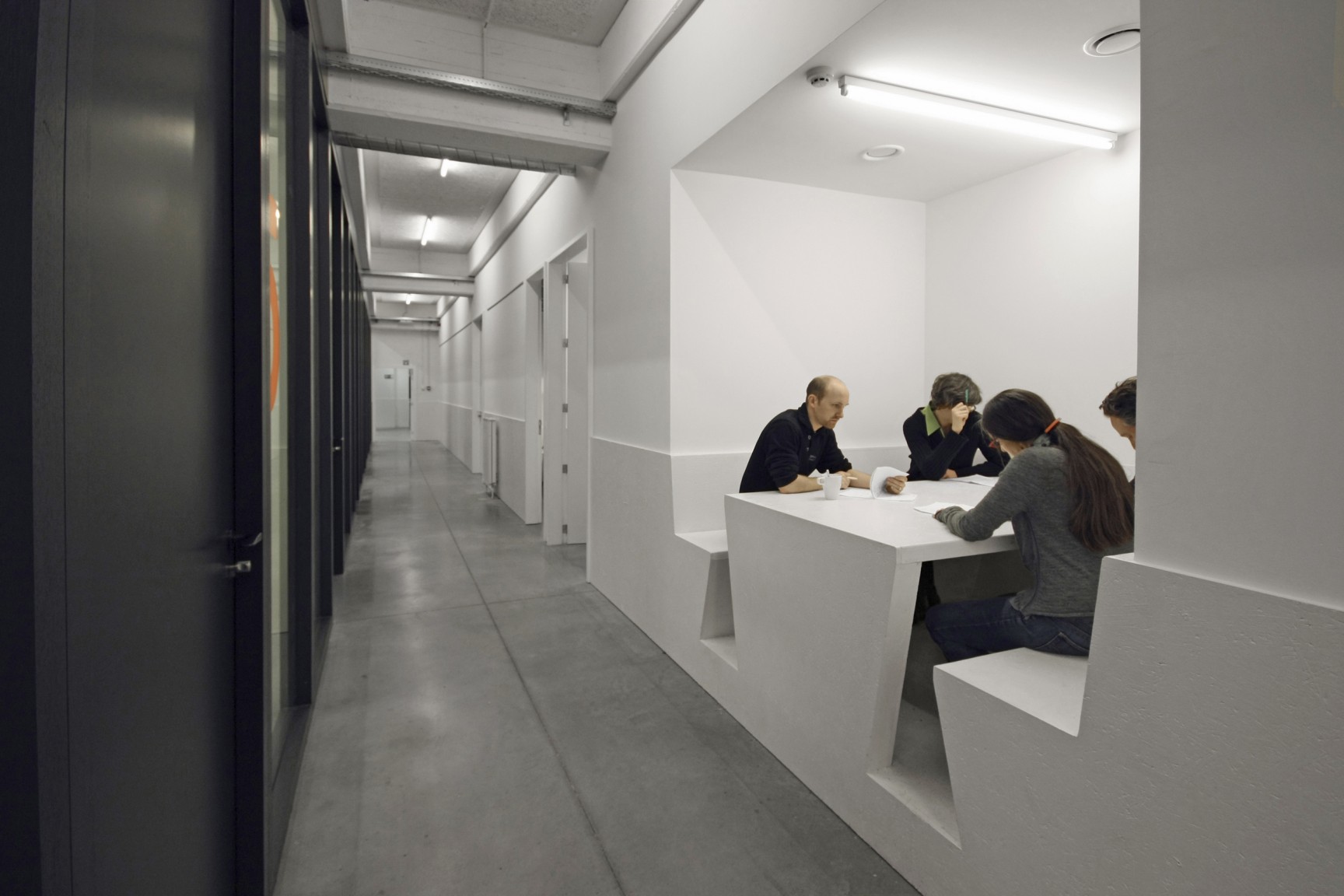 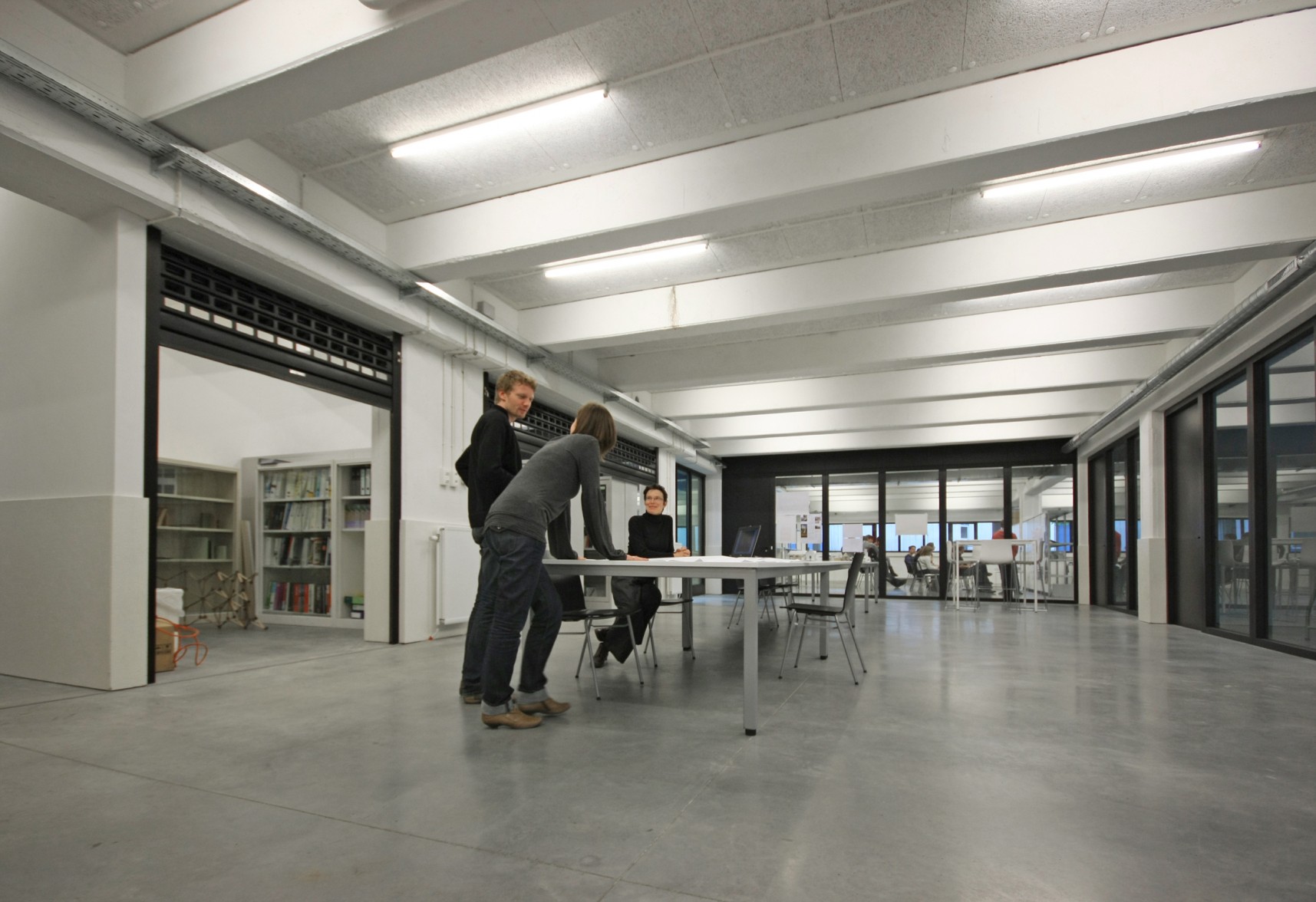 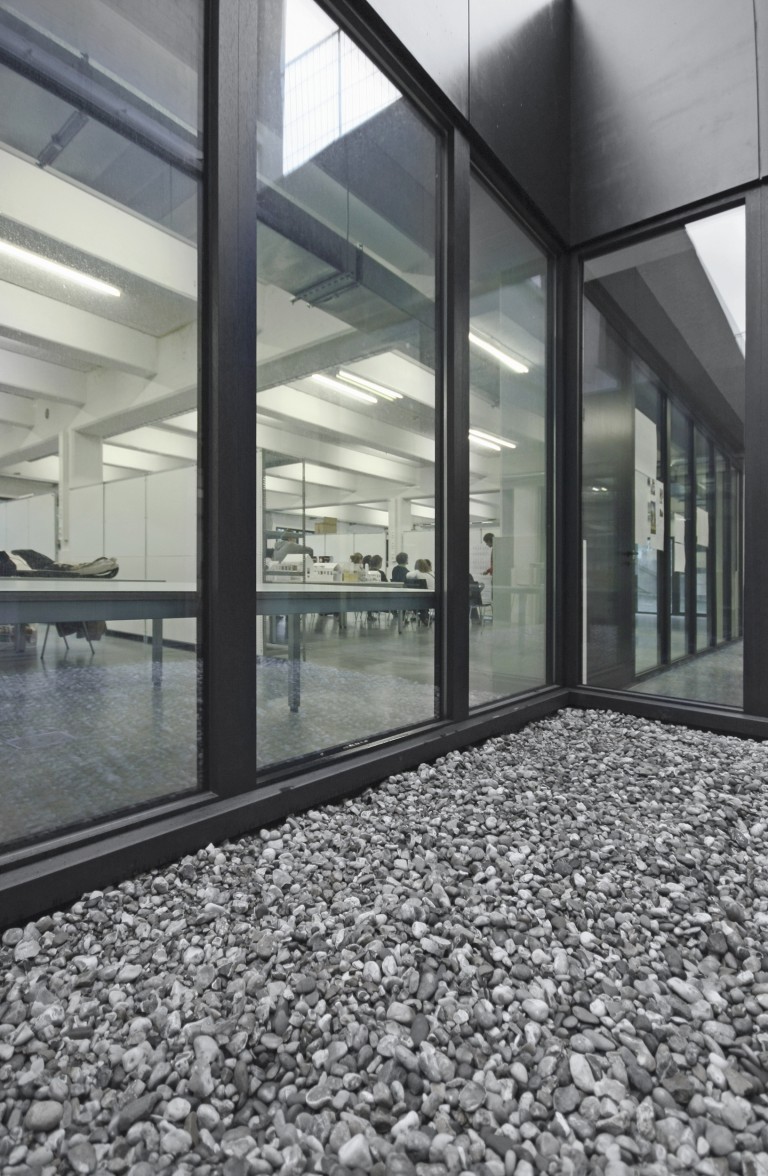 When the Department of Architectural Engineering at the Free University of Brussels (VUB) needed to vacate its premises on the campus, it was decided to investigate whether the teaching facilities and workshops could be inscribed within the K1 car park on the first floor of the modernist building belonging to the Faculty of Engineering.

The location offered several advantages: a good position within the campus, its proximity to the Department of Building Engineering, the availability of computer facilities and classrooms, and disabled access. With its rational structure and grid layout, the car park provided the perfect starting point from which to effect a change of function.

The plan of the new department offers a layered accessibility. By positioning the utilities and other communal functions centrally, they divide the plan according to the spaces accessible to students and those accessible to research personnel. The existing ramp to the former car park was retained as an access point, although it is also used as an informal auditorium.

The choice of used materials is significantly influenced by the pursuit of optimal acoustics, while newly created patios ensure optimum levels of natural light inside the classrooms and workshops.