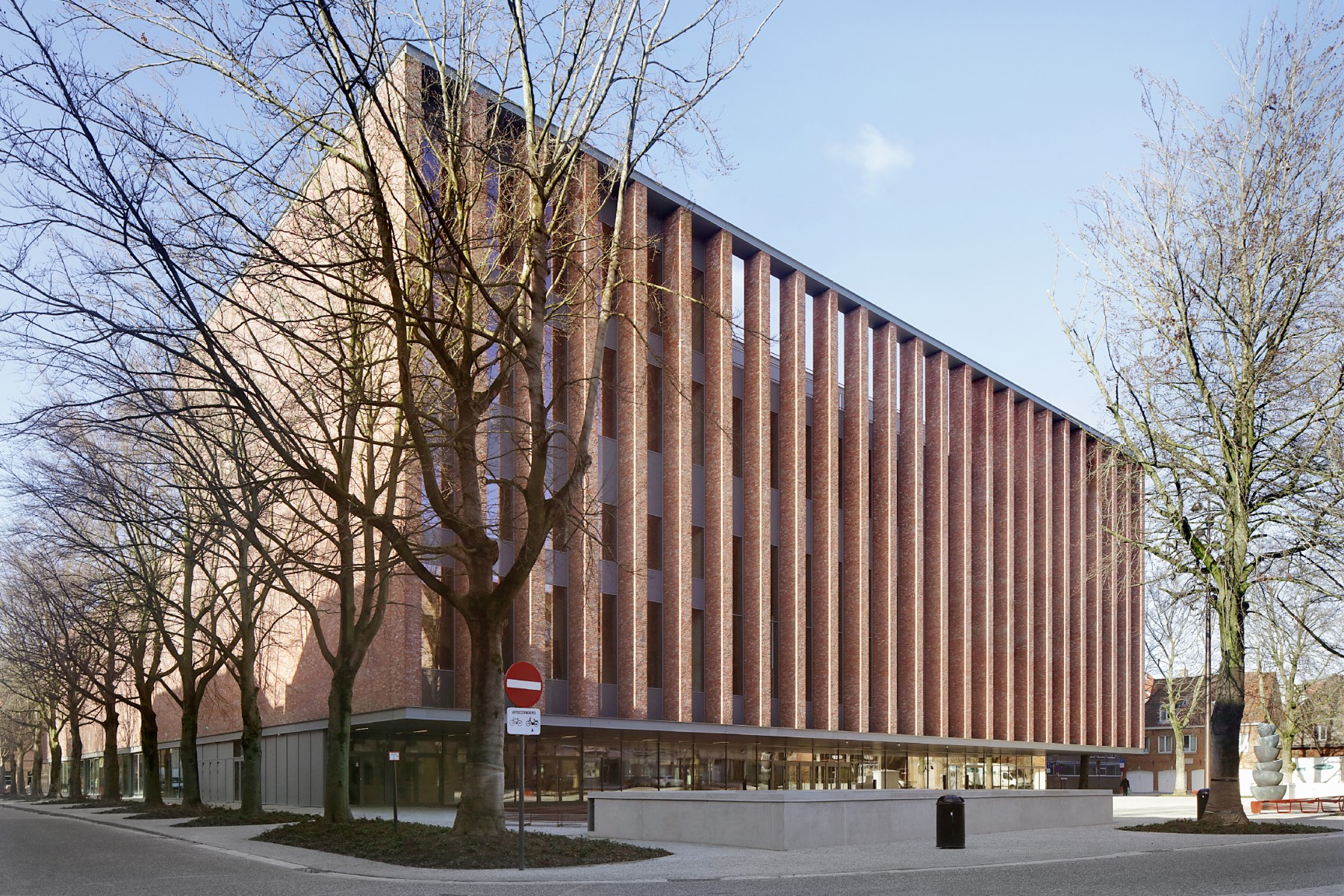 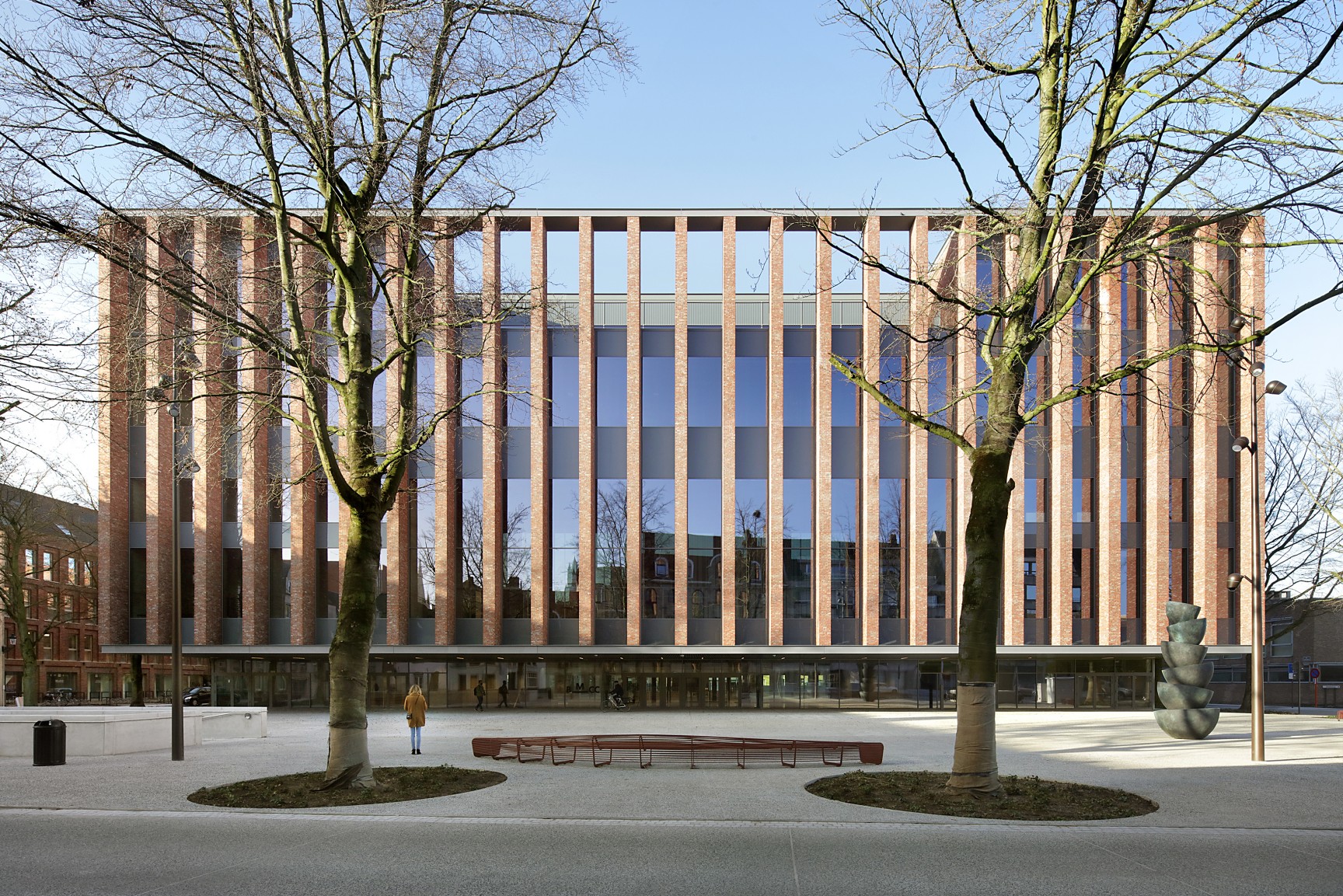 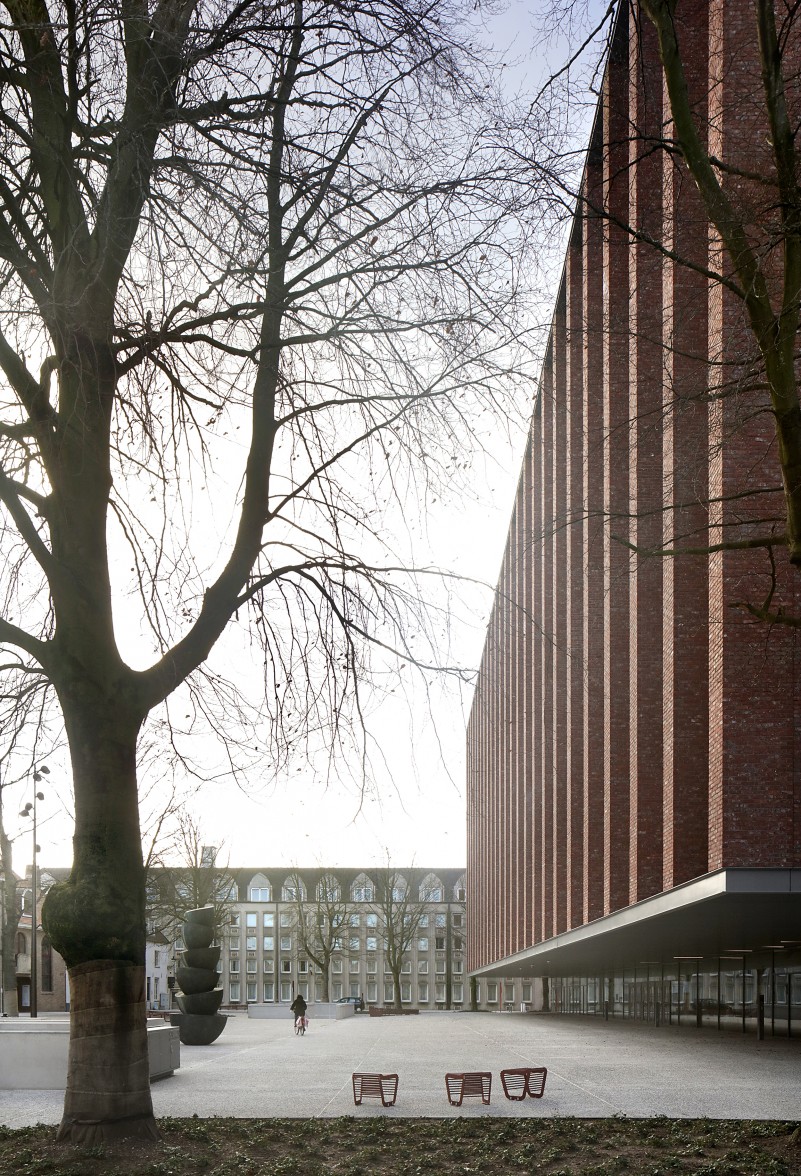 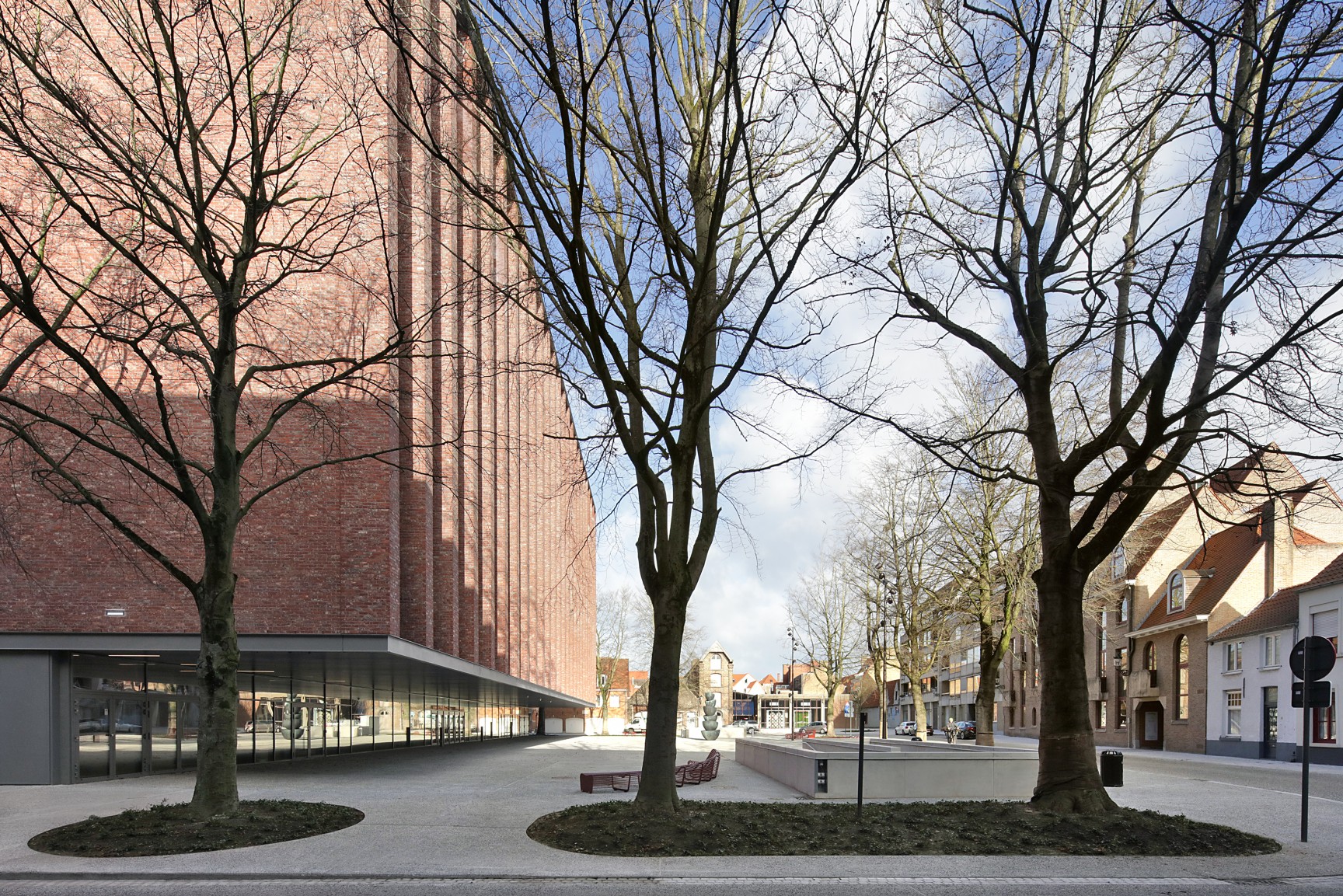 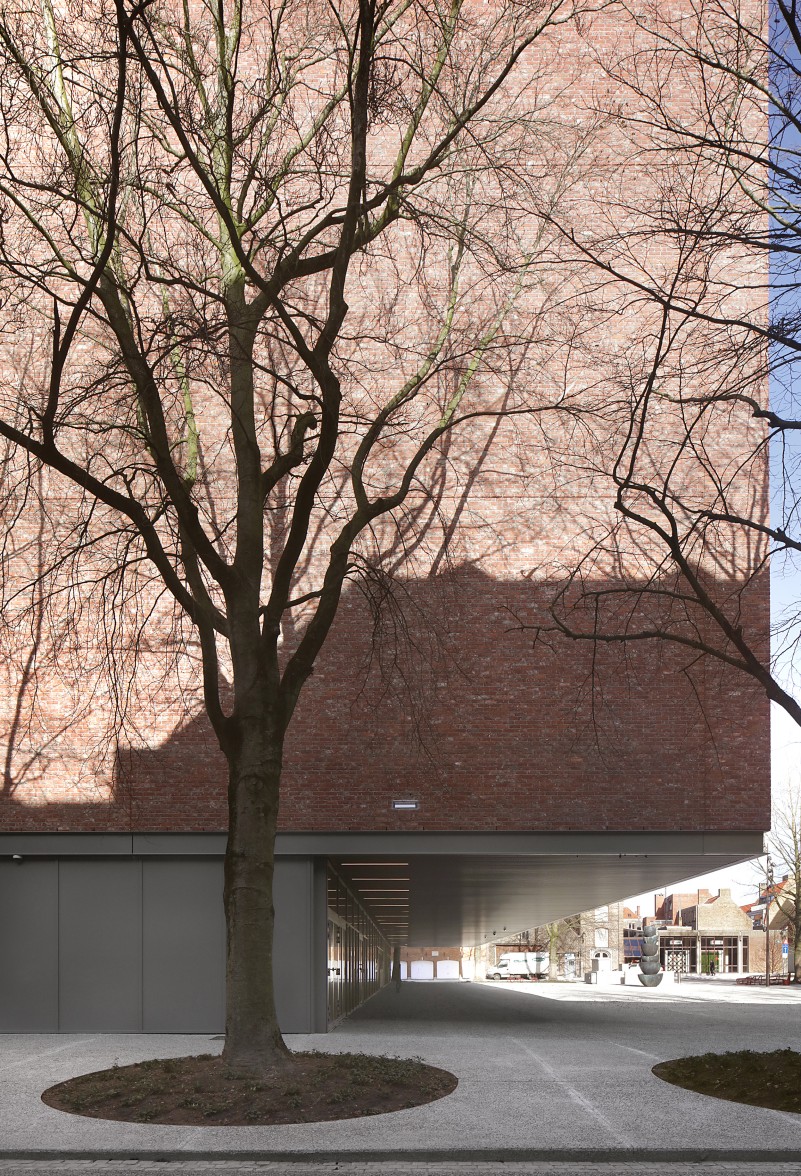 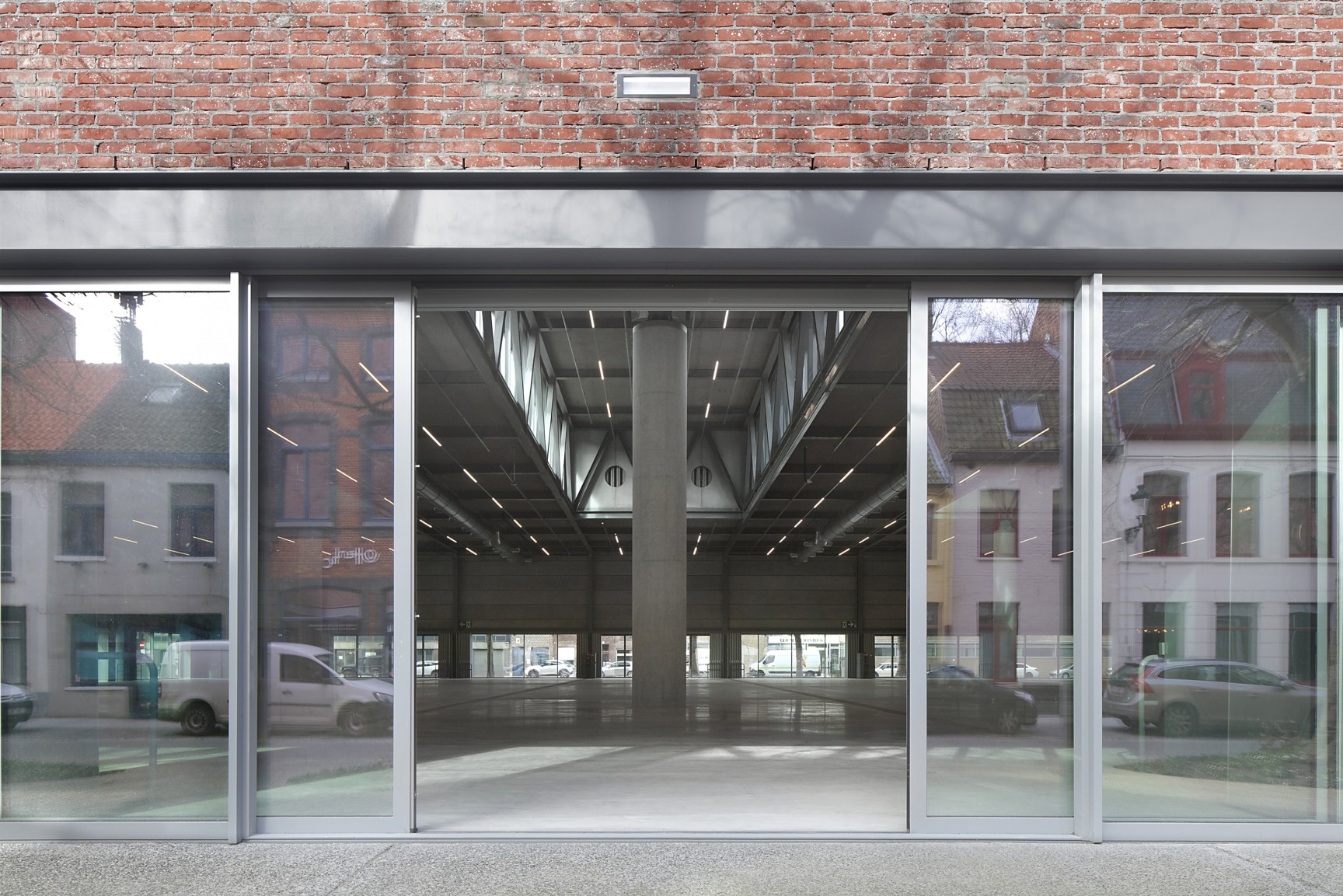 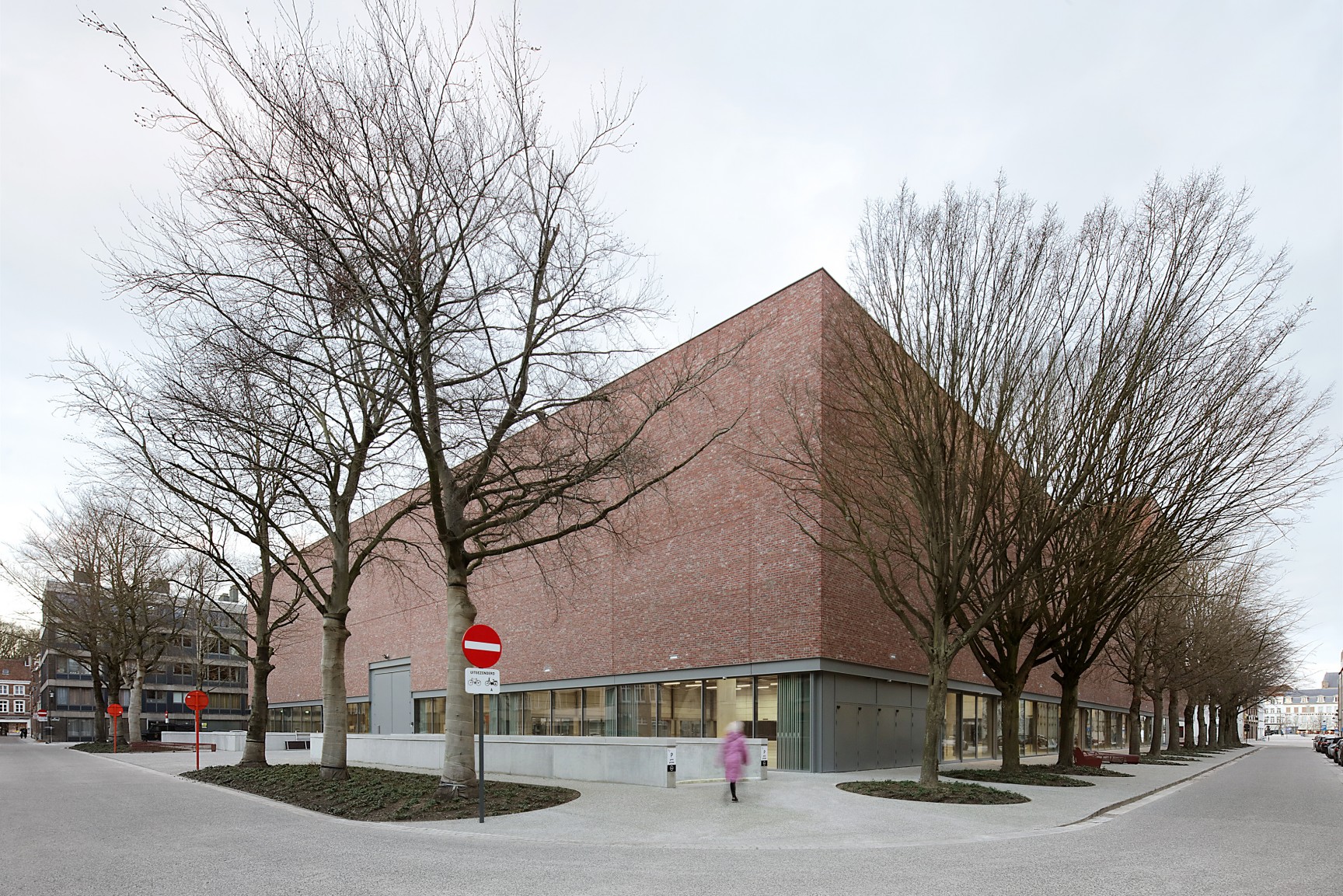 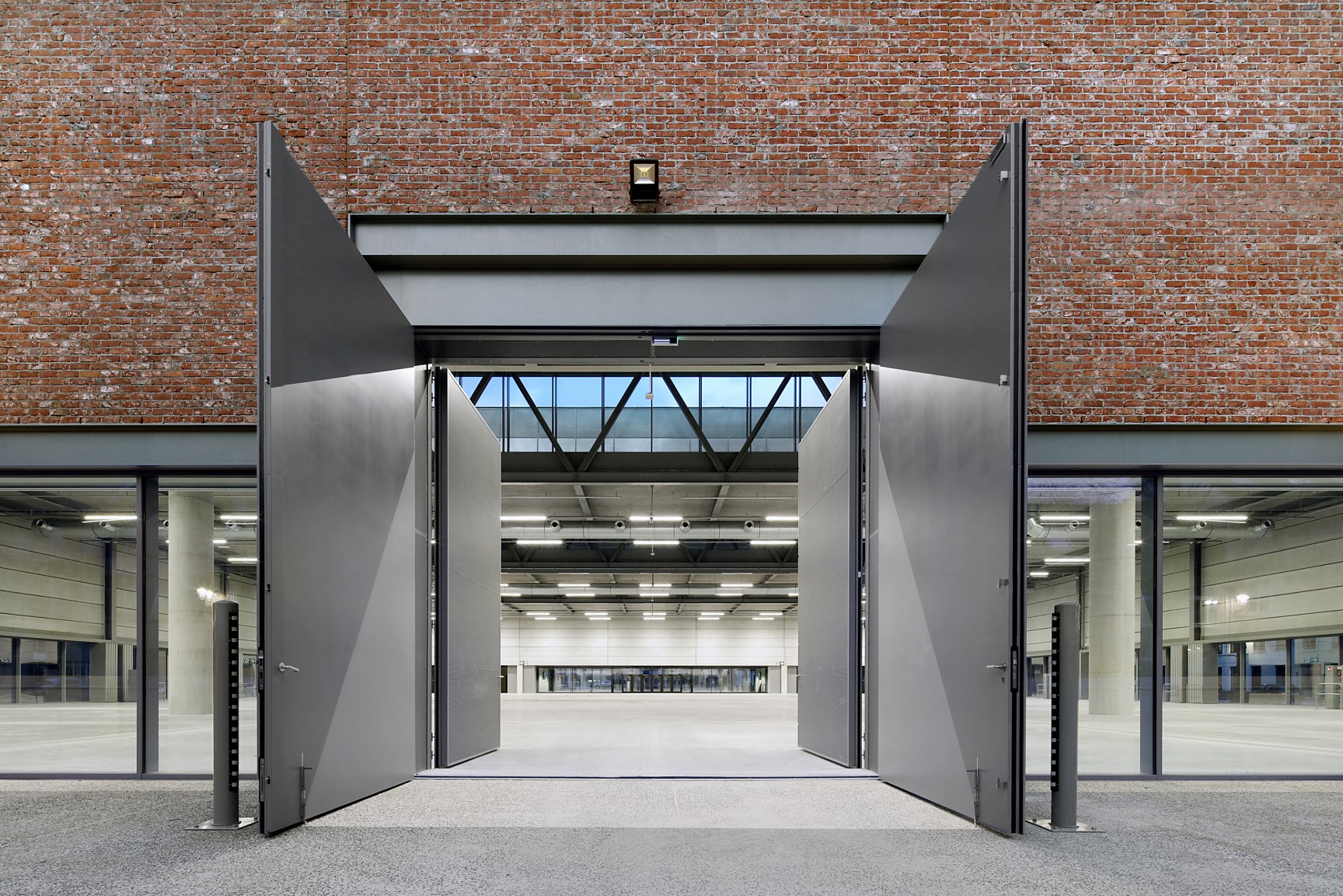 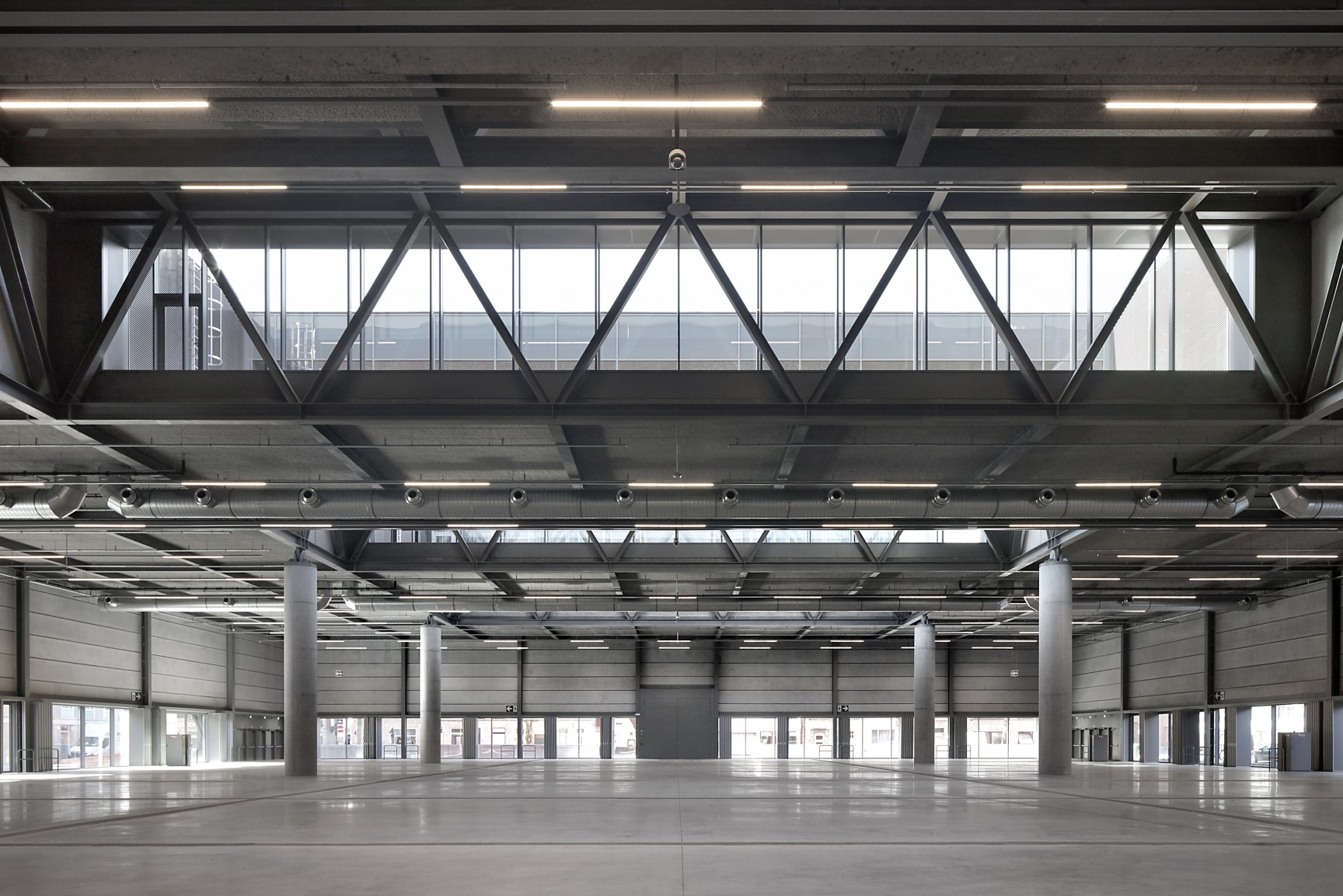 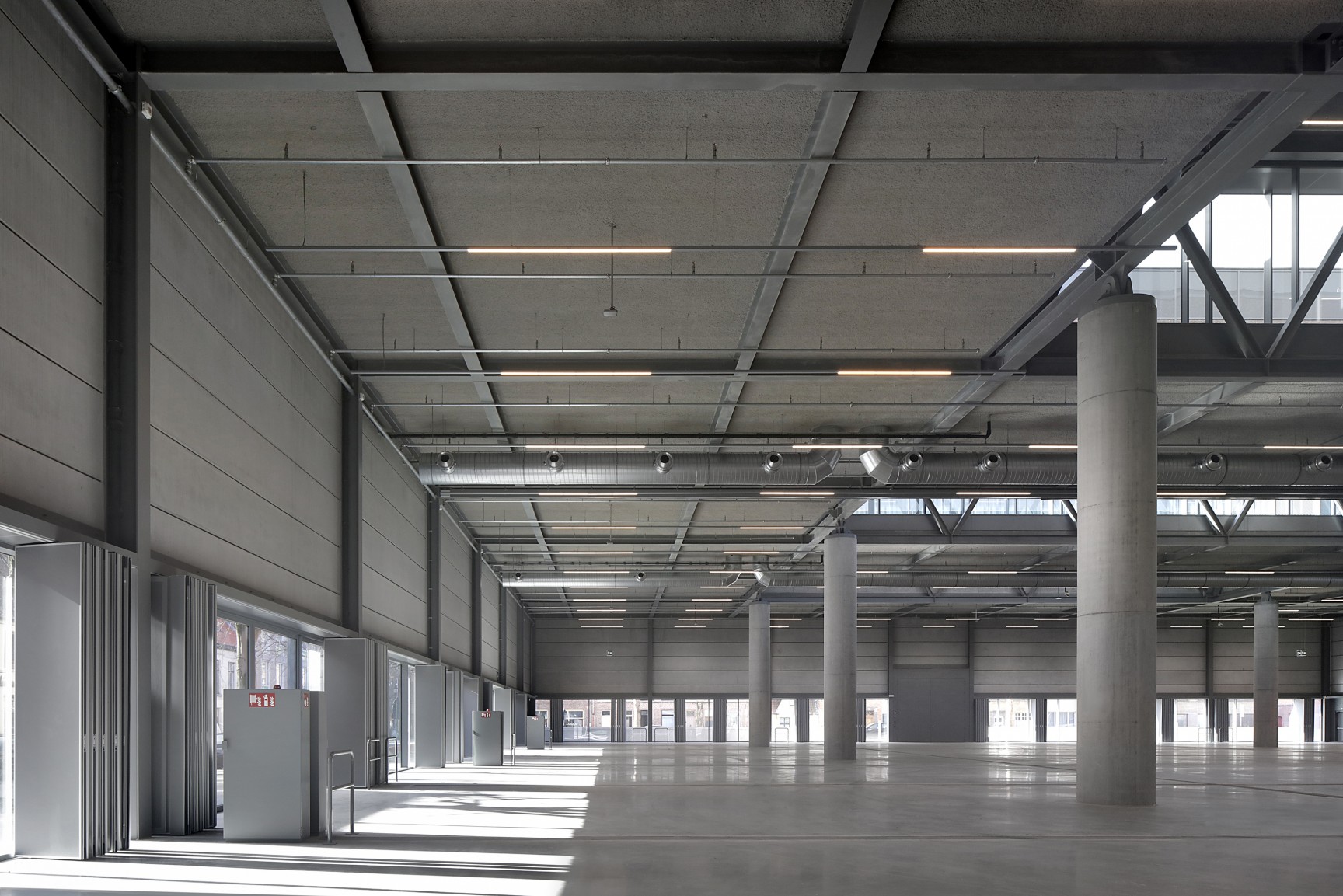 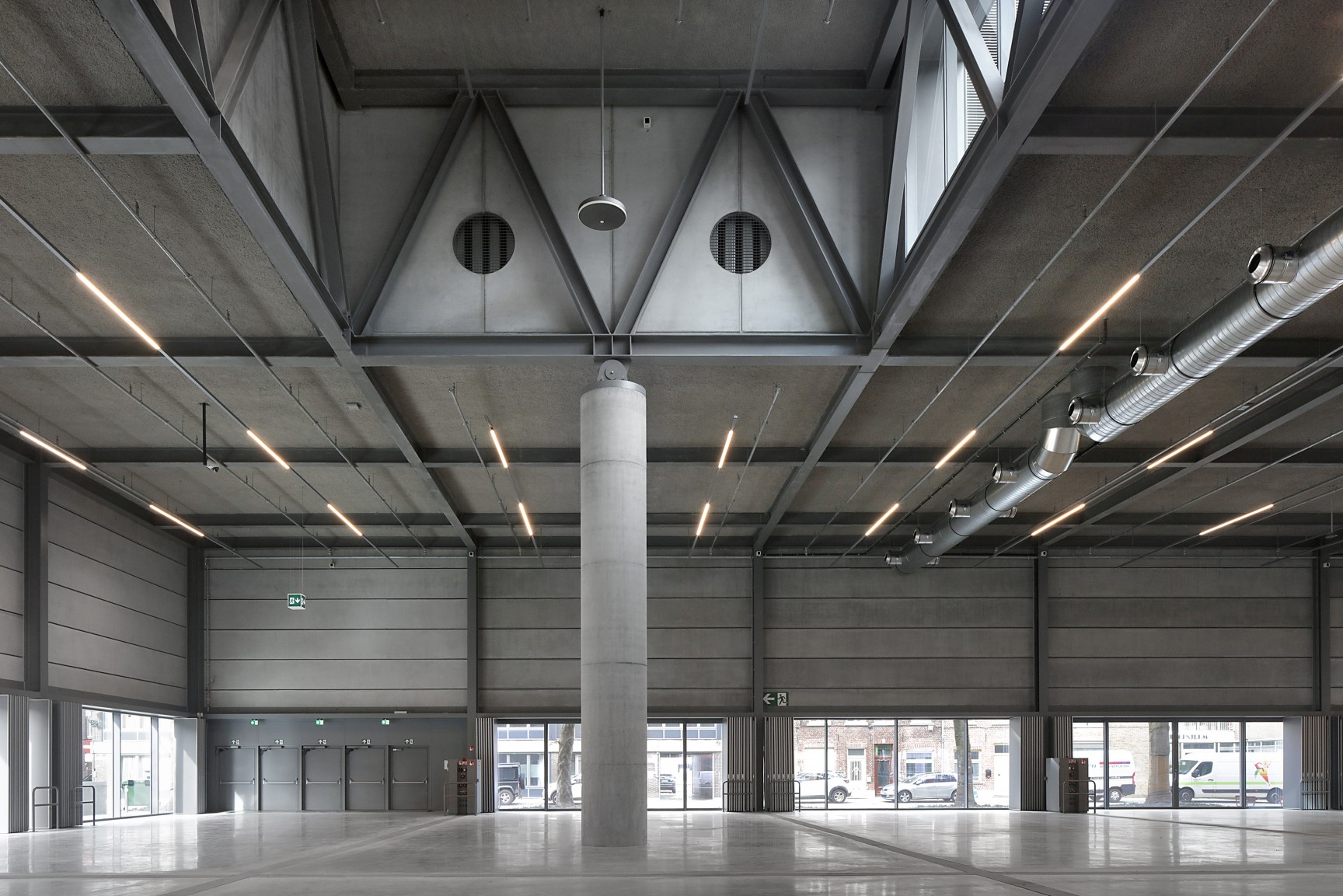 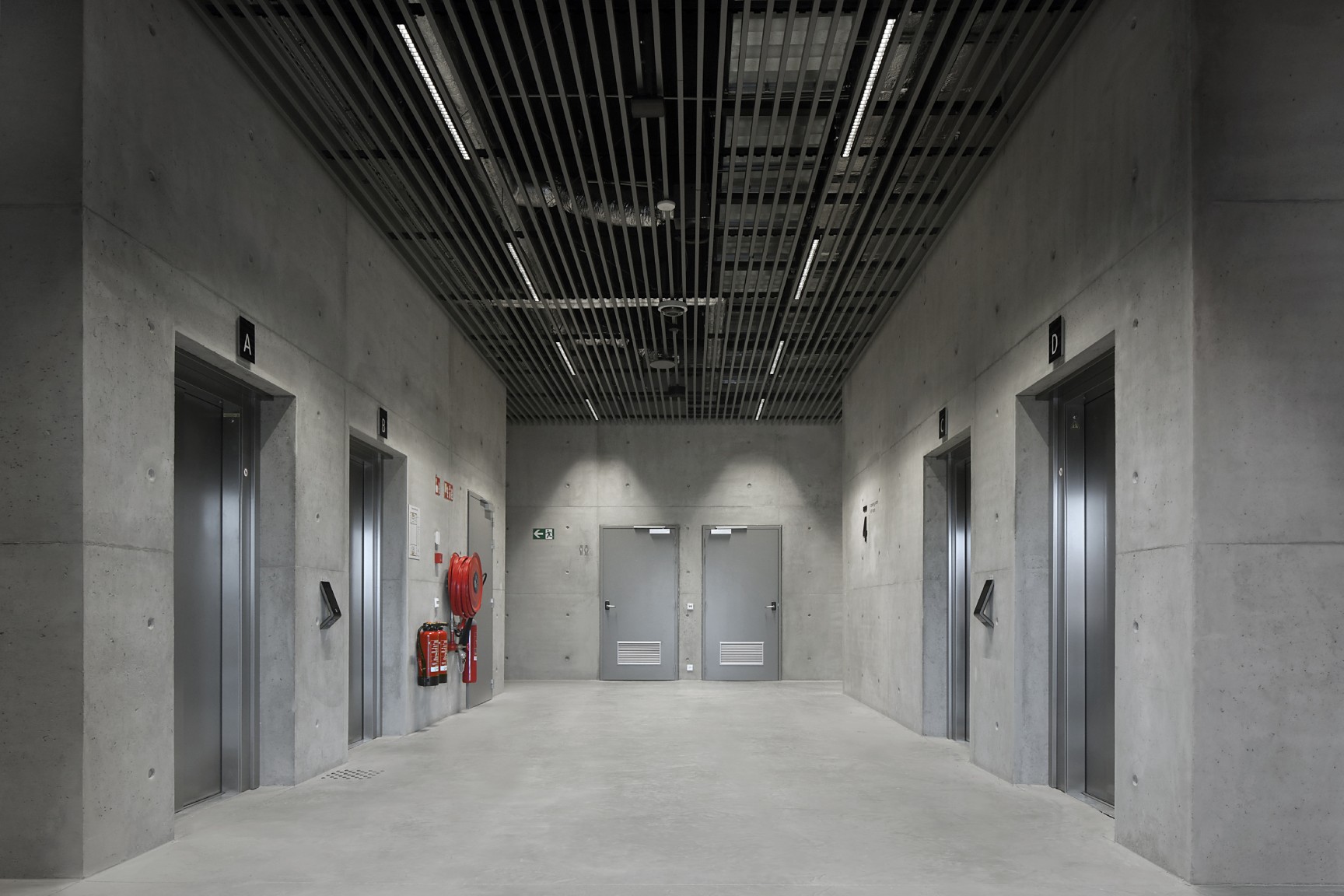 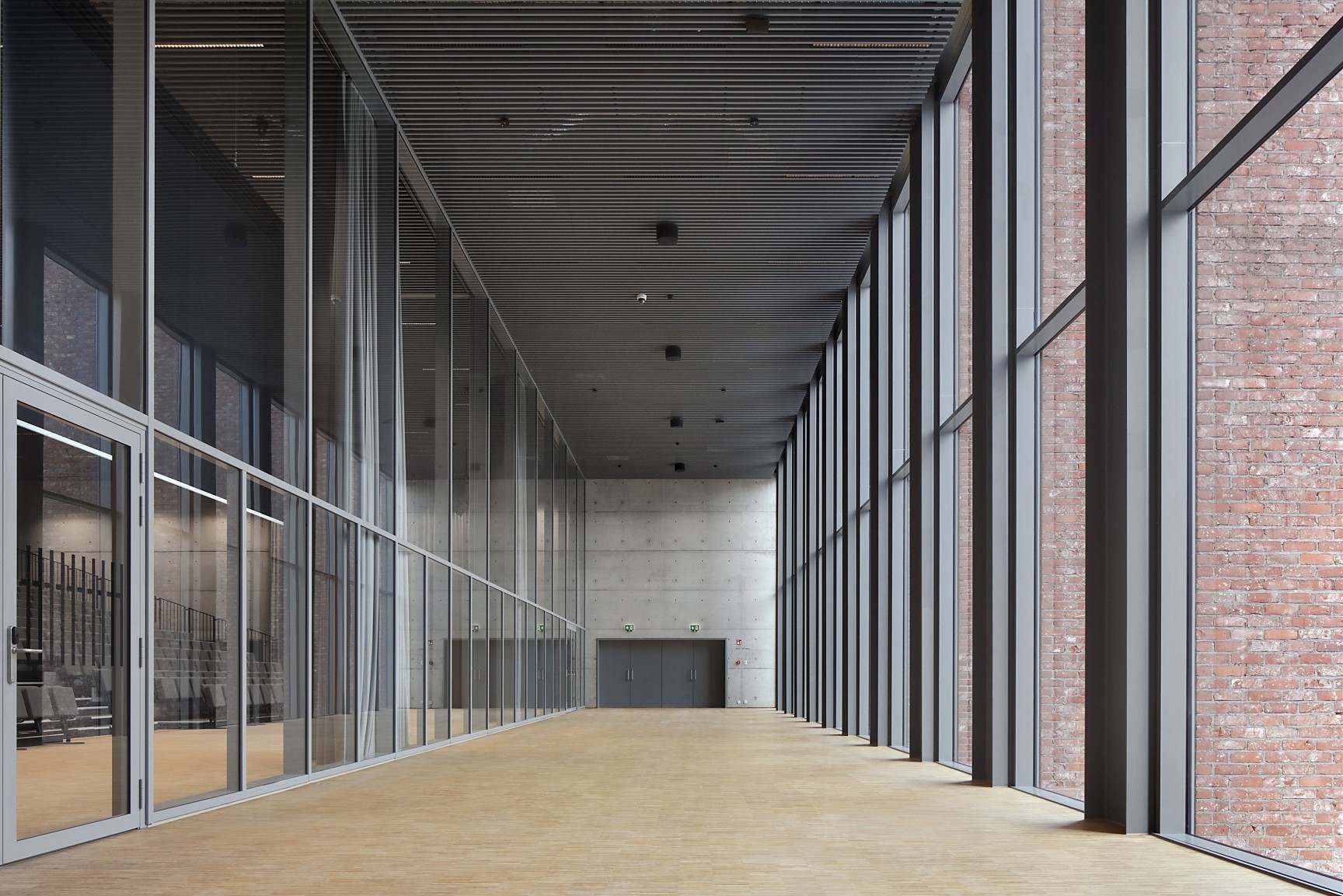 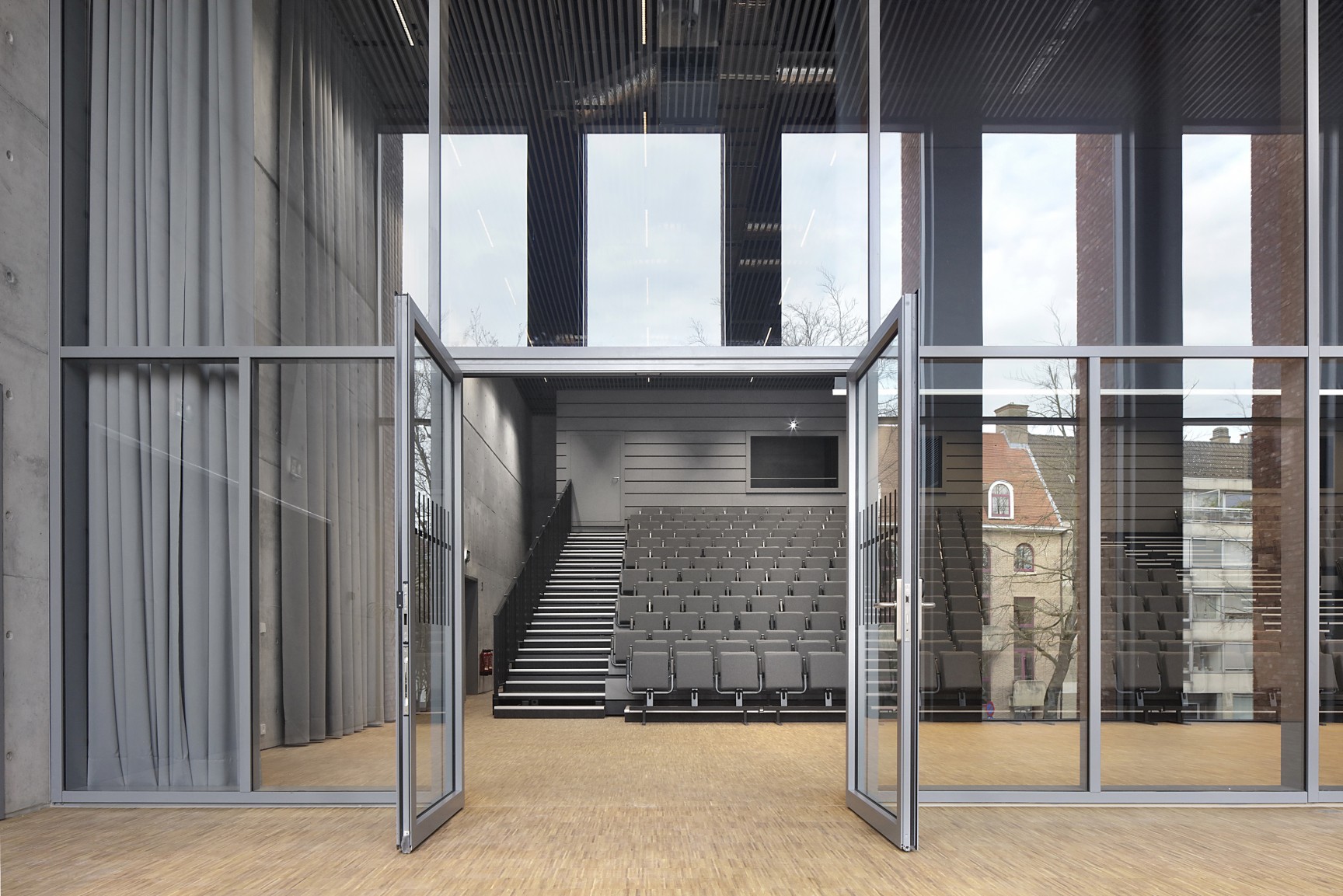 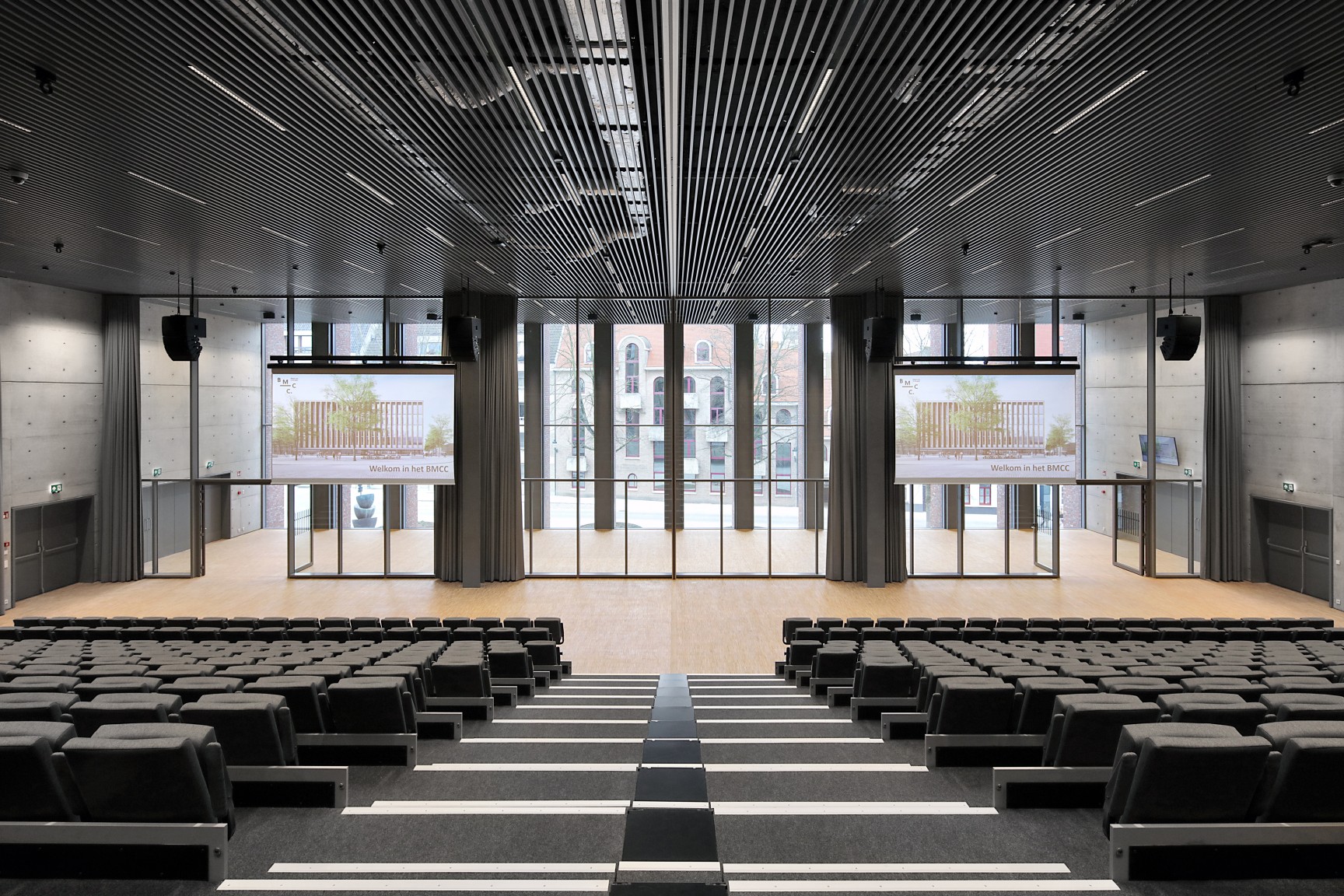 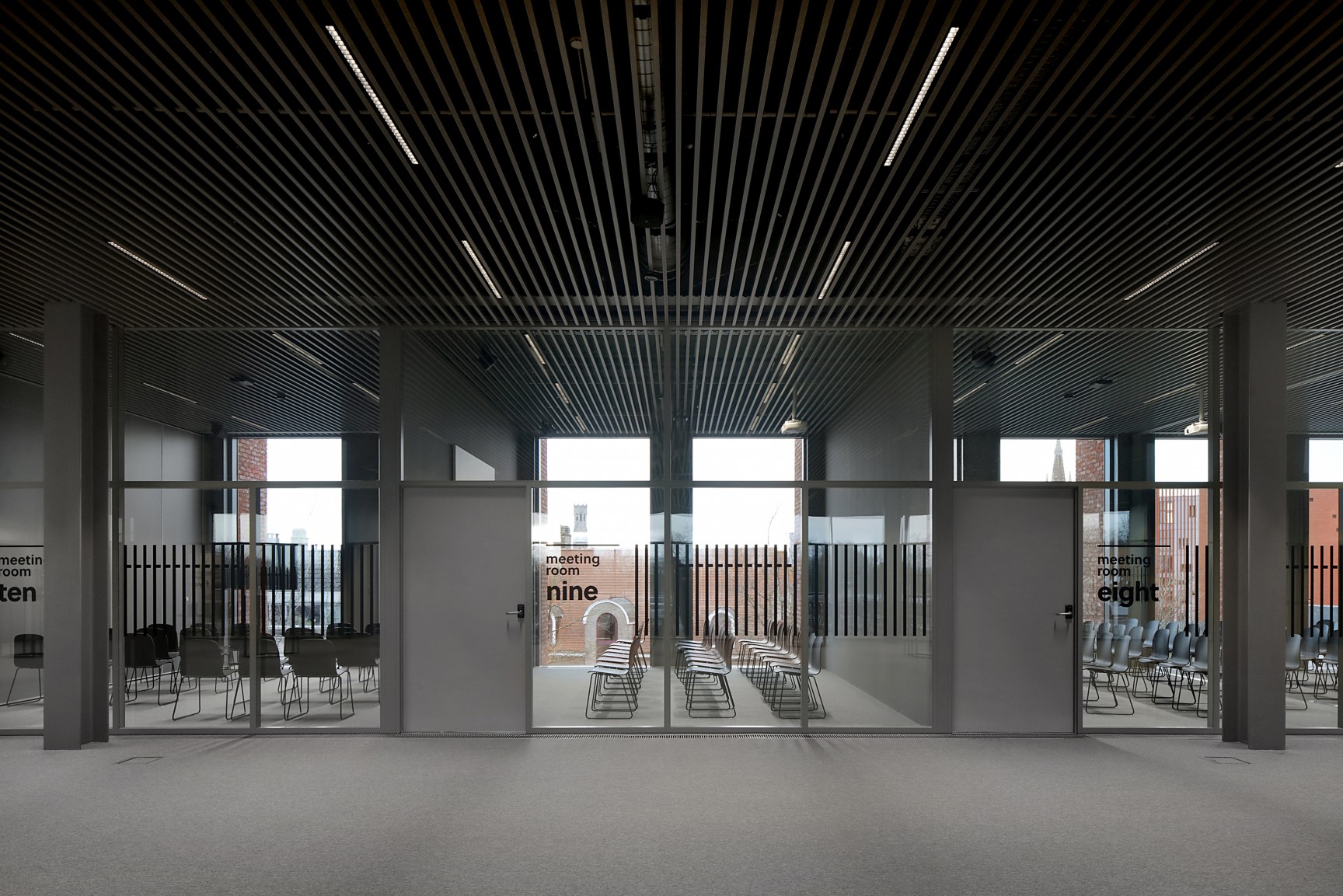 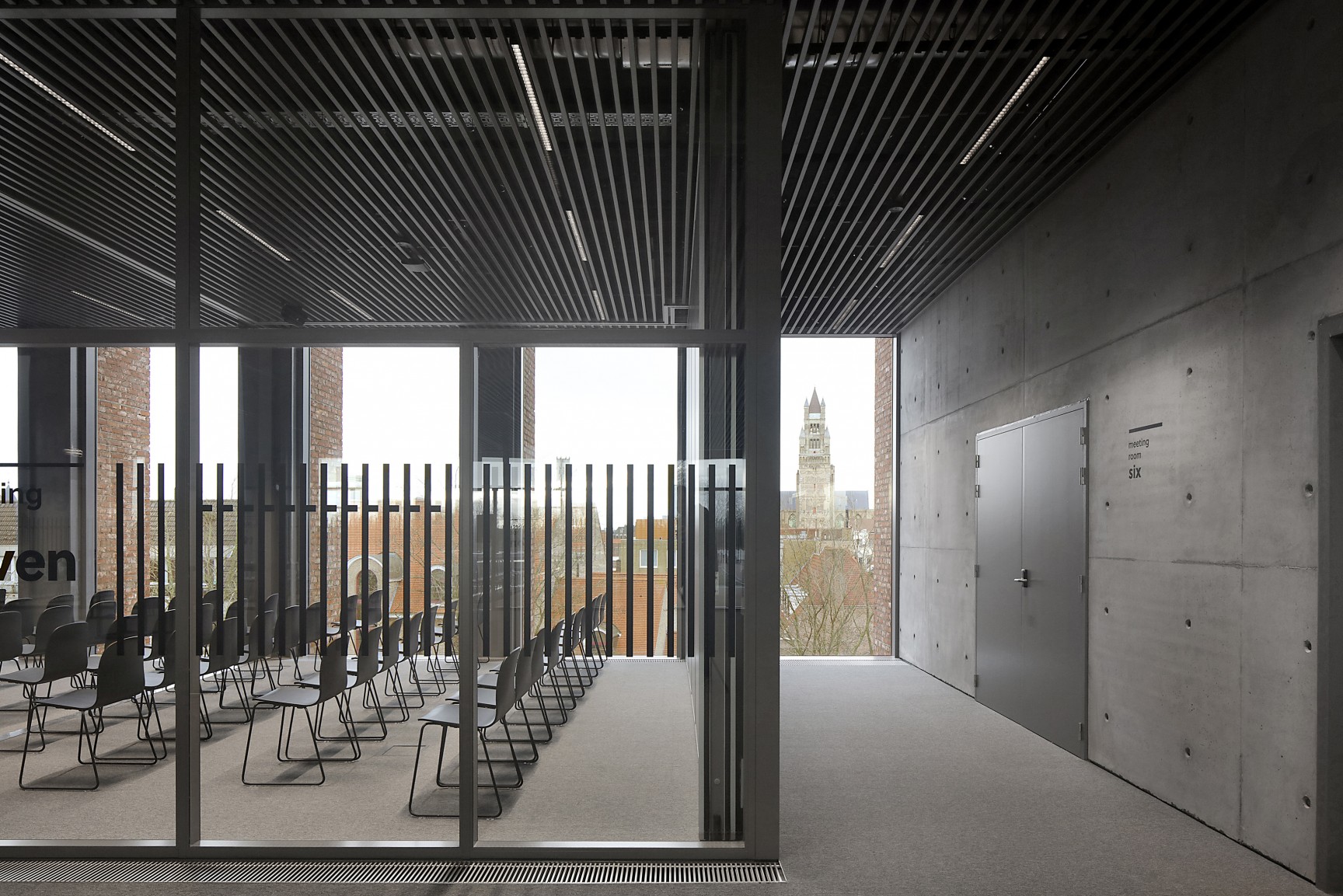 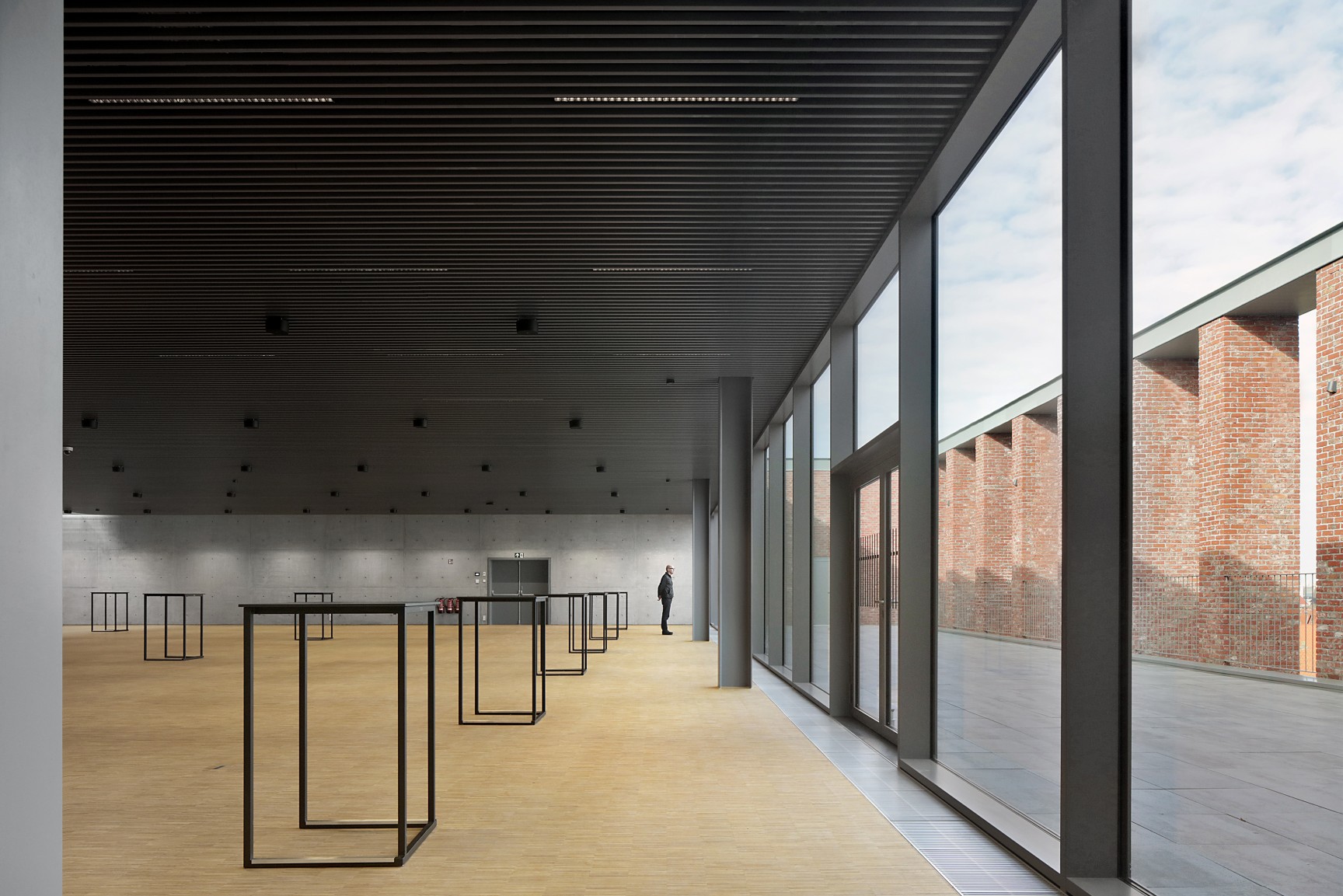 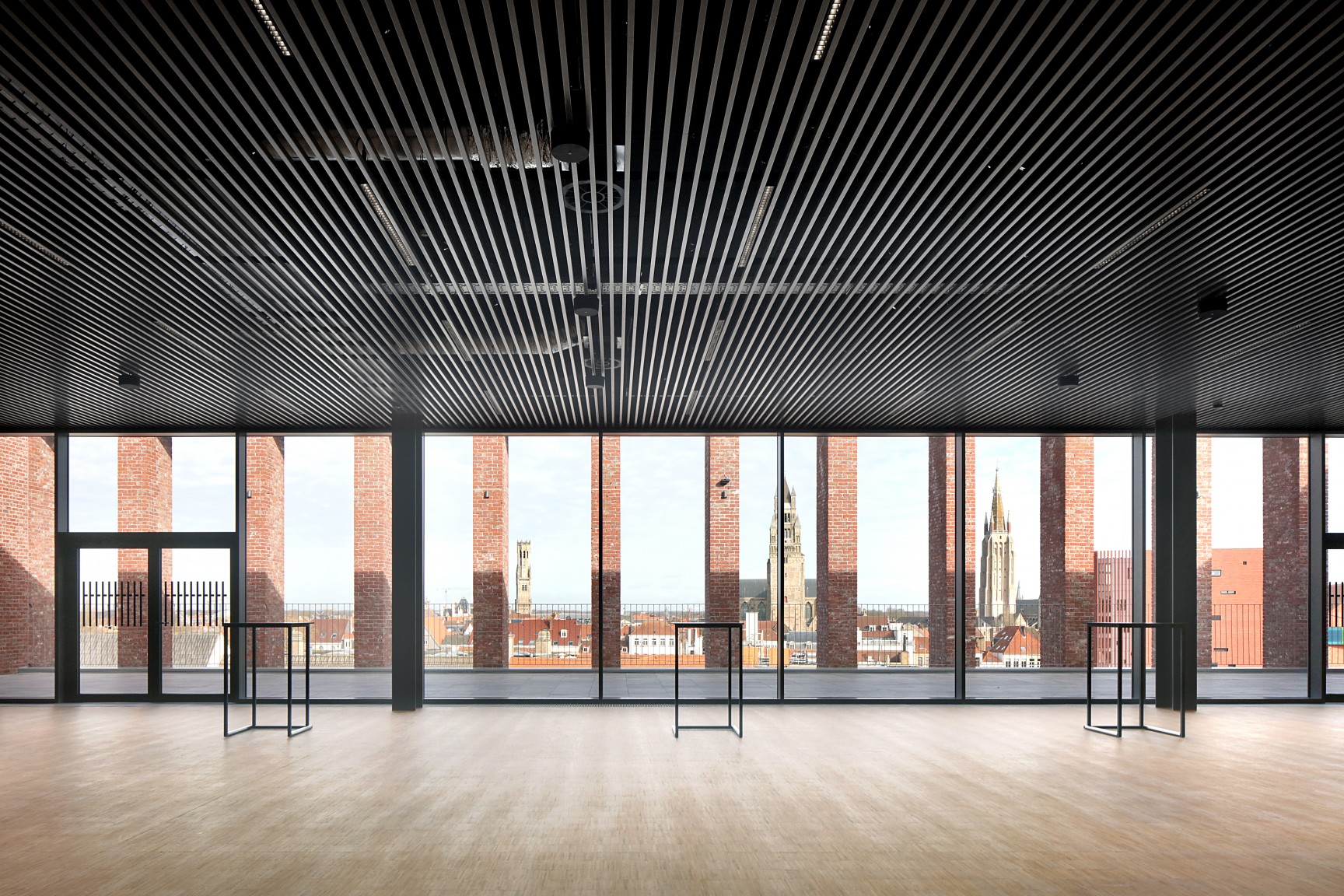 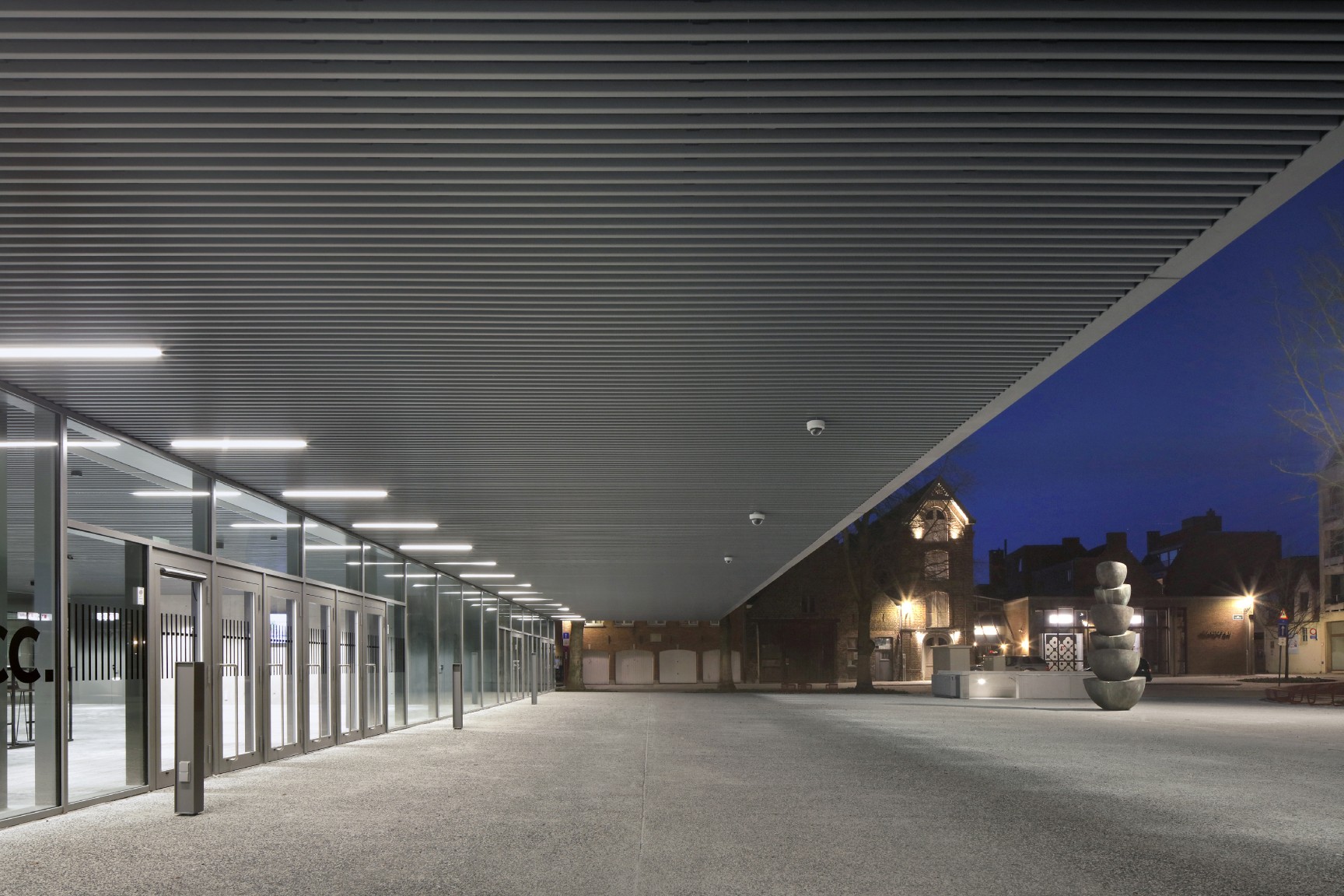 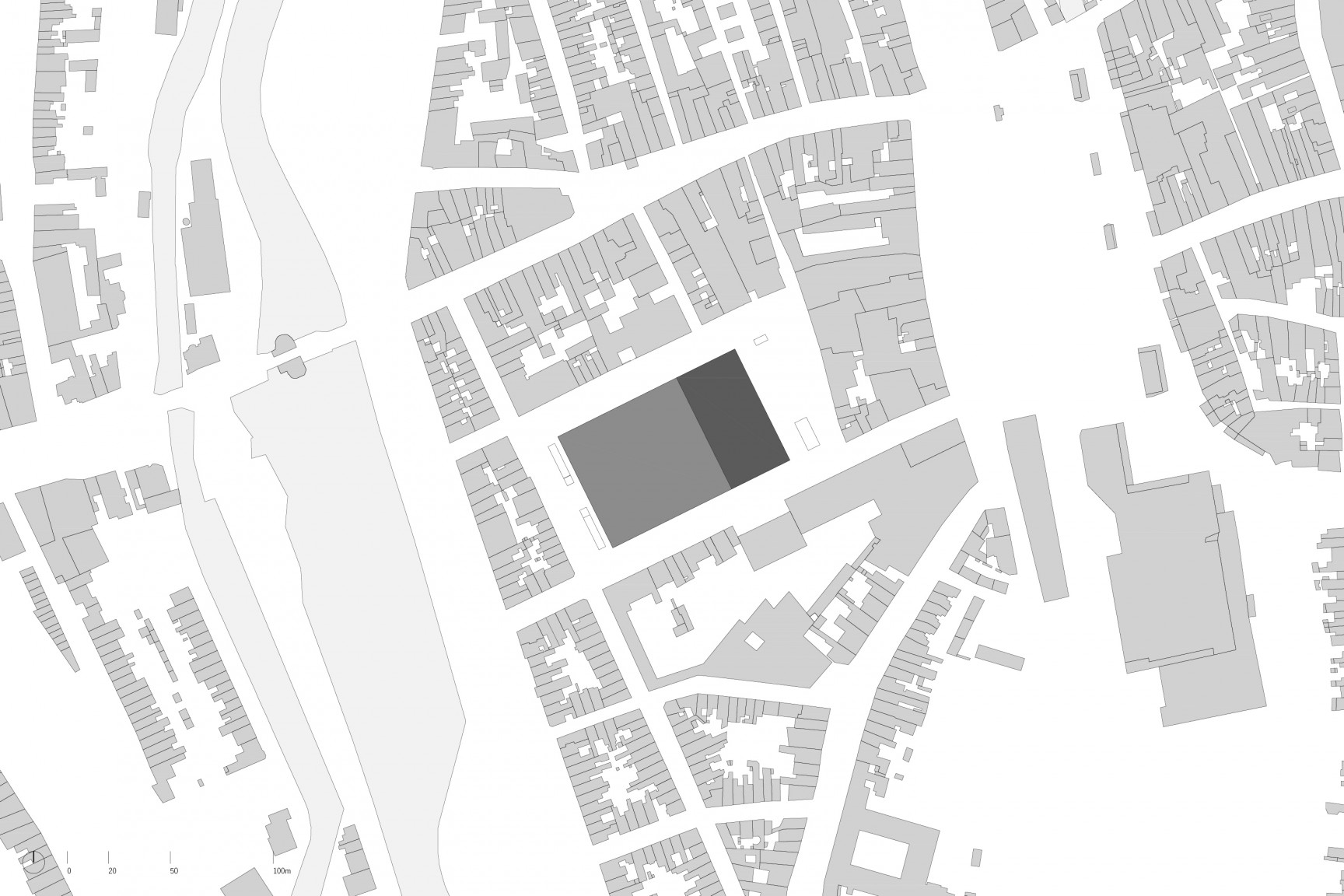 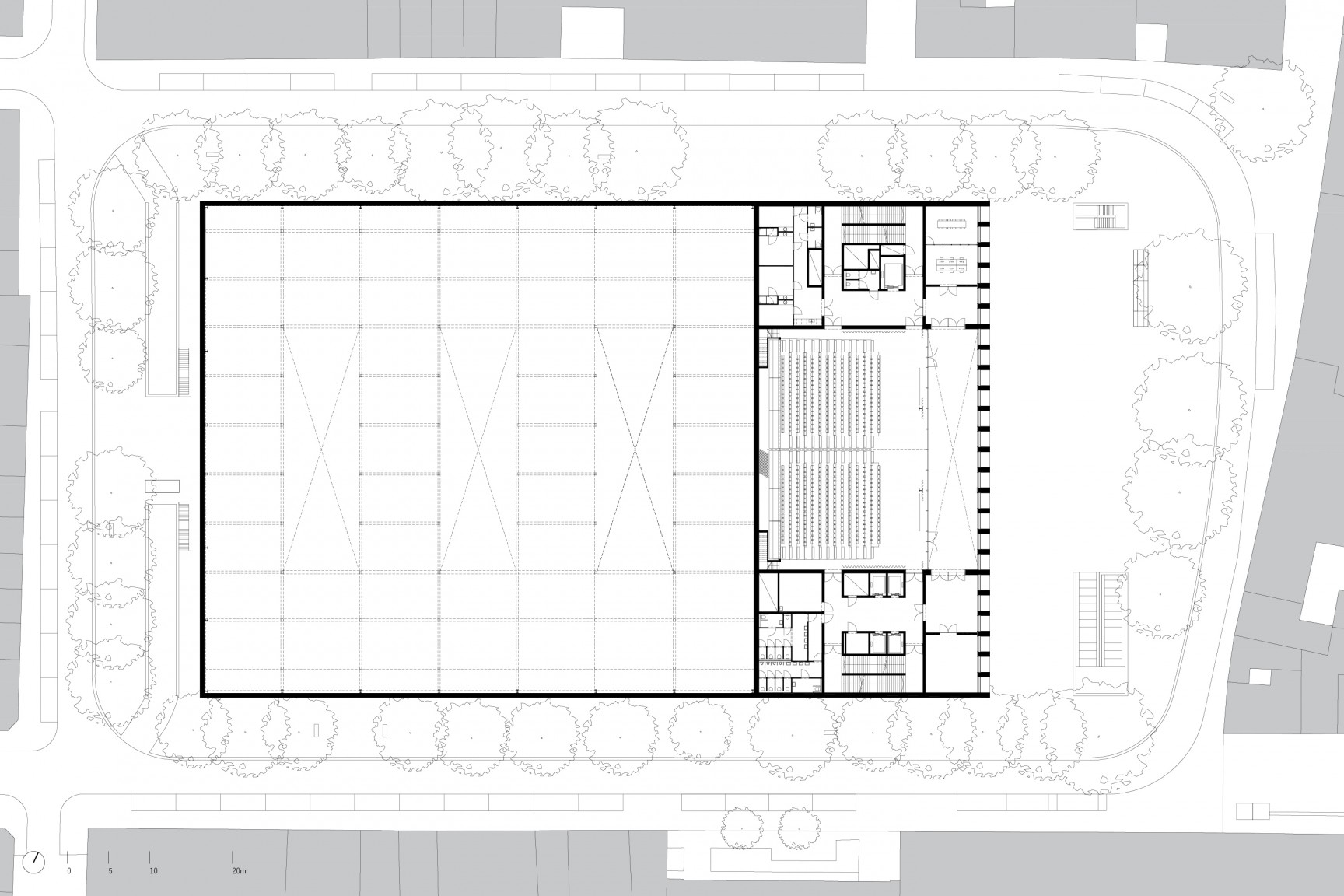 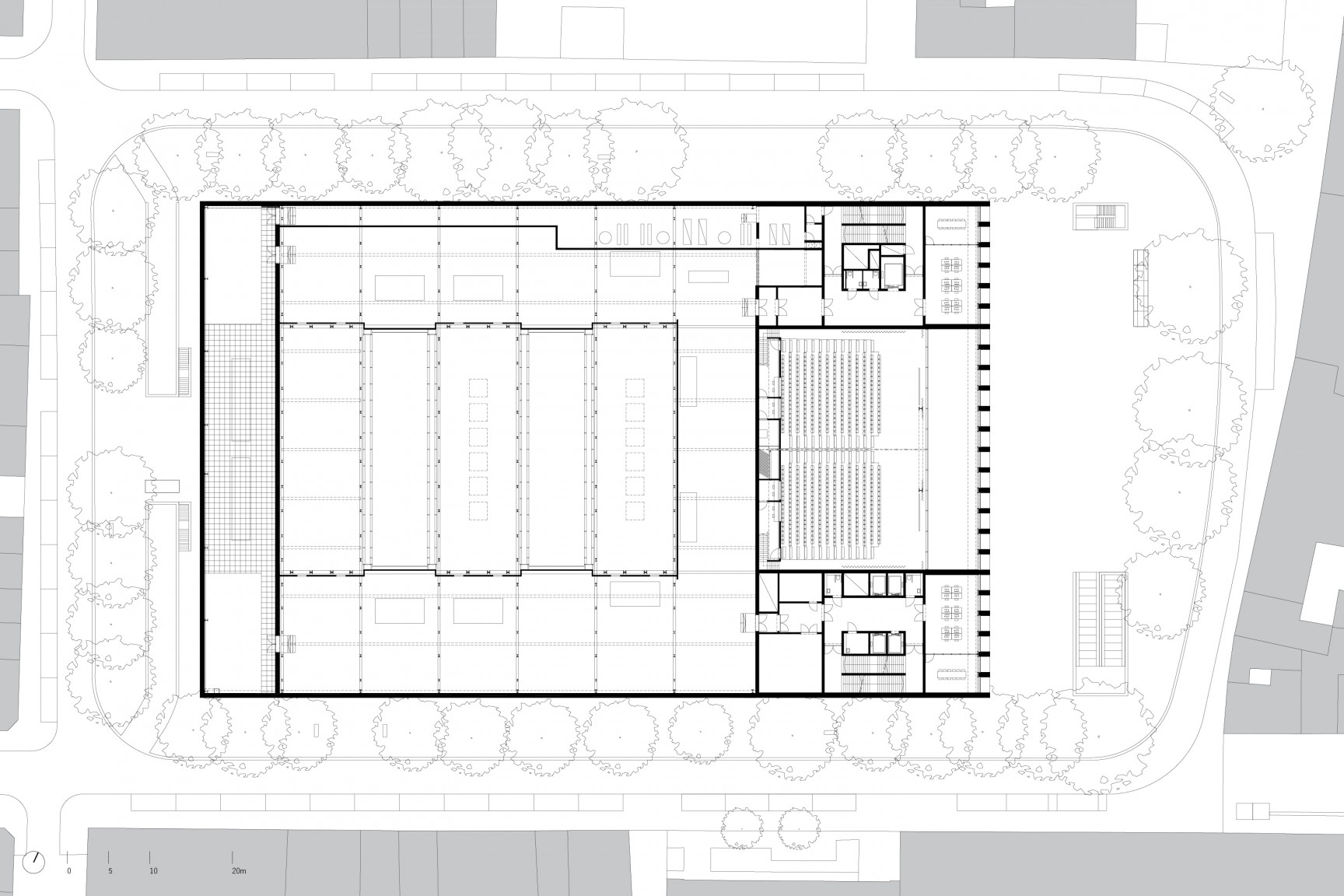 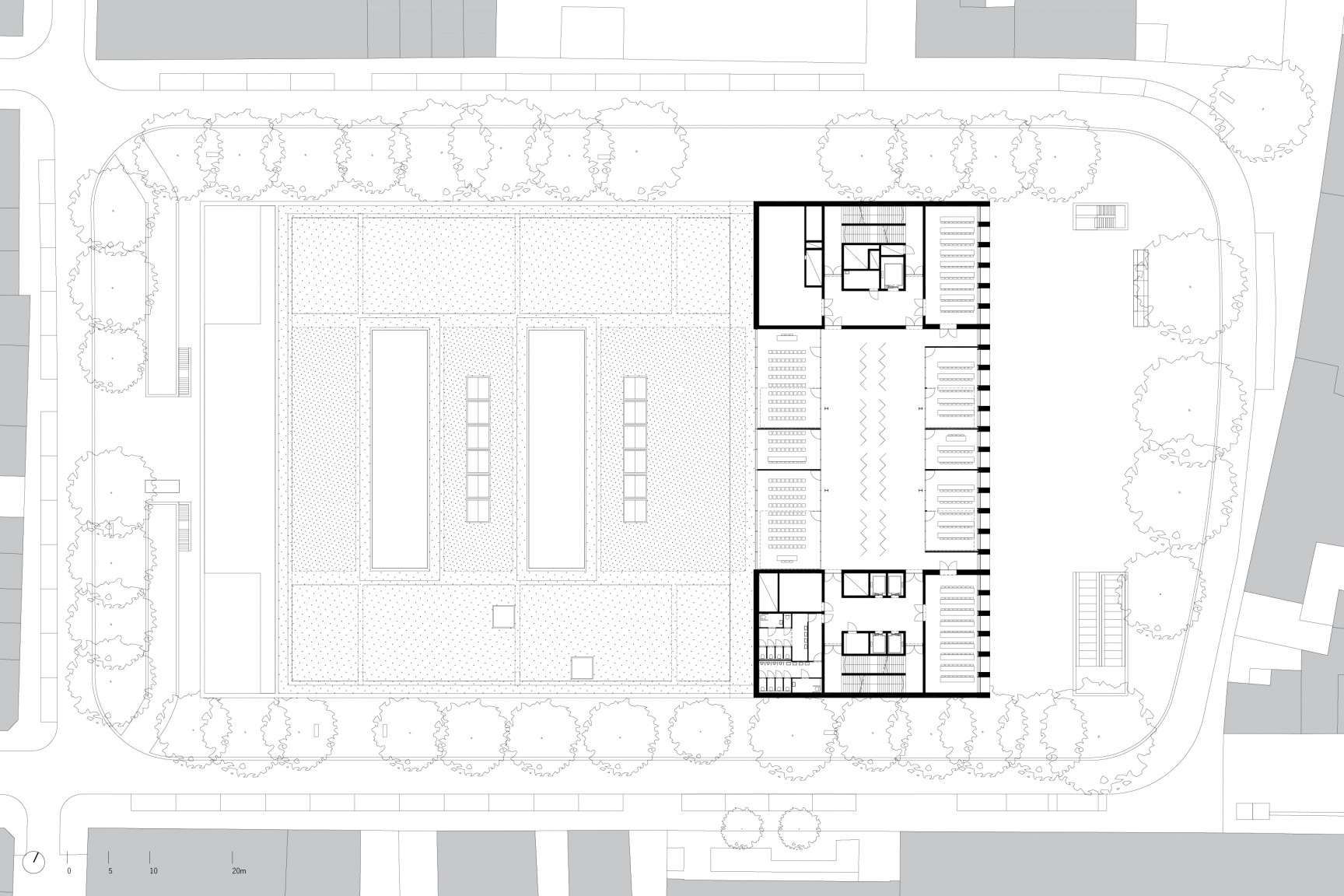 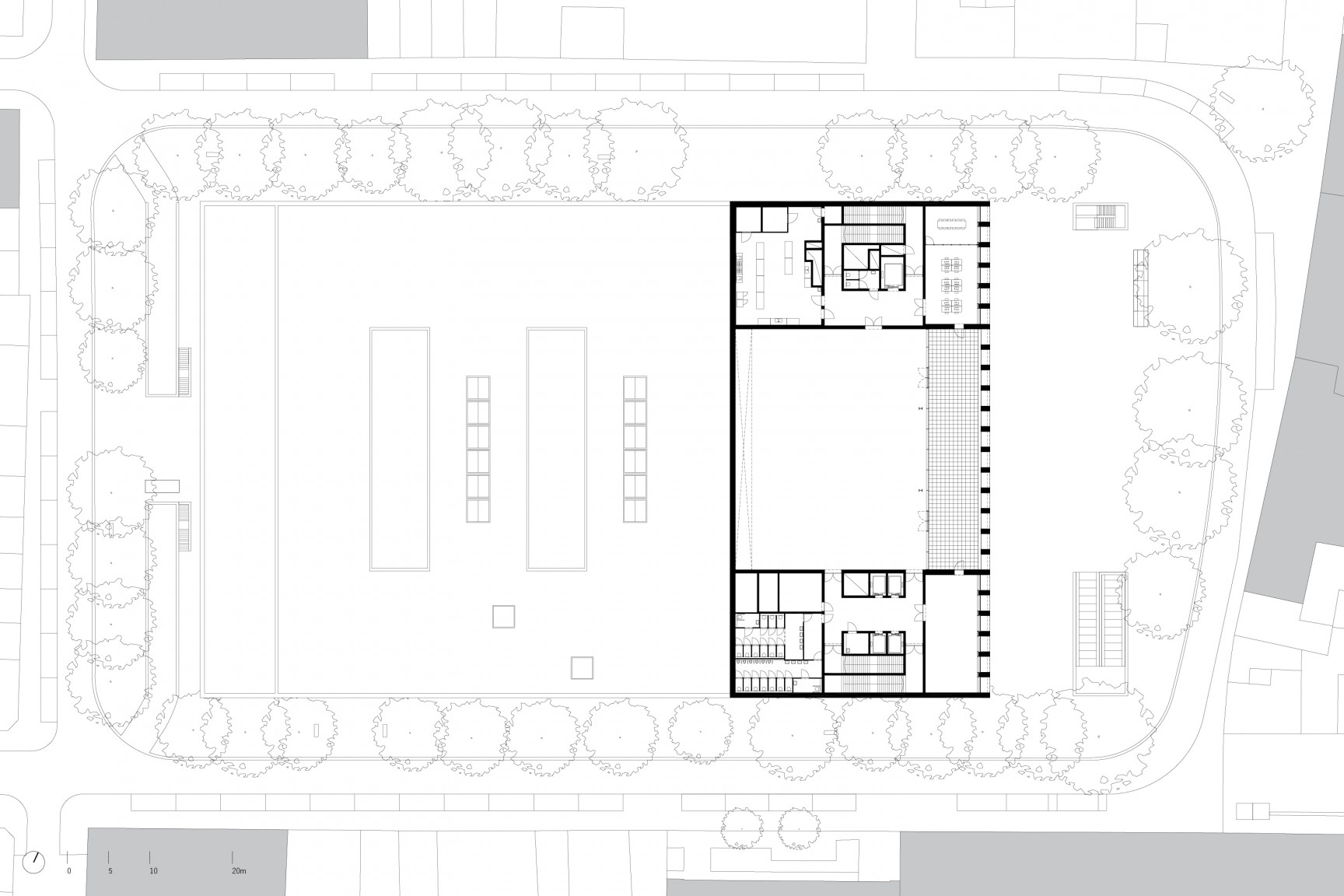 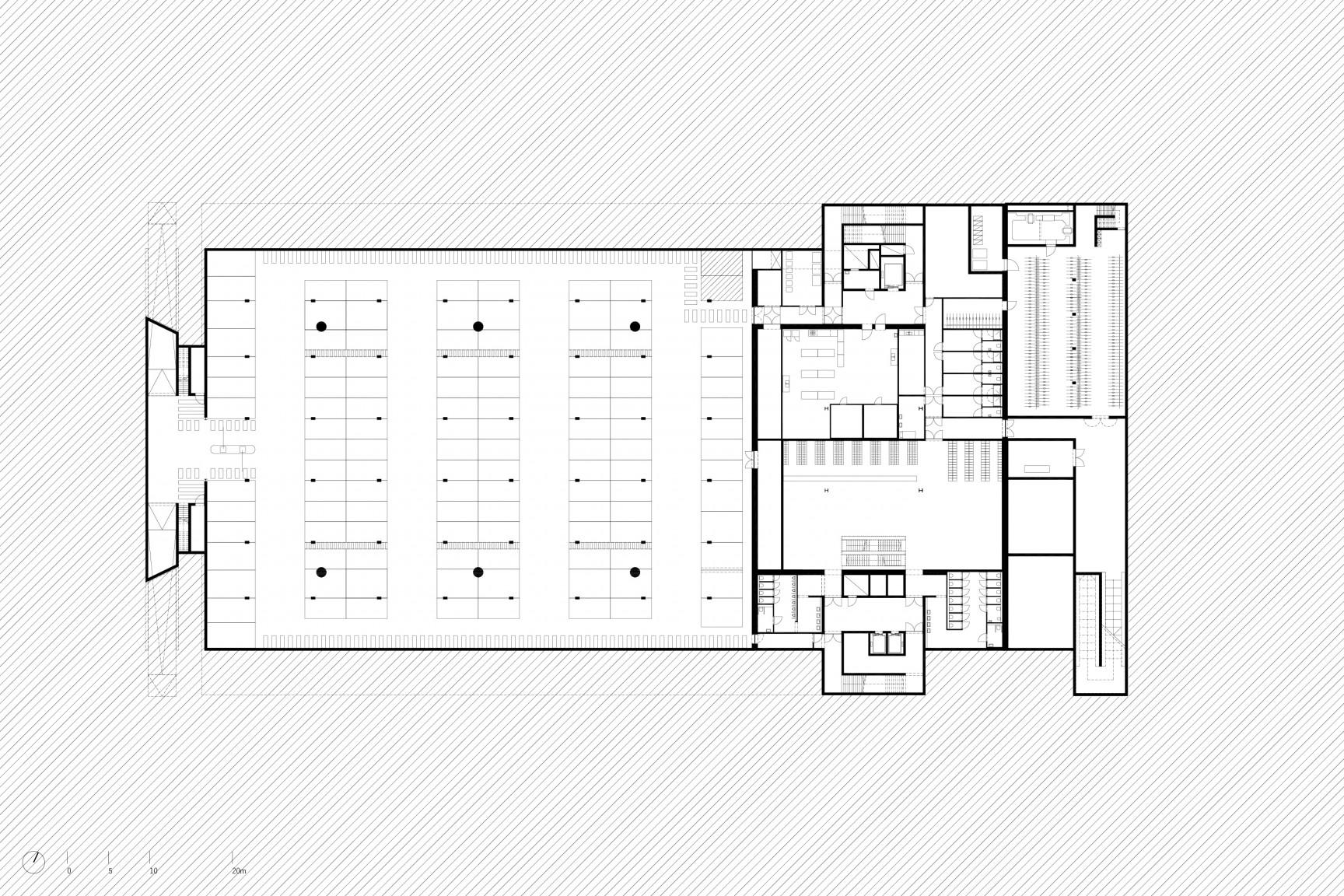 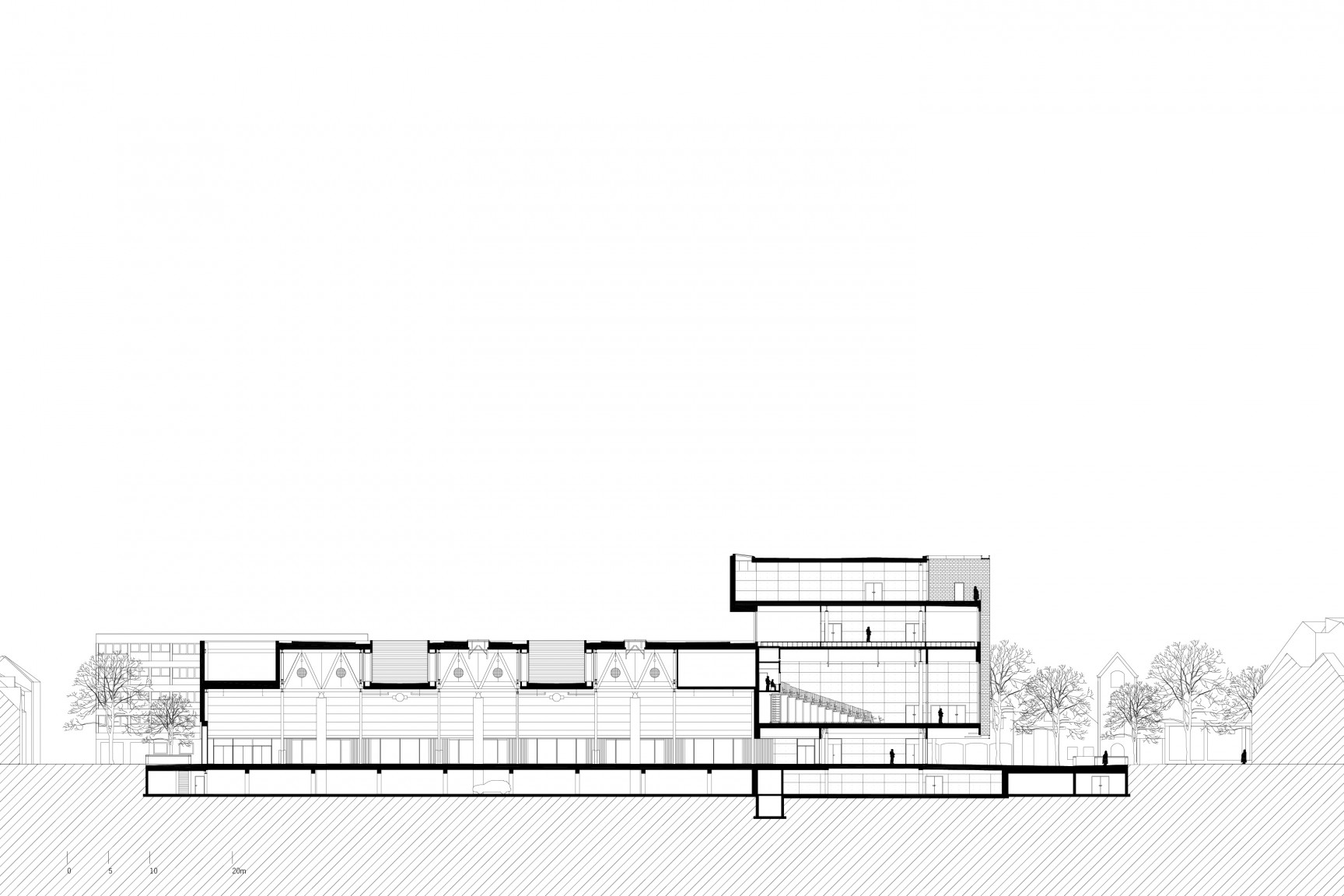 Bruges’s previous exhibition hall, now demolished, was erected as a temporary structure over 50 years ago by Groep Planning. When it became increasingly clear that it was physically unable to meet contemporary programming requirements, the City of Bruges launched an urban renewal project with the intention of creating a new dynamic in West-Brugge. Besides the construction of a new exhibition hall – extended with a conference space – the area surrounding the new building was completely redesigned.

The architectural team – Eduardo Souto de Moura and META architectuurbureau – has delivered an open and virtually obstacle-free exhibition hall that can accommodate every type of event. But at the same time, by opening up the outer glass walls of the exhibition hall, the area can be transformed into a public covered square. Functional division and flexible use are two of the building’s greatest assets. Connected by a shared entrance, the exhibition and conference areas can be used independently or simultaneously. While the exhibition hall is organised horizontally, oriented towards the neighbourhood and immediately accessible from outside, the conference area is stacked vertically.

The monumental building rests on a glass plinth. This enhances the transparency at ground level whole emphasising the public character of what can also be a covered square. The entrance is dominated by an impressive cantilever that provides a covered entrance. The floating canopy – a sheltered meeting place in both summer and winter – also organises a gradual transition between the forecourt and the building’s entrance.

The massive brick columns lend an attractive cadence to the façade. With their solid character, they provide plenty of shade but also serve as an integral sun shield. From the second floor, they direct the viewer’s gaze from inside to outside and over the city centre, where the three towers of the Belfry, the Saint Salvator’s Cathedral and the Church of Our Lady define the Bruges skyline.

The building has a robust, massive appearance thanks to the use of reddish brown bricks that correspond to the colour palette of the city. The bricks are fully set in the mortar and with a simple levelled joint they allude to traditional masonry techniques. A reference to historic Bruges.

The preservation of the majestic trees that have long graced the Beursplein was a non-negotiable stipulation. The architectural team succeeded, to everyone’s relief and satisfaction, in supporting the mature trees safely and healthily through the building works. The designers worked in collaboration with external arborists and the City of Bruges’ Public Works Department.