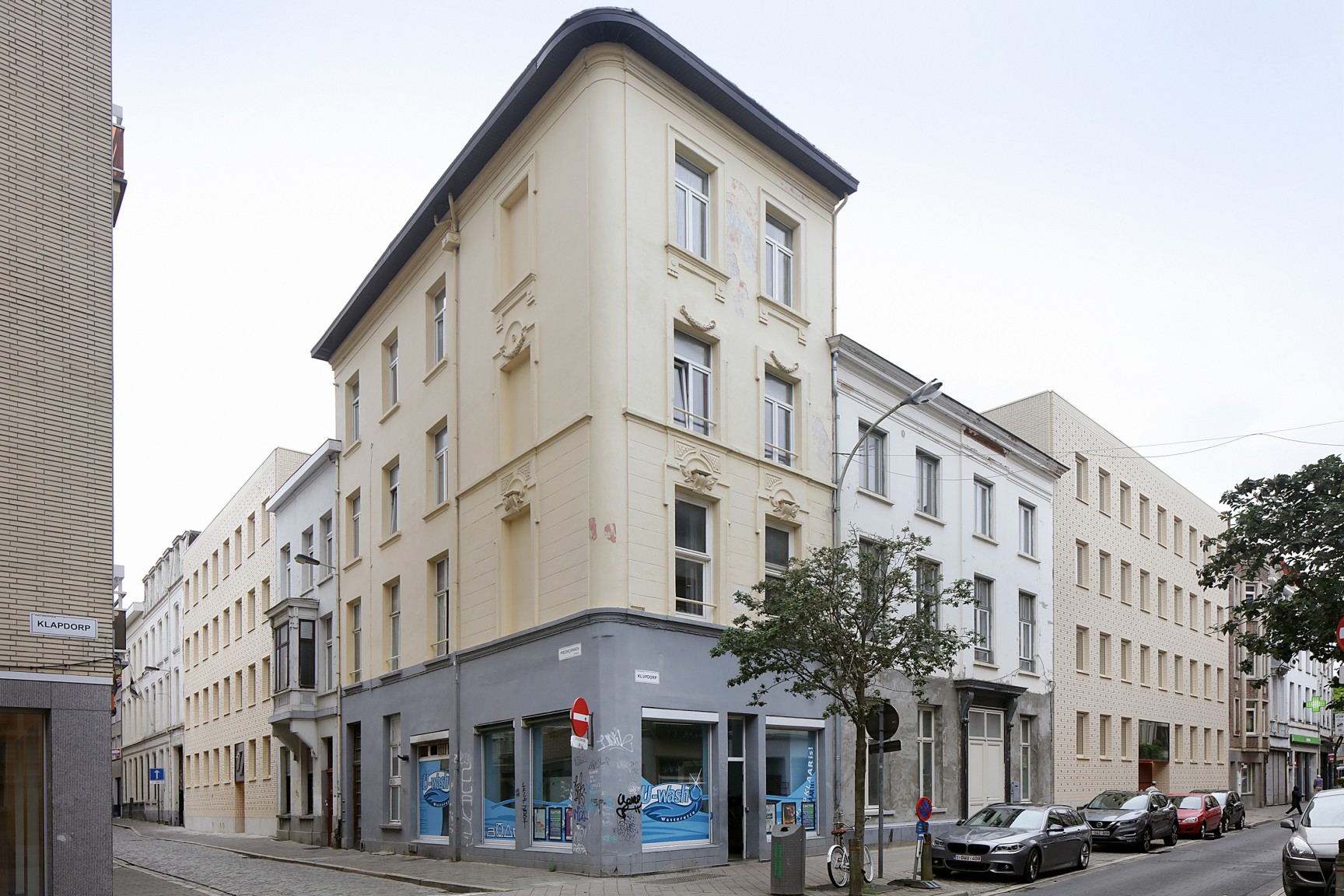 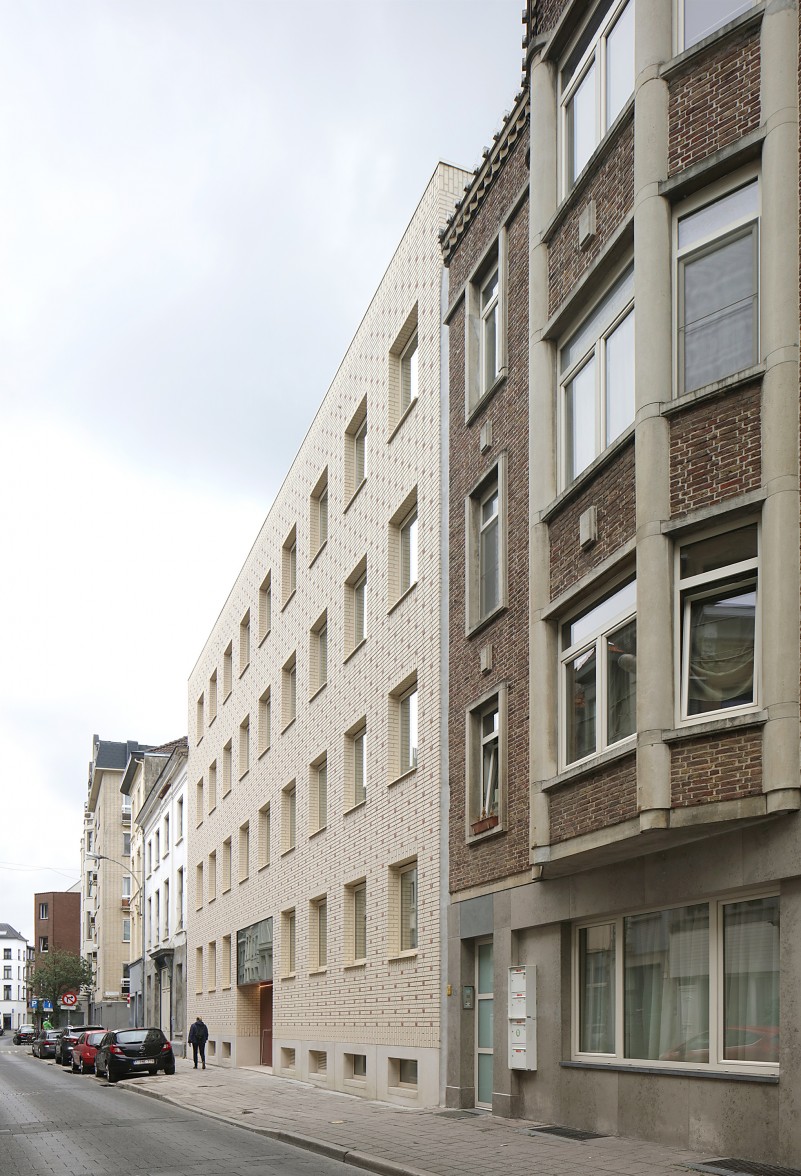 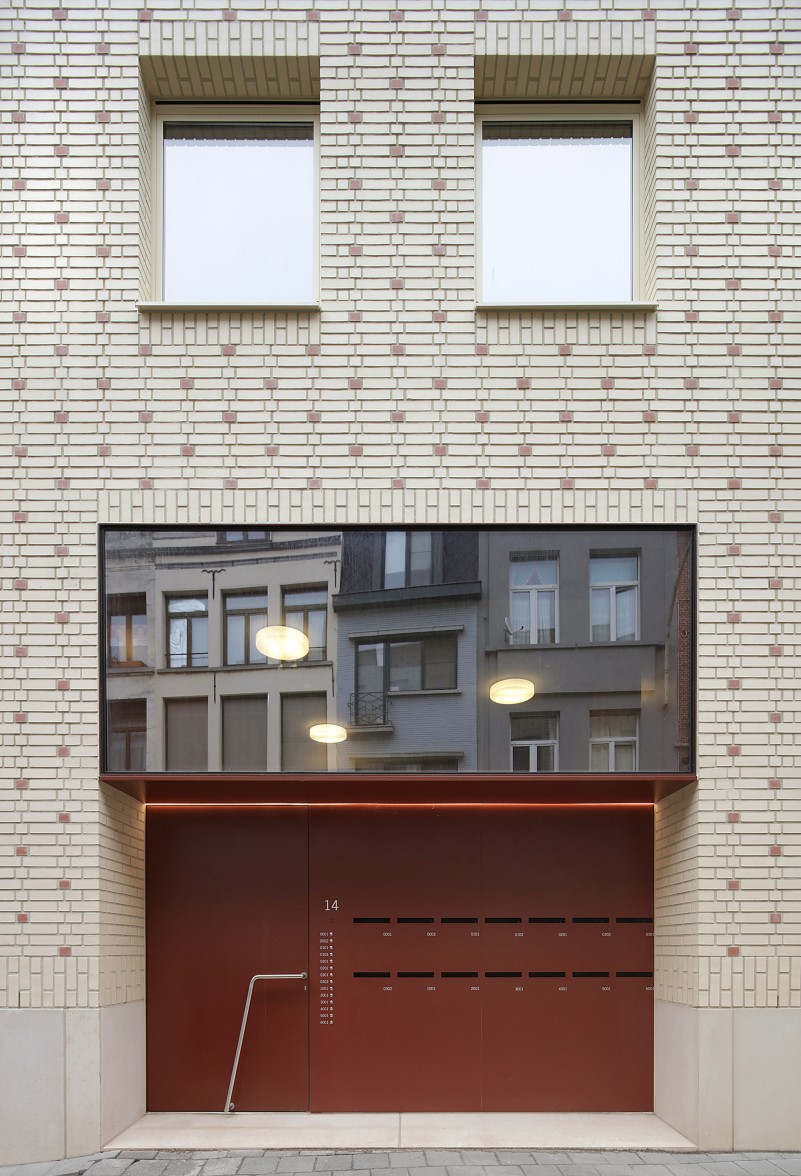 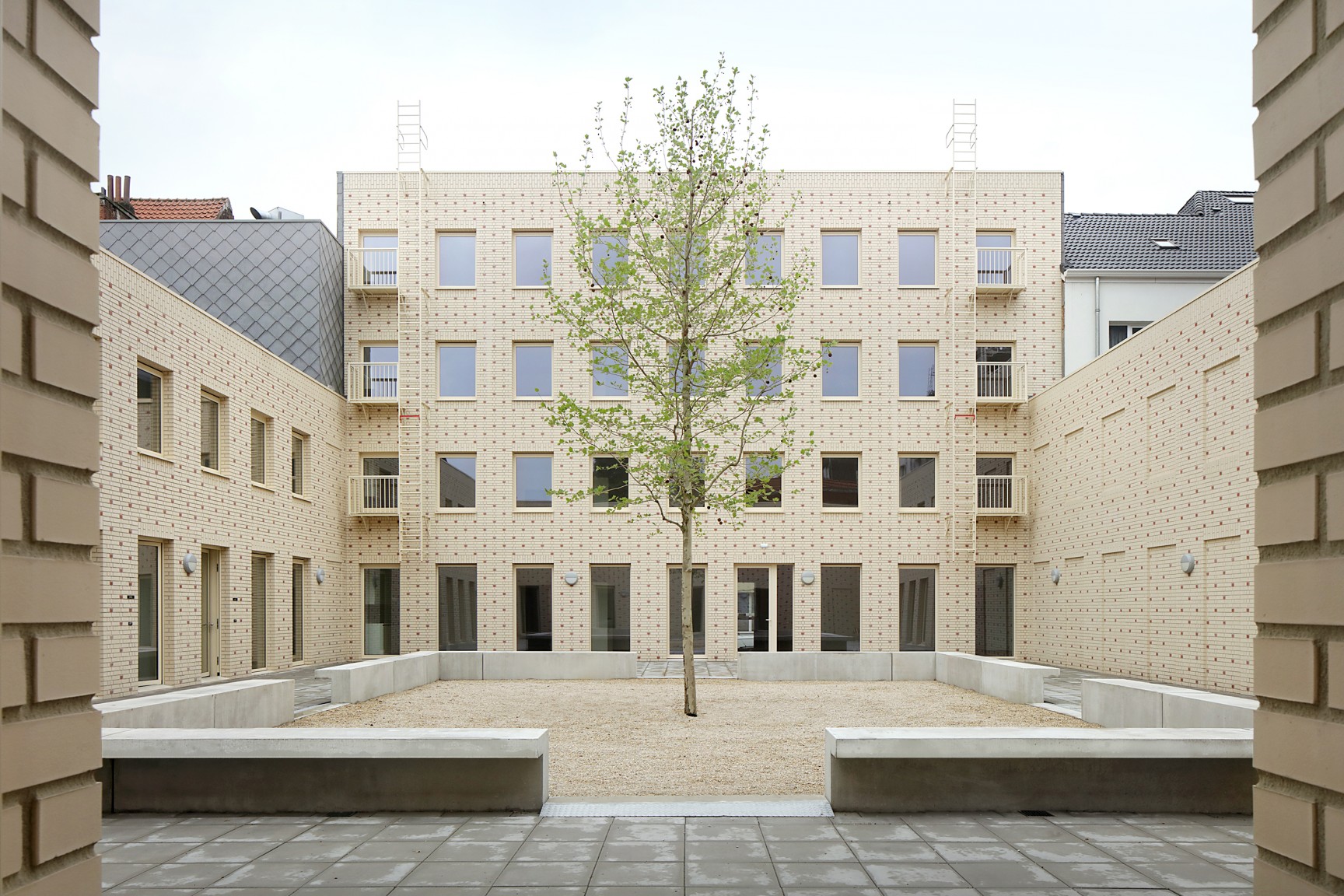 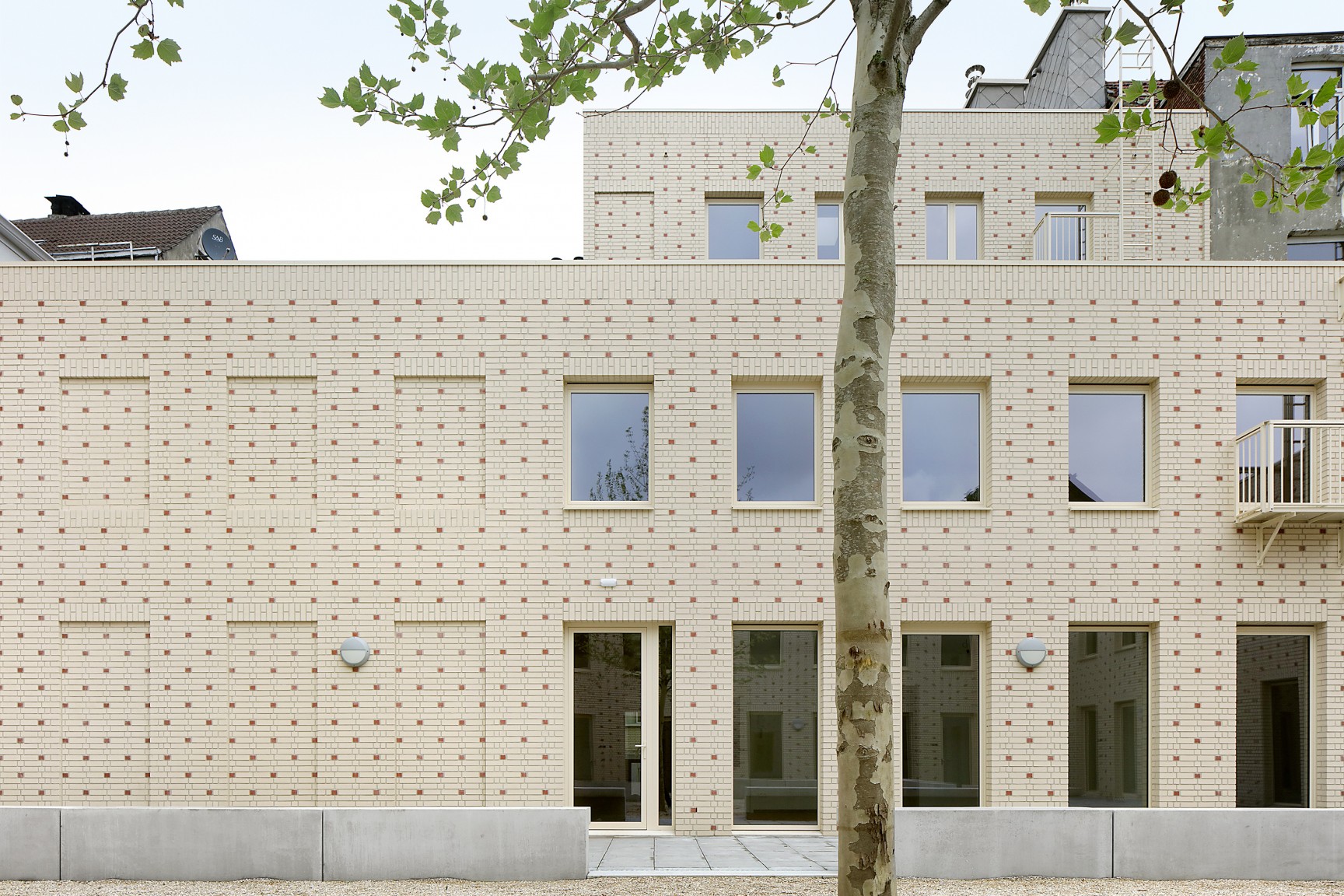 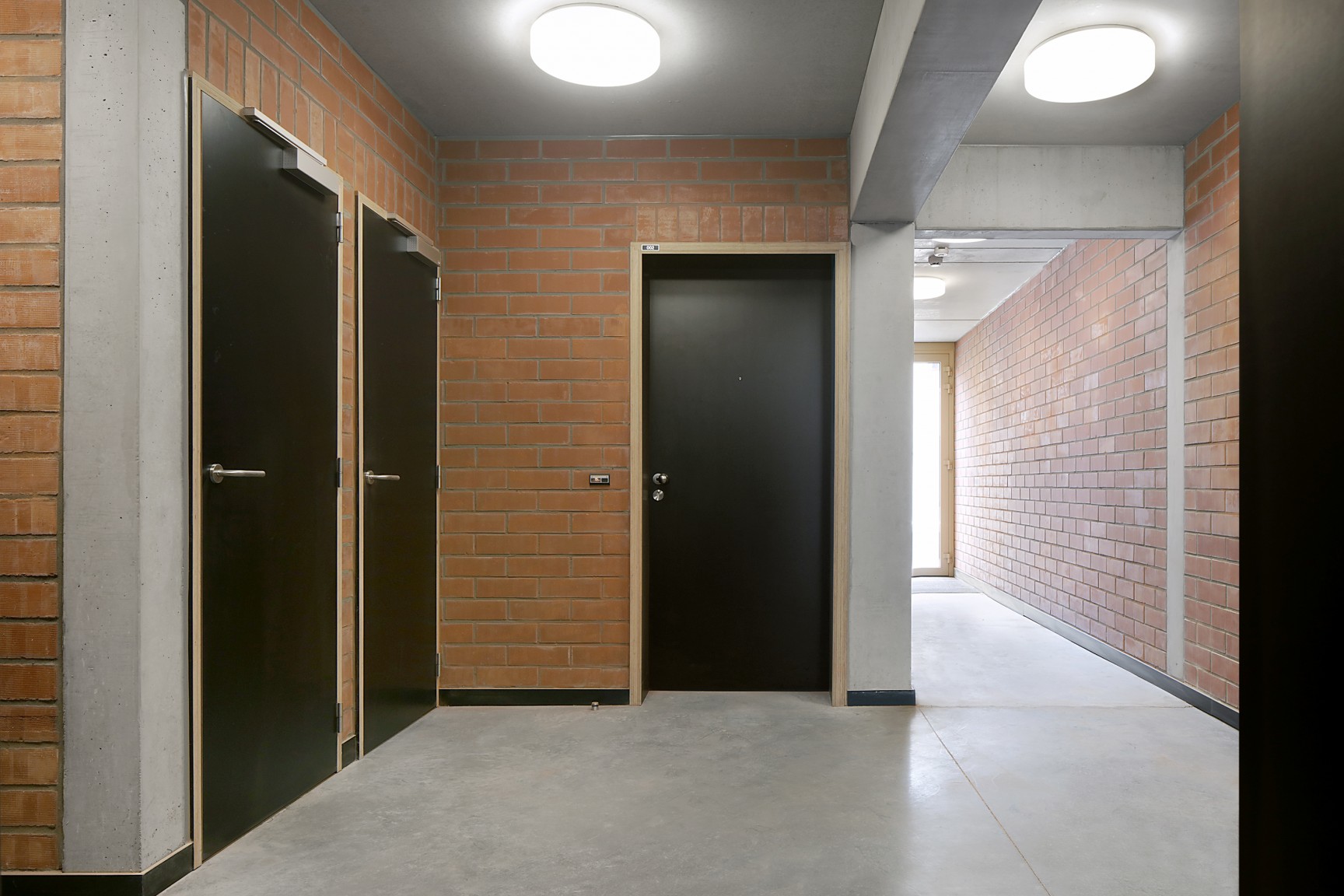 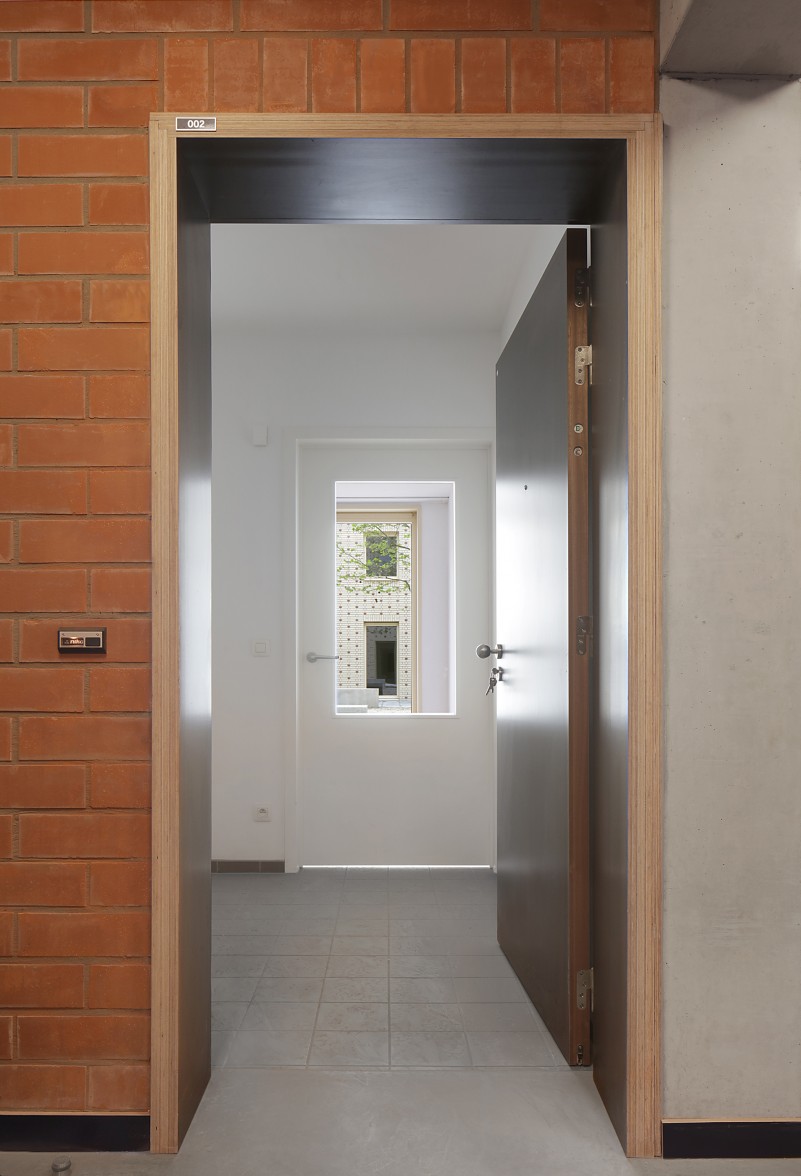 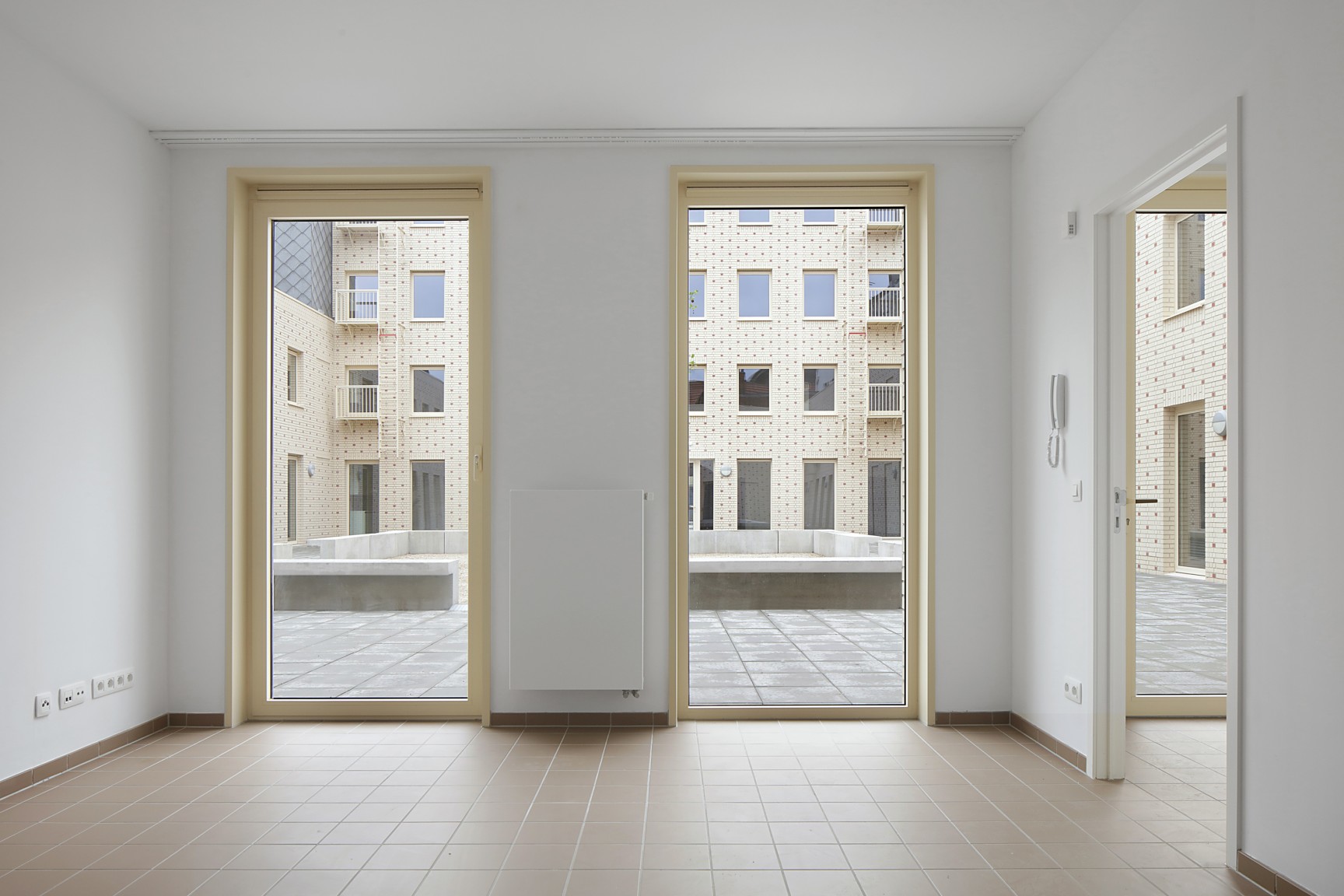 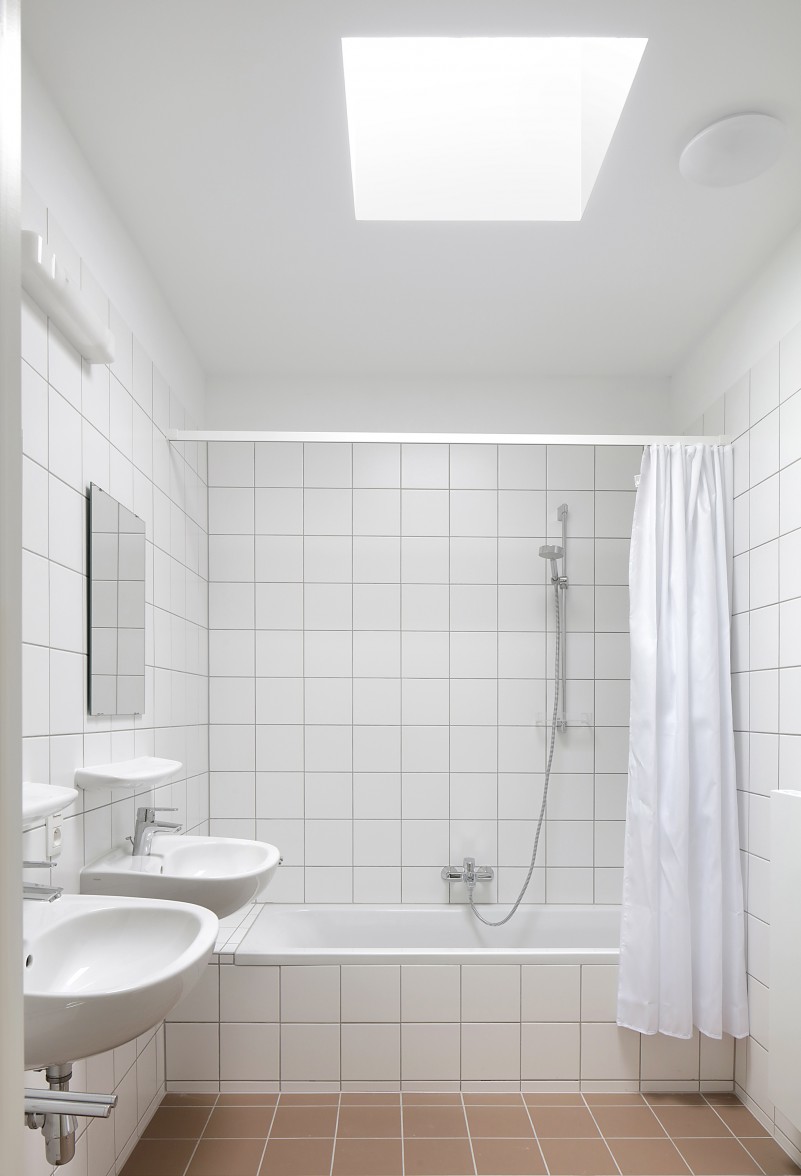 Whereas an architect mainly encroaches on open space, META opted to create it for the Klapdorp social housing project in Antwerp. An inner courtyard organises the various housing units and serves not only as a point of circulation and orientation, but also as a communal leisure area for the residents.

The Klapdorp site in Antwerp, which was home to the ‘Predikerinnen’ convent in the 17th century, was over time systematically built up with various rear structures that lacked spatial quality. Commissioned by the social housing company Woonhaven, META constructed 21 social housing units with an underground car park on the site.

META restored the original building arrangement of the 17th-century convent and, as a reference to the latter, also designed a central courtyard connecting the residential volumes on Klapdorp and Predikerinnenstraat.

The open space is transparent and square in shape, yet private and quiet in atmosphere. In addition to restoring the historical, original building configuration, the central square is used as a communal outdoor space and is, de facto, the collective heart of the project. A central tree, surrounded by a pétanque pitch and a bench, gives the inner area an identity.

A grey concrete plinth forms the basis of the facade design. The facade is made up of a yellow-coloured brick with accents in red coping stones. The joinery is executed tone-on-tone to match the brickwork. The colour of the accent bricks is repeated as a doorway indicator, while letterboxes are incorporated within an elegant detailing.