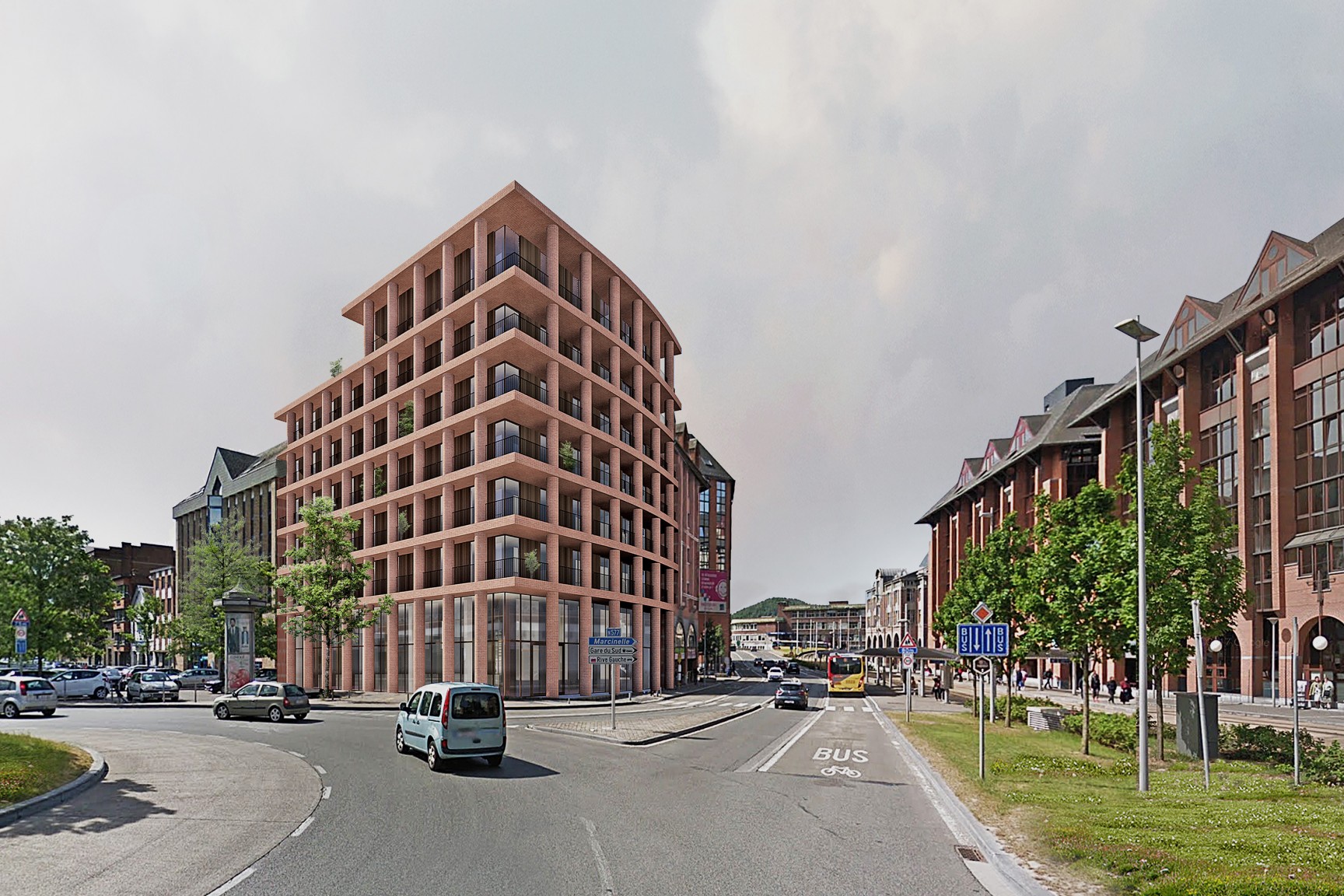 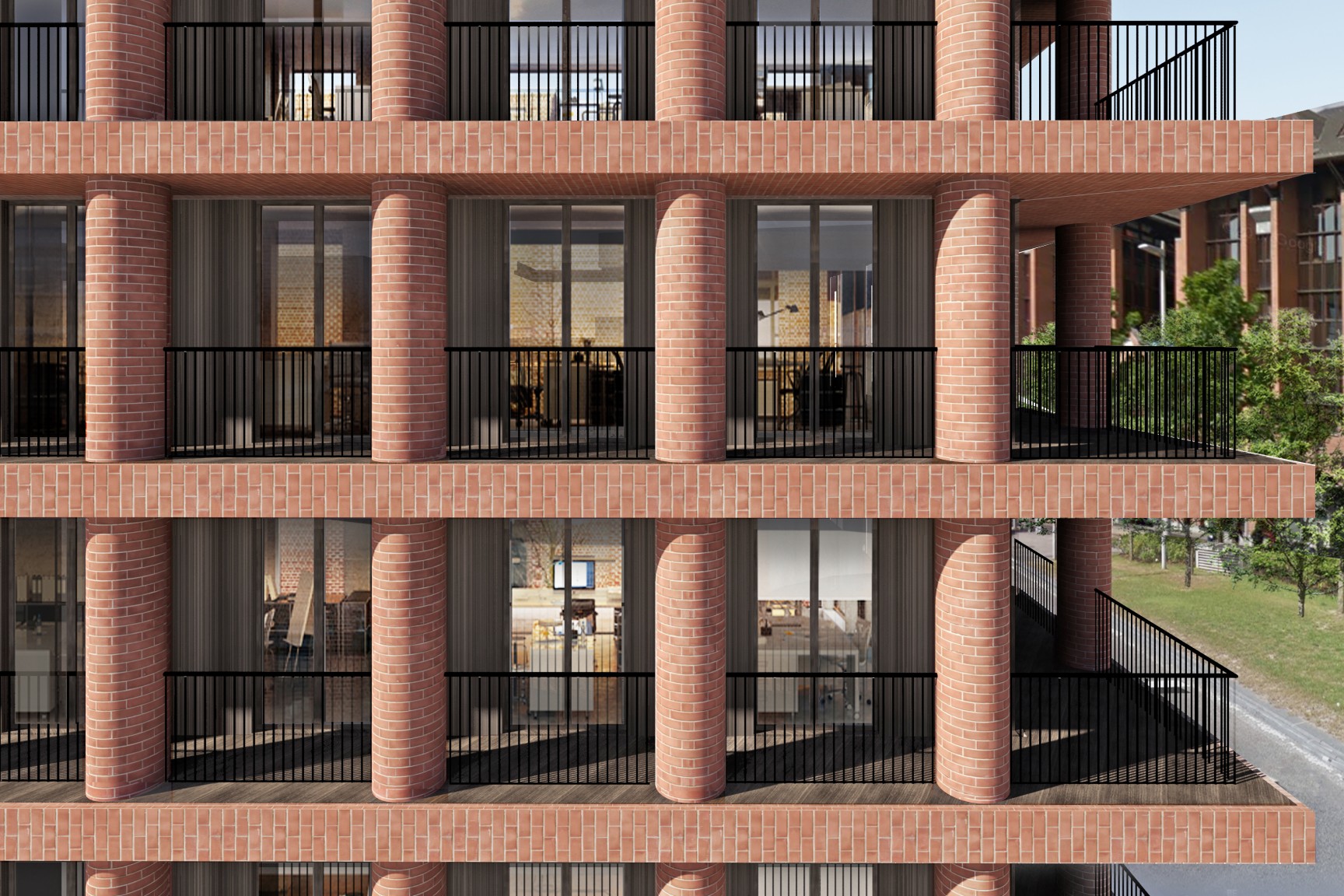 SWCS is the regional social credit company of the Walloon Region with offices throughout Wallonia. The head office is located at Rue de l'Ecluse 10 in Charleroi; a dated office building from the 1980s, which no longer meets today's comfort requirements. In addition, the number of employees has increased significantly in recent years, which has led to a pressing lack of space.
By purchasing the neighbouring vacant lot, SWCS wishes to develop a meaningful urban project, consisting of a combination of offices (as an extension of the existing headquarters) and flats.

The task of the competition was critically questioned.
What if the new project were to be completely transformed into a contemporary office building, while the existing offices were to be converted into flats?
Or what if the new building project was designed in such a way that each floor could contain both offices and flats?

In this way, the variables (the future use of the spaces) and the constants (what is needed to make it work) were clearly mapped out and a two-part plan emerged. A generic rectangle, completely empty, but optimally flexible in order to be filled with various functions; and a wedge-shaped clustering of everything specific, mainly linked to vertical cores, such as sanitary facilities, technical shafts, stair cores and the stairwell.

The rectangle and the wedge shape complement each other perfectly. The two forms follow the plot boundary and ensure optimum use of the available surface area of the building site.

In the rectangle, the SWCS reception facilities are located on levels 0 and +1. Levels +2, +3, +4, and +6 are filled in as offices, while level +5 contains three flats. In time, all office floors can be converted into residential units and vice versa.
On level +7, there is a reception level with a multifunctional meeting room, adjacent to a generous roof terrace, with excellent views of the surroundings.

Because of the dominant presence of red brick in the area, and in order to connect with the existing SWCS office building, the new building will also be built with red brick. The round columns and horizontal terraces are accentuated and give the building a clear stratification.

After years of neglect, META and RGPA (Reservoir A + Goffart Polomé Architectes) are breathing new life into the vacant corner site. The project is seen as a catalyst for the revitalisation of Charleroi's city centre.