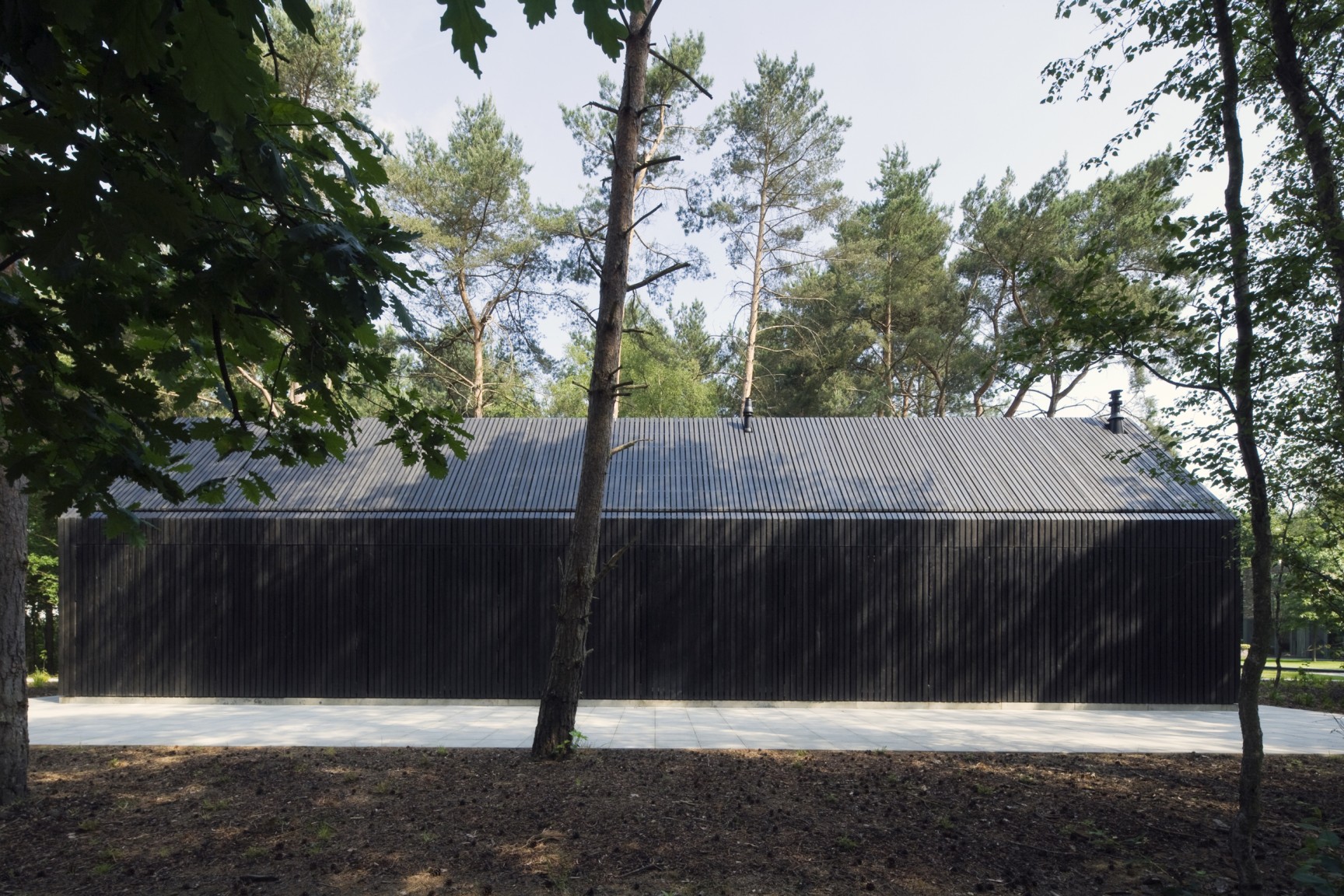 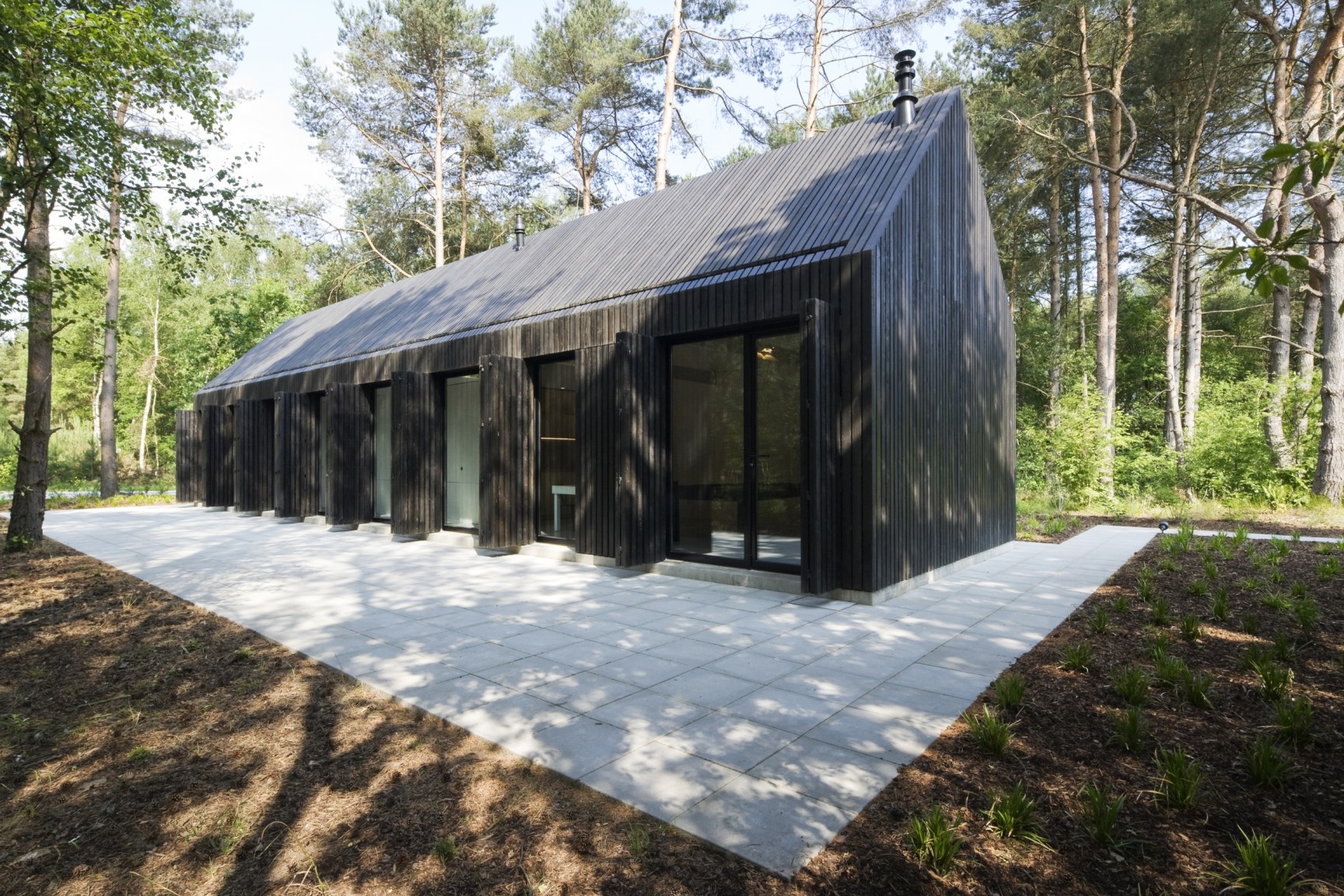 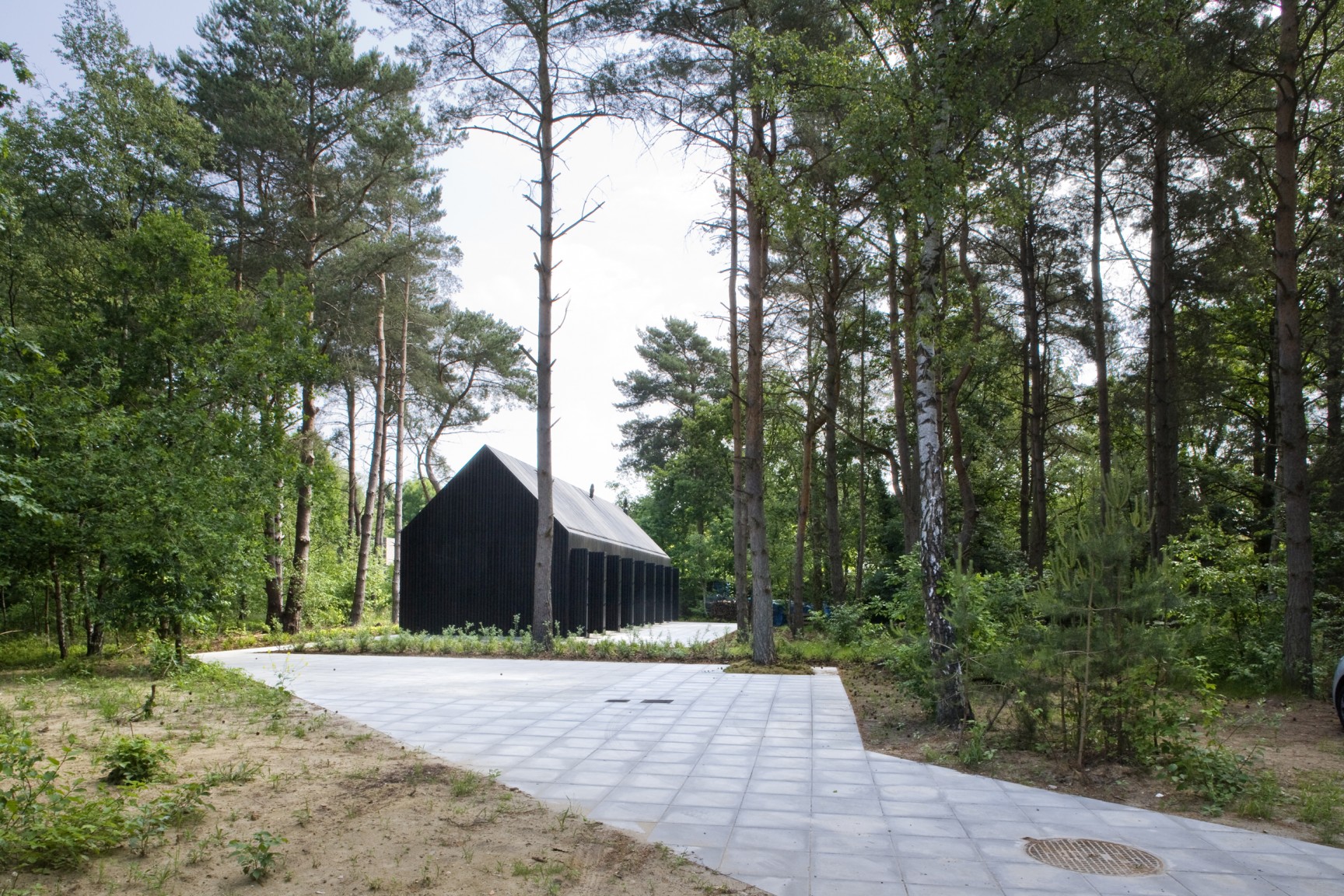 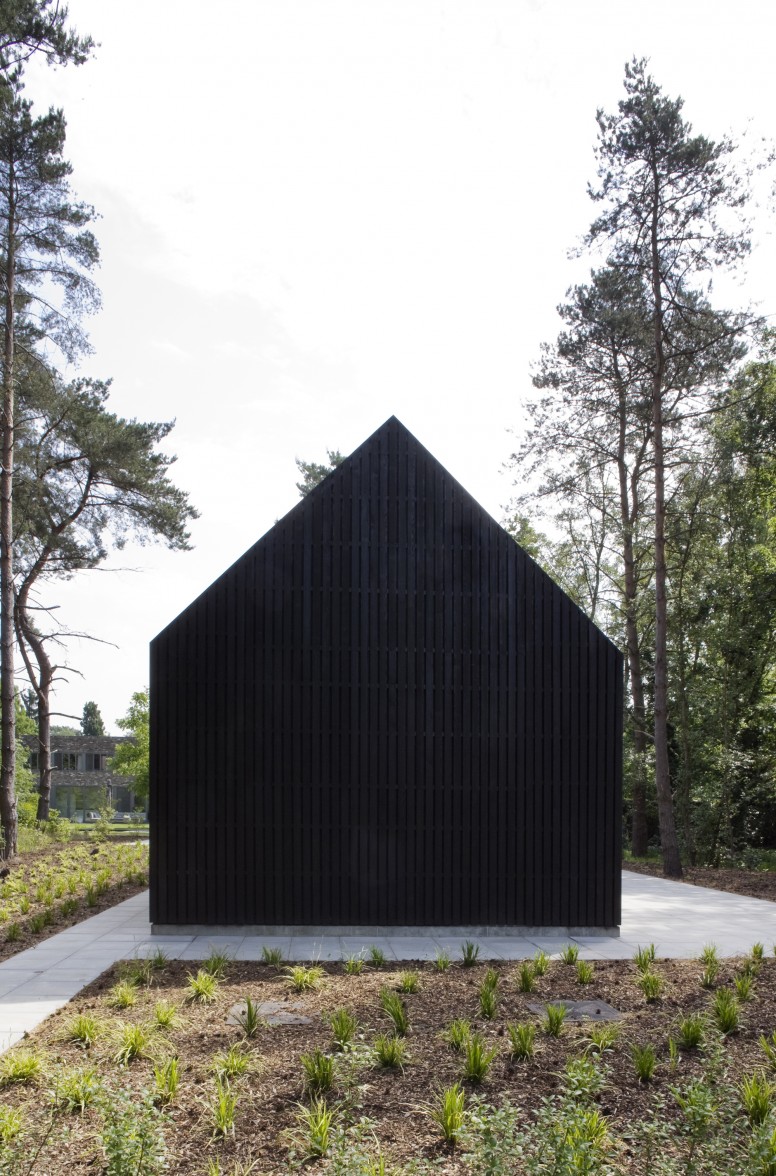 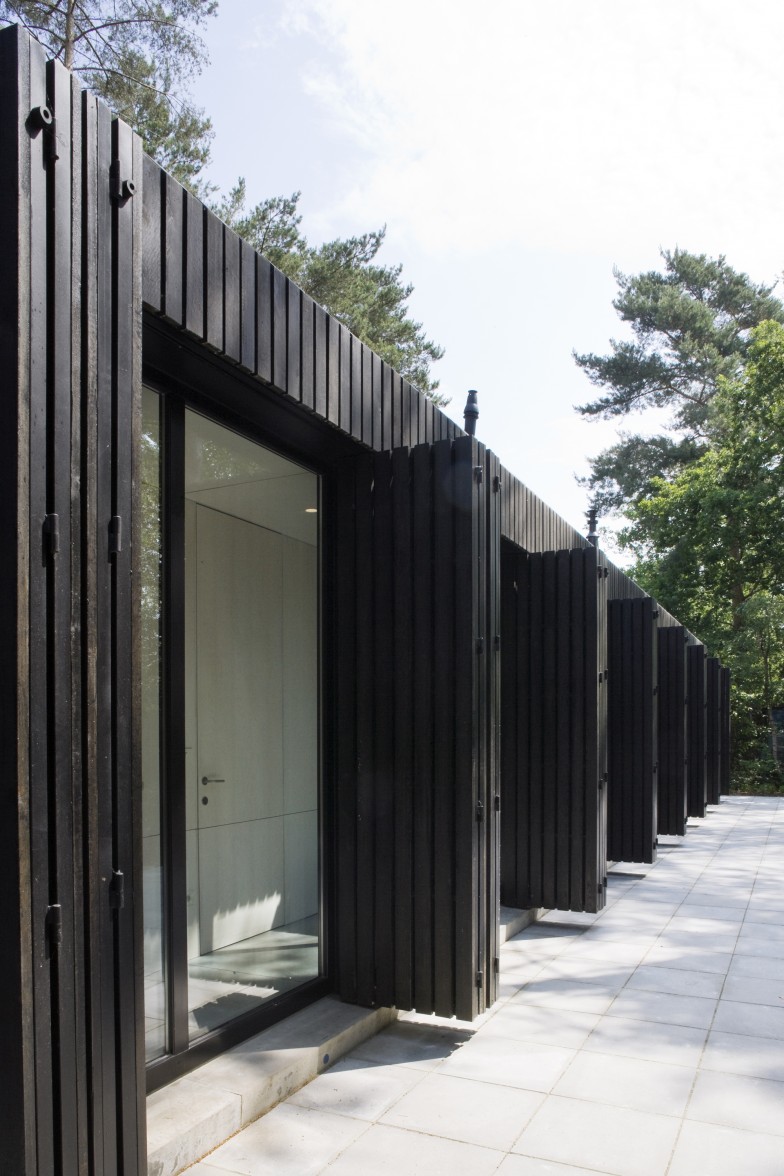 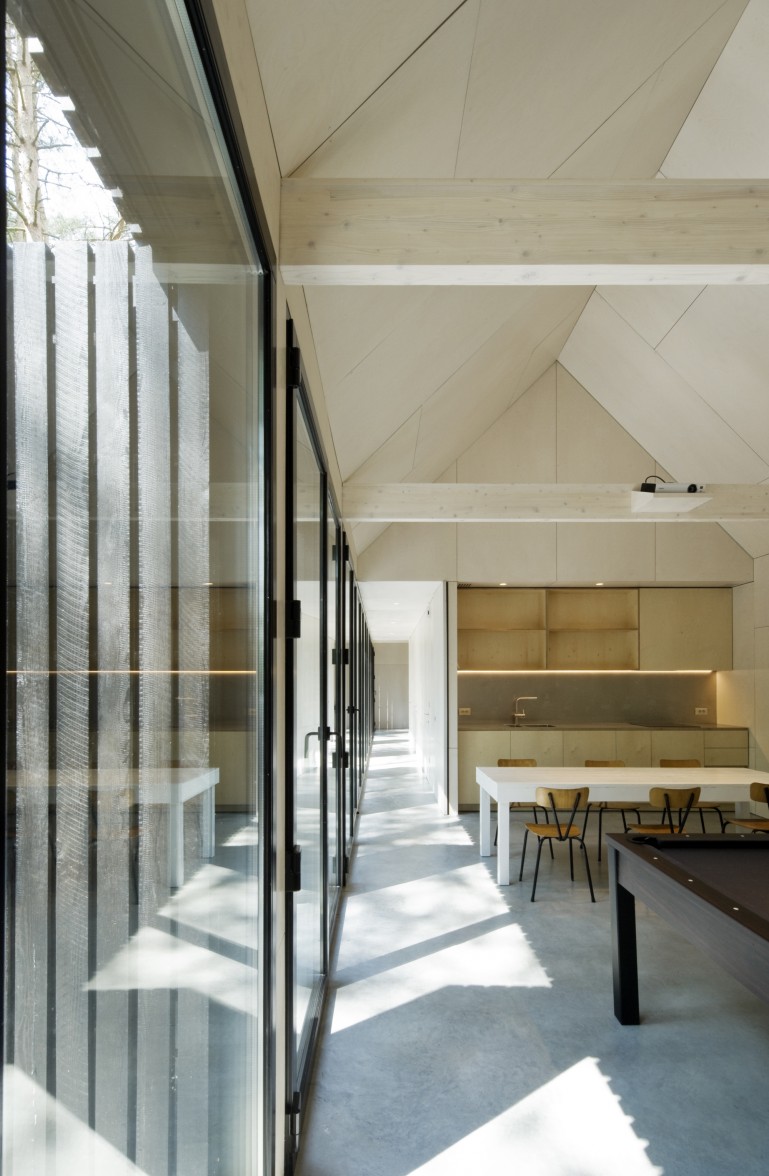 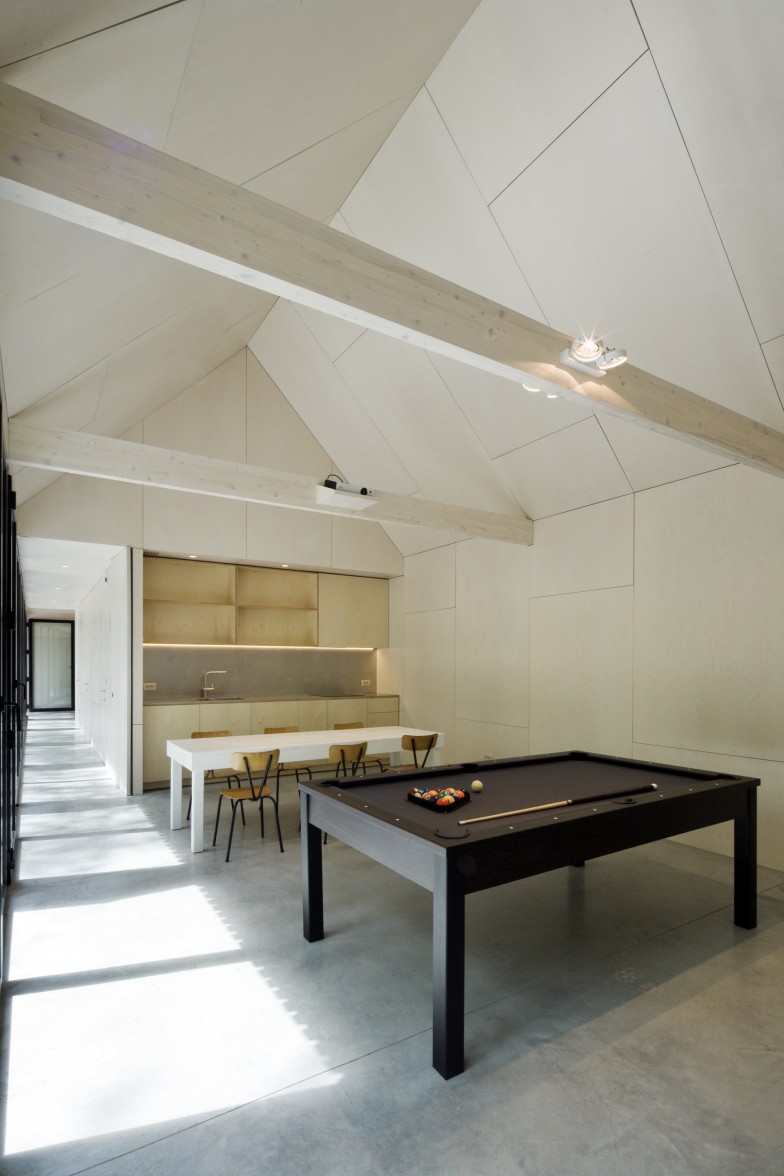 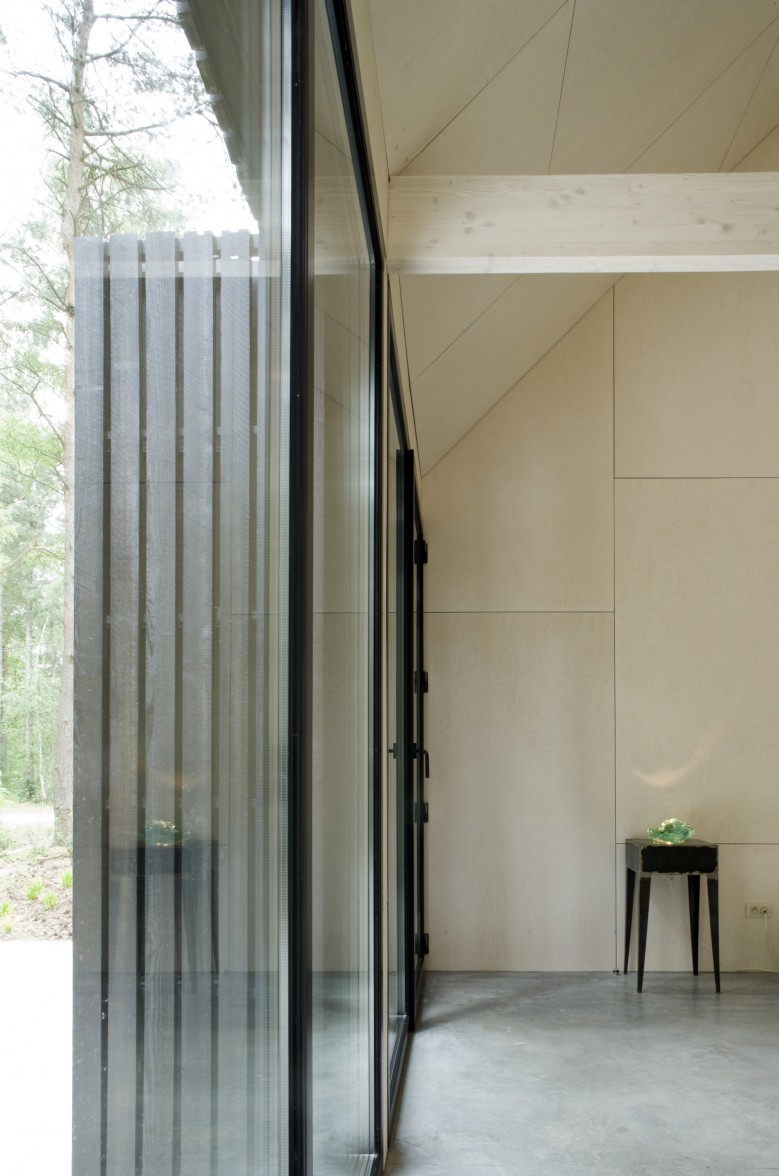 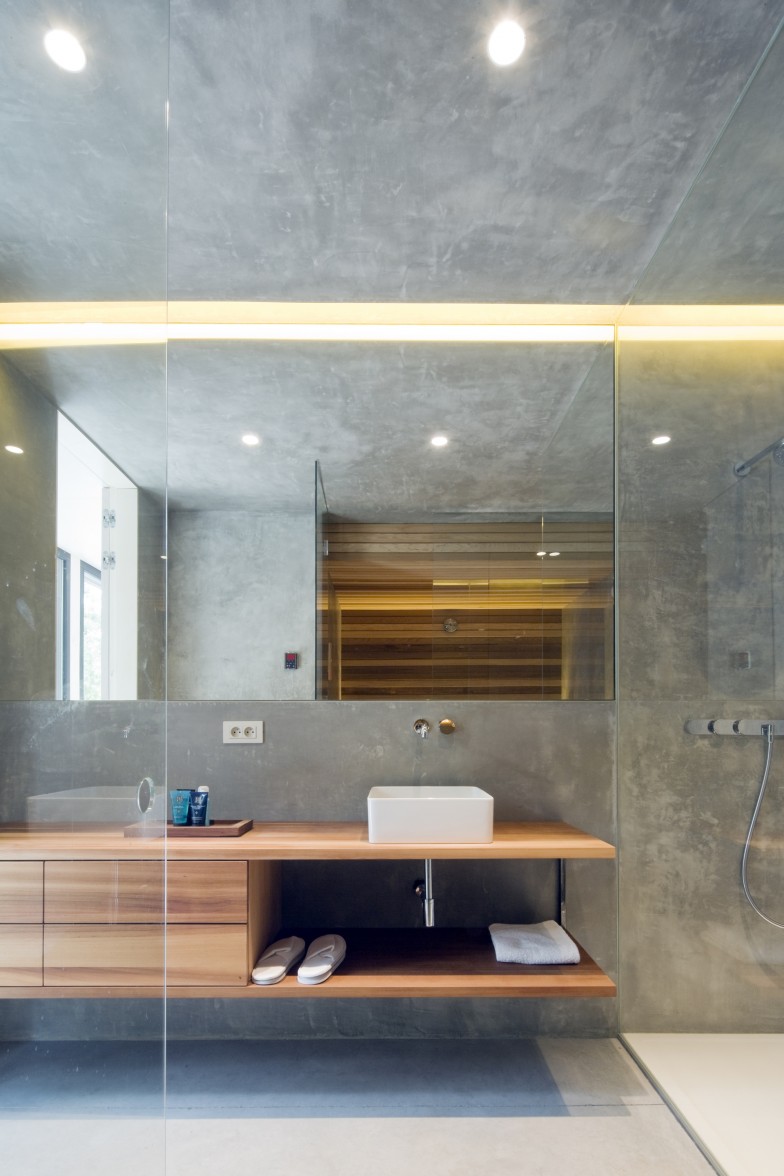 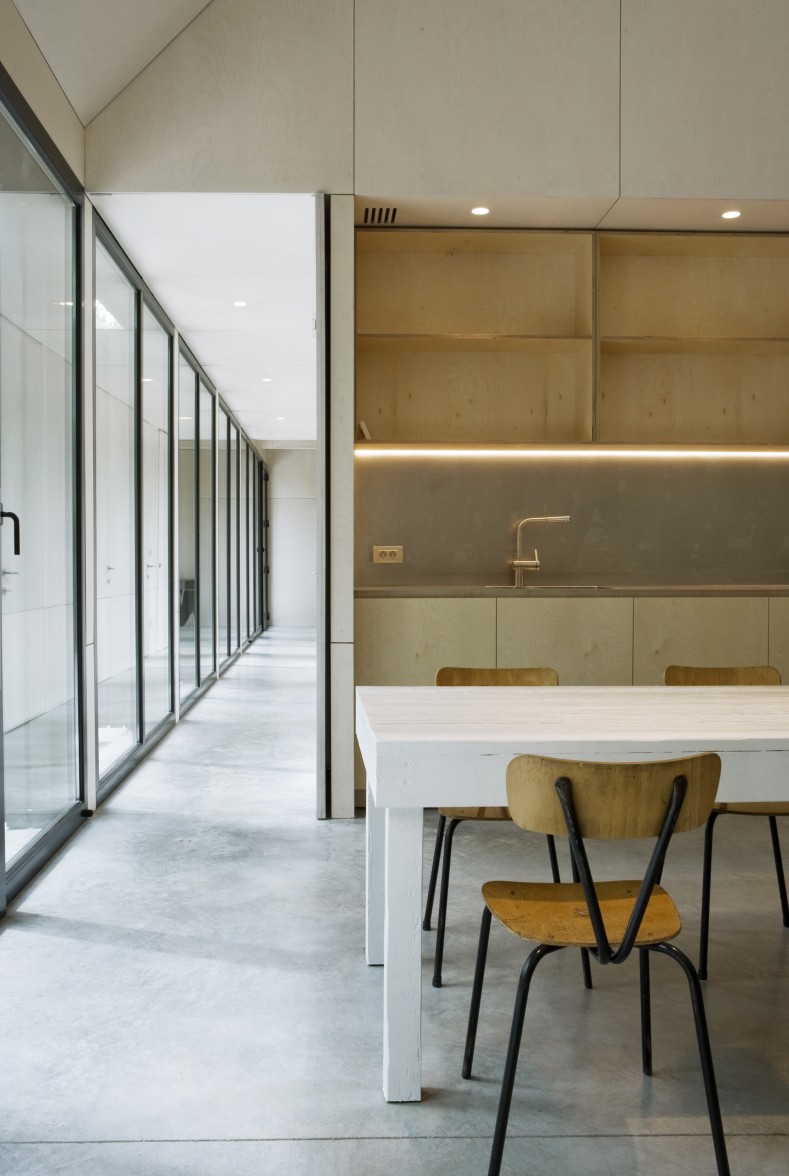 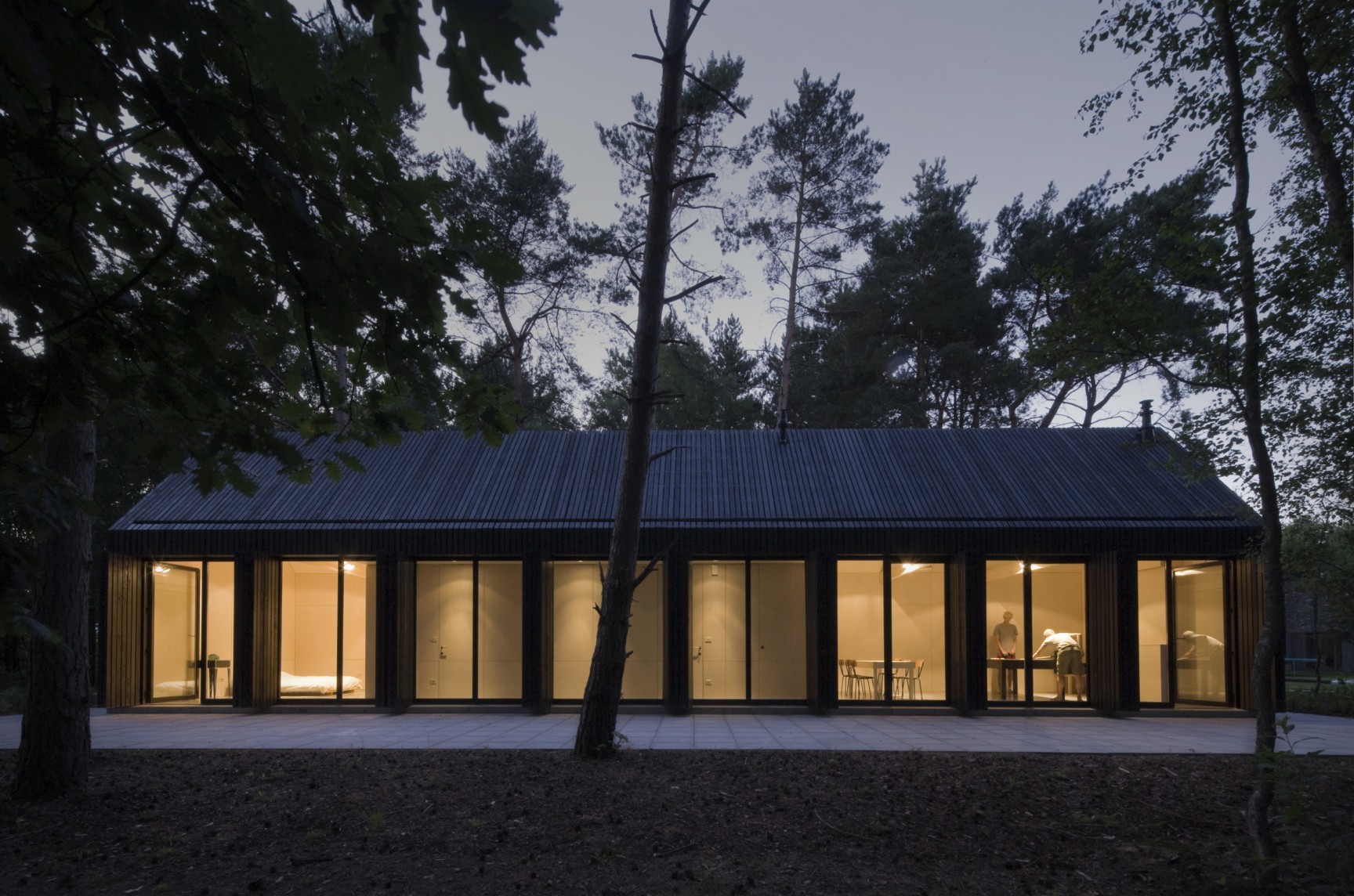 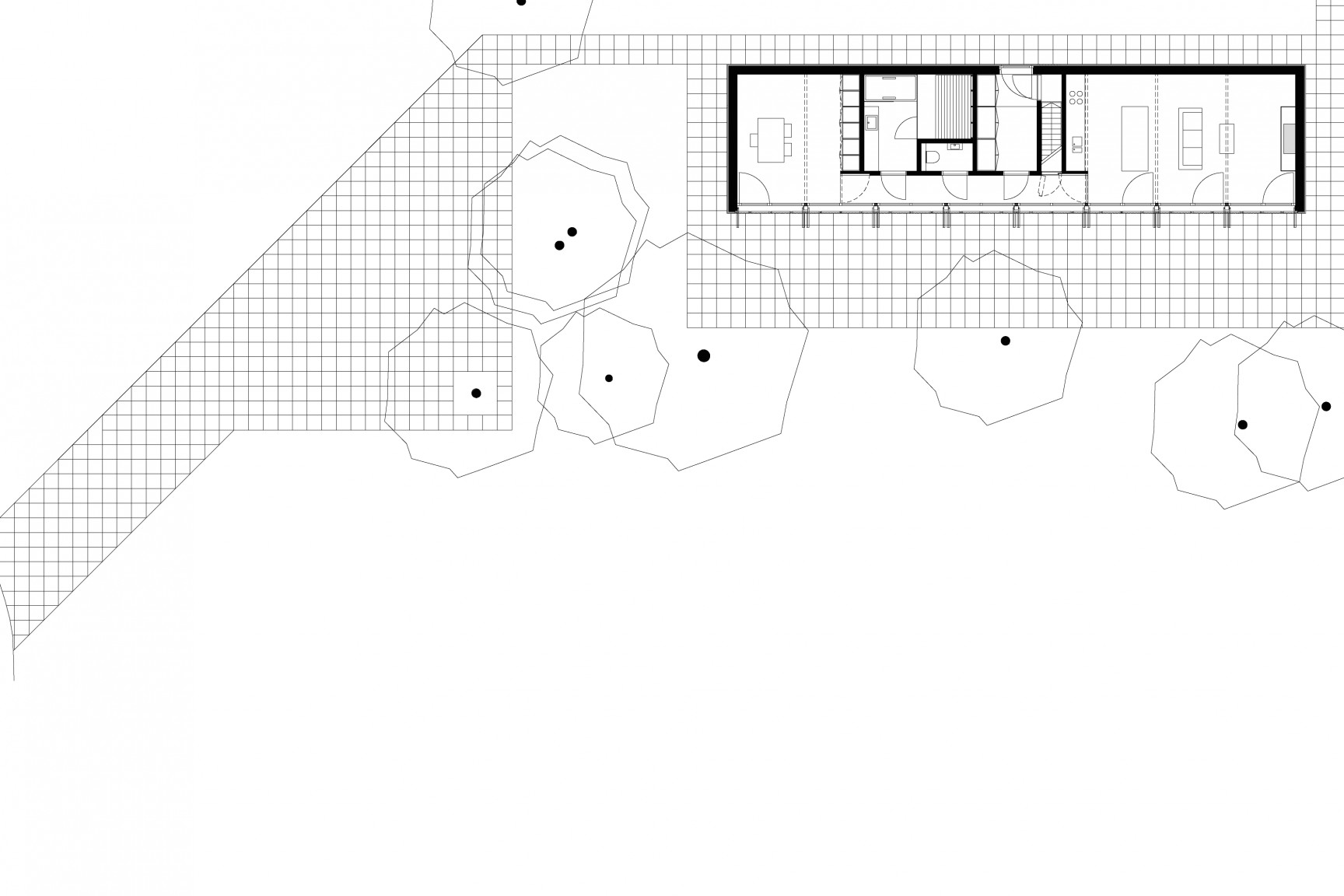 Following the assignment for Woning Cartuyvels META architectuurbureau was also commissioned for a second dwelling for the same family, situated next to the first house.

With its materials (recuperated bricks), texture and detailing the first house gives multiple references to the architecture of traditional Flemish farmhouses. The second house refers to the traditional wooden barn at the farm; entirely built in a timber structure and cladded with wood. On the outside rough black wooden blanks and in the interior smooth, white-stained sheet of birch plywood are used.

The house will mainly serve as an extension to the house next door: as doctor's practice, poolhouse and lodgings. The layout, however, is designed in a way it can easily be transformed into a fully self-contained, autonomous dwelling.

In the elongated volume the living spaces are placed at the two ends: the studio with dining and seating area on the east side and the doctor's practice on the west side of the volume. In the future the practice could be converted into a bedroom. Between the two living spaces is a block situated with the entrance hall, toilet, bathroom, kitchen... On top of this block, under the gabled roof, you will find an attic and underneath the block there is a large basement.

On the south side there is a terrace constructed, stretching out over the entire length of the house. On both sides the house is fully glazed (with the possibility to use shutters). All other sides of the house, except for the glass front door in the north facade, are completely closed.

The shutters on the south side have a double function: they serve as sun blocking, as well as protection against intrusion.

Because of the same use of wooden planks for the shutters, the facades and the gables, the house is a uniform volume. By painting the planks in black the volume submits itself to its surroundings: the tree trunks of the pine trees on the plot have nearly the same color.